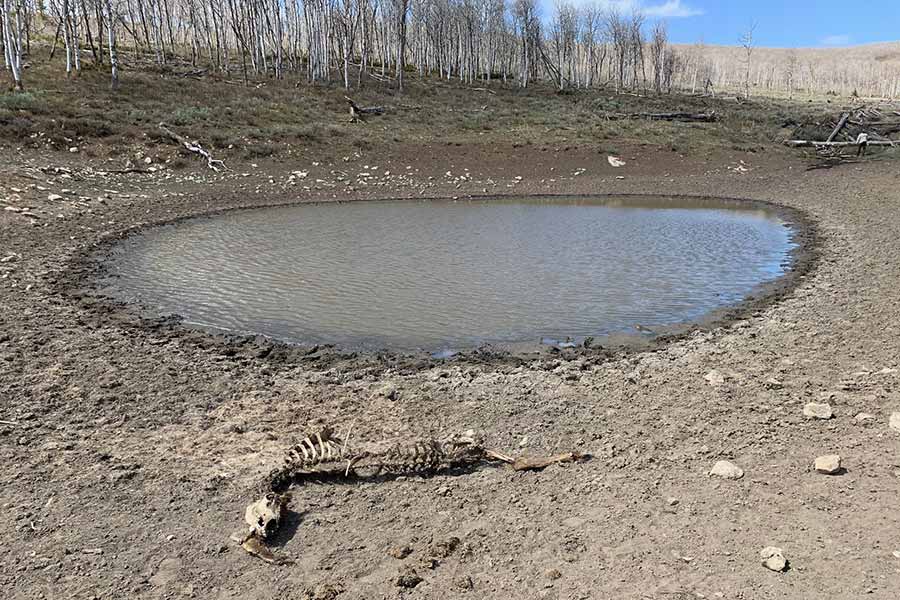 Utah's extreme drought conditions are projected to continue from last year for much of the state. On April 21, Gov. Spencer J. Cox declared a state of emergency due to the dire drought conditions affecting the entire state, similar to last year. The declaration activates the Drought Response Committee and triggers increased monitoring and reporting.

Drought affects many fish and wildlife species and can impact their population numbers. In a nutshell, it may lead some animals to seek food and water in urban areas, causing conflicts with humans. More animals may die due to competition for increasingly limited resources.

This page is a resource for describing the effects of Utah's current drought on wildlife in the state, as well as explaining how the Utah Division of Wildlife Resources is working to try and mitigate these effects.

For more information on current drought conditions across the state, visit drought.utah.gov. For information on last year's drought impacts on wildlife, visit wildlife.utah.gov/drought/2021. 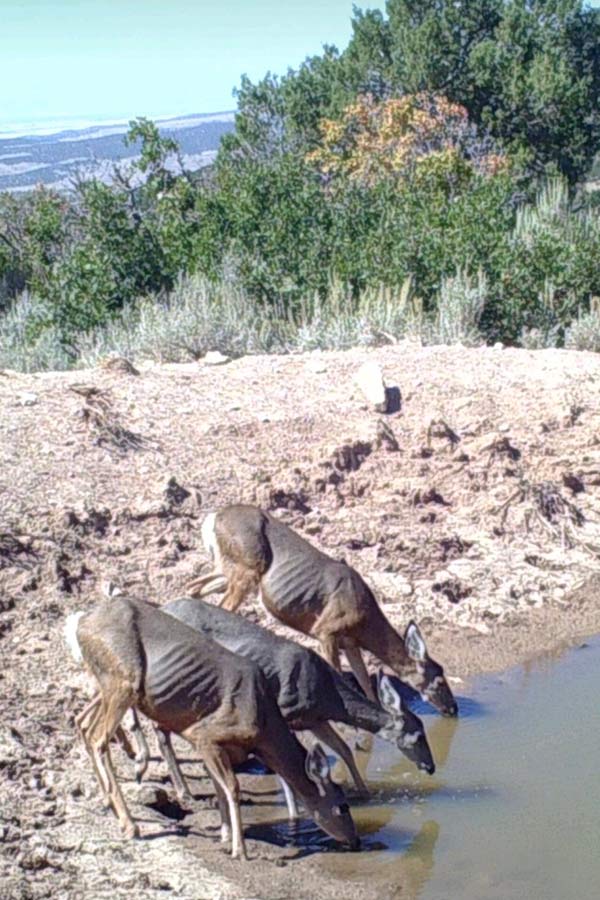 Deer and other big game species can be severely affected by drought. The limited availability of food and water can lead to a reduced number of newborn fawns and fewer fawns that survive their first year. The harsh conditions can also reduce the number of huntable buck deer and result in lower overall deer population numbers.

Drought can also impact antler growth for buck deer because a sparse food supply provides fewer nutrients, which bucks need to grow antlers. Pregnant does also struggle with the decreased food supply during drought years, and if their body condition is poor during pregnancy, their male offspring may have relatively smaller antlers, even after reaching maturity.

Deer and other wildlife can end up in your yard or garden to find food, although there are ways to deter them. It is important that you not try to feed animals such as deer, moose or bear yourself, as you may cause more harm than good. The animals could become habituated and lose their natural fear of people, or they could attract predators.

The best way to help wildlife is to leave them alone and let them stay wild. If, however, you see an animal that looks sickly, is injured or is acting aggressively, you should report it to the nearest DWR office. (Here are other common wildlife scenarios where you should contact the DWR.) 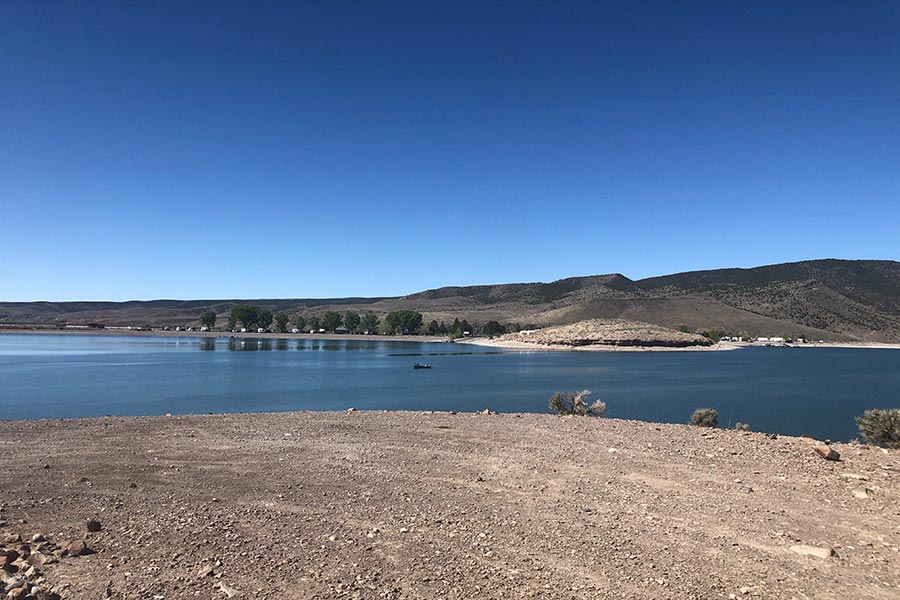 Drought impacts fish by reducing the amount of water available in lakes, reservoirs and streams. Less water heats up more quickly and has less oxygen, stressing the fish and causing more to die. Trout in low-elevation waterbodies are most likely to be impacted by drought, although all fish species can be affected.

The DWR will continue to stock most fisheries at about the same levels as before, except for those projected to have extremely low water levels. If you like to fish, you should visit your favorite lakes and reservoirs as early and as often as you can. Water levels at some places could be so low in the summer that boat ramps won't be functional. Also, go fishing in the mornings and evenings when temperatures are cooler. And if you release your fish, do it in deeper, cooler water so they are more likely to survive.

DWR's ongoing efforts to mitigate the impacts of drought

Because of the dire conditions and the challenges facing fish and wildlife, the DWR has been proactively working to reduce the effects of drought in the following ways:

The DWR will also continue to monitor the following:

Hunting and impacts on wildlife species

Fishing and impacts on aquatic species