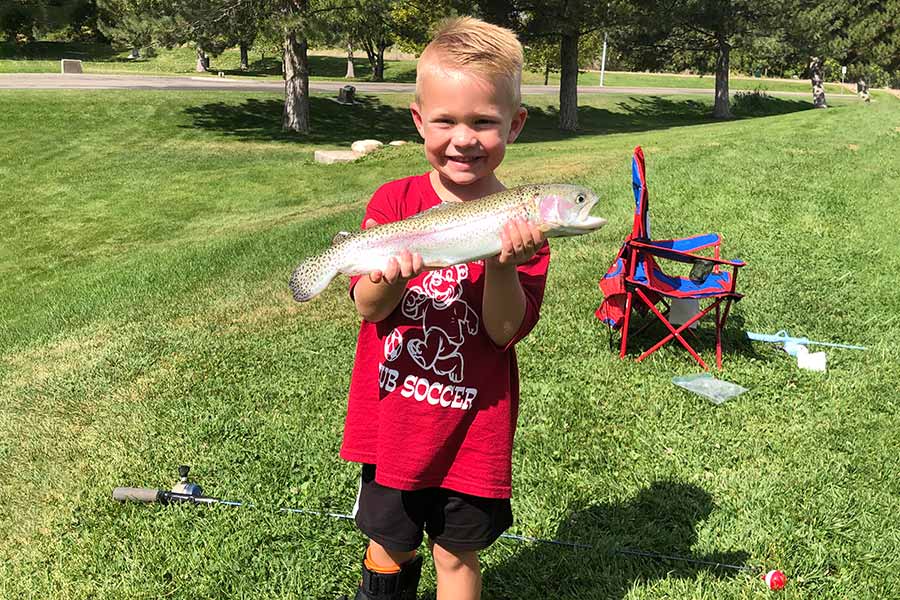 Tips to minimize impacts to fish when fishing at a lake, reservoir during a drought

Salt Lake City — With extreme drought conditions still impacting much of the state, many Utahns are making changes to reduce their water use. If you are planning some fishing trips to any lakes or reservoirs this summer, here are a few changes you can make to help the fish, as well. 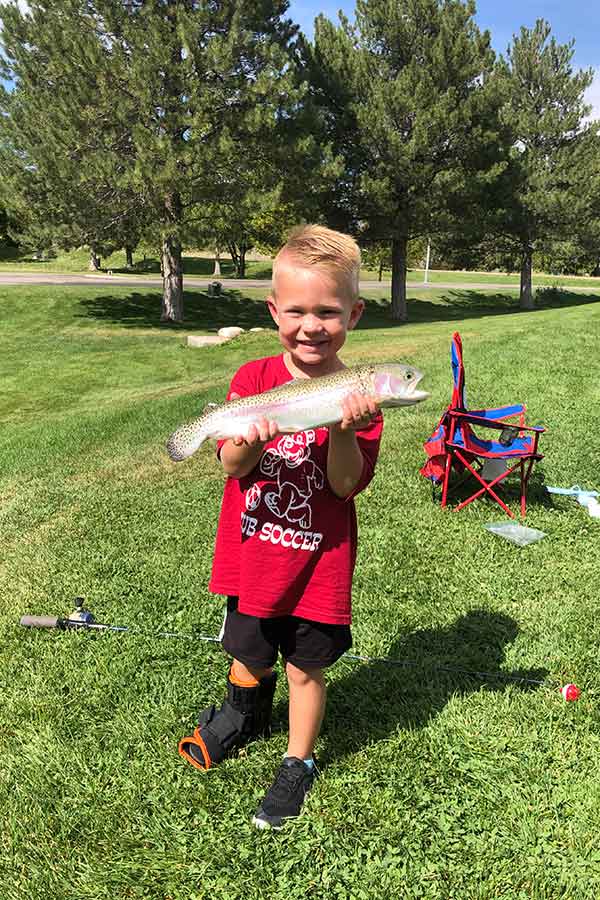 Drought impacts fish by reducing the amount of water available in lakes, reservoirs and streams throughout the state. These are primary habitats for Utah's fish, and having less water affects fish in multiple ways.

"This smaller amount of water heats more quickly and warms to higher temperatures than when there isn't a drought," Utah Division of Wildlife Resources Sportfish Coordinator Randy Oplinger said. "Warmer water also holds less oxygen than colder water. The combination of high temperatures and low oxygen can stress fish, causing poor growth and disease. Fish can also die when temperatures are too warm or the oxygen levels get too low."

Trout in low-elevation waterbodies have the greatest likelihood of being impacted by the drought this year, but low water levels and high water temperatures can affect all fish species.

How fishing could possibly be impacted this summer

If you enjoy fishing from a boat, you should try to visit your favorite lakes and reservoirs as soon — and as often — as you possibly can. Similar to last year, water levels at some reservoirs and lakes could be so low by July that boat ramps may not be functional. Before you plan a boating trip, be sure to check for updates on each waterbody to see if the ramps are open, especially later in the summer.

Similar to last year, the DWR is again strategically determining where fish will be stocked this year, in order to either reduce or eliminate fish from being stocked into waterbodies where biologists think that summer fish kills are possible due to low water. The fish that were scheduled to be stocked into drought-impacted lakes and reservoirs will be relocated and stocked into other waterbodies around the state that won't have low water levels.

"We try, whenever possible, to continue to provide a good fishing experience for anglers, up until we think that water levels will be insufficient," Oplinger said. "Then, we want to reduce the number of fish in that waterbody by decreasing the number of fish that are stocked there. We are hopeful that anglers will catch and harvest most, if not all, of these stocked fish by the time water levels become so low that fish survival is impacted."

How to help fish during a hot, drought year

If you are fishing in a lake or reservoir and want to give the fish you catch and release a better chance of survival during the drought, you should consider fishing in the mornings or evenings when temperatures are cooler. Another way to help fish is to pick a fishing spot that has deeper, cooler water, so you can release any caught fish into an area where they are more likely to survive.

"Basically, try not to fish near little coves that have shallow, stagnant warm water," Oplinger said. "Instead, pick a spot where you can release your fish into better quality water to increase their survival rates during this hot, drought year."