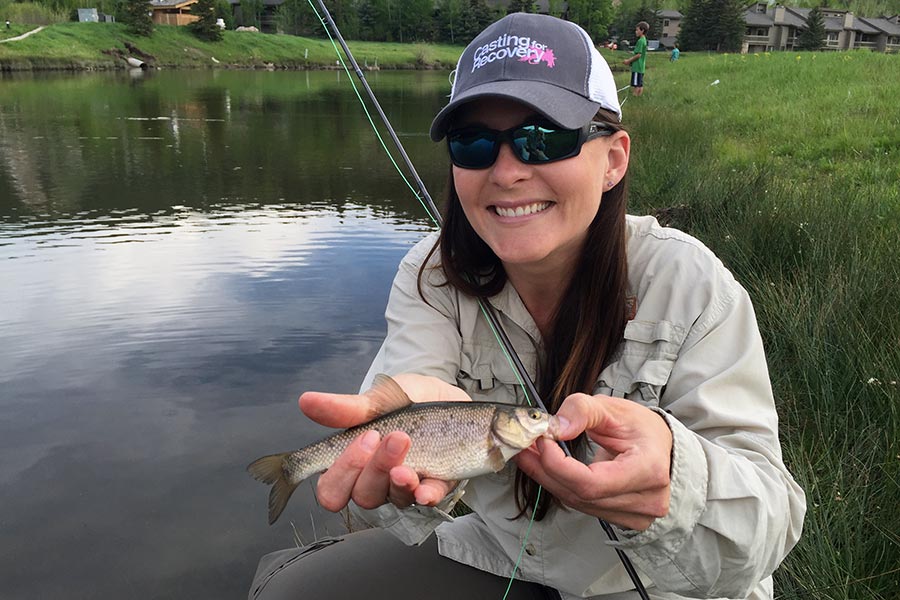 What anglers should know about fishing during a drought year

Salt Lake City — After Gov. Spencer Cox issued an executive order earlier this year declaring a state of emergency due to drought conditions, low water levels are top of mind for many Utahns. Drought impacts many things, including fish and wildlife species. If you are planning some fishing trips this summer, here are a few things to consider before you head out.

Drought impacts fish by reducing the amount of water available in lakes, reservoirs and streams throughout the state. These are primary habitats for Utah's fish, and having less water affects fish in multiple ways.

"This smaller amount of water heats more quickly and warms to higher temperatures than when there isn't a drought," Utah Division of Wildlife Resources Sportfish Coordinator Randy Oplinger said. "Warm water also holds less oxygen than colder water. The combination of high temperatures and low oxygen can stress fish, causing poor growth and disease. Fish can also die when temperatures are too warm or the oxygen levels get too low."

Trout in low-elevation waterbodies have the greatest likelihood of being impacted by the drought this year, but low water levels and high water temperatures can affect all fish species.

How fishing could possibly be impacted this summer

If you enjoy fishing from a boat, you should try to visit your favorite lakes and reservoirs as soon — and as often — as you possibly can. Water levels at some reservoirs and lakes could be so low by July that boat ramps may not be functional. Before you plan a boating trip, be sure to check for updates on each waterbody to see if the ramps are open, especially later in the summer.

The drought may also change the number of fish stocked into certain waterbodies this year.

"There are a few waterbodies where we are expecting to see low water levels due to drought or maintenance work, and in an effort to decrease the number of fish that may die as a result of low water, we have decided to decrease the stocking in these waterbodies," Oplinger said. "We are not entirely cutting the stocking of any waterbody, and if we decrease the number of fish stocked into one lake, we will reallocate those fish to another waterbody where we don't anticipate low water levels. Also, these anticipated stocking changes only impact 1–2% of the lakes and reservoirs in Utah and don't include any of the major fisheries."

How to help fish during a hot, drought year

If you want to give the fish you catch and release a better chance of survival during the drought, you should consider fishing in the mornings or evenings when temperatures are cooler. Another way to help fish is to pick a fishing spot that has deeper, cooler water, so you can release any caught fish into an area where they are more likely to survive.

"Basically, try not to fish near little coves that have shallow, stagnant warm water," Oplinger said. "Instead, pick a spot where you can release your fish into better quality water to increase their survival rates during this hot, drought year."

"If you intend to release trout after catching them — and you expect them to survive — you need to consider the impacts of low and warm water conditions," Brett Prettyman, the Trout Unlimited communications director for science, Western water & habitat and headwater programs said. "Drought leads to reduced flows and increased temperatures. Each of these can individually create deadly conditions for trout — together they will almost assuredly end in the loss of fish. The additional stress of being caught could easily be the final blow during drought situations. Unless you plan to keep the fish, you should consider not fishing when conditions could be fatal to the fish, particularly where fisheries are sustained by natural recruitment."