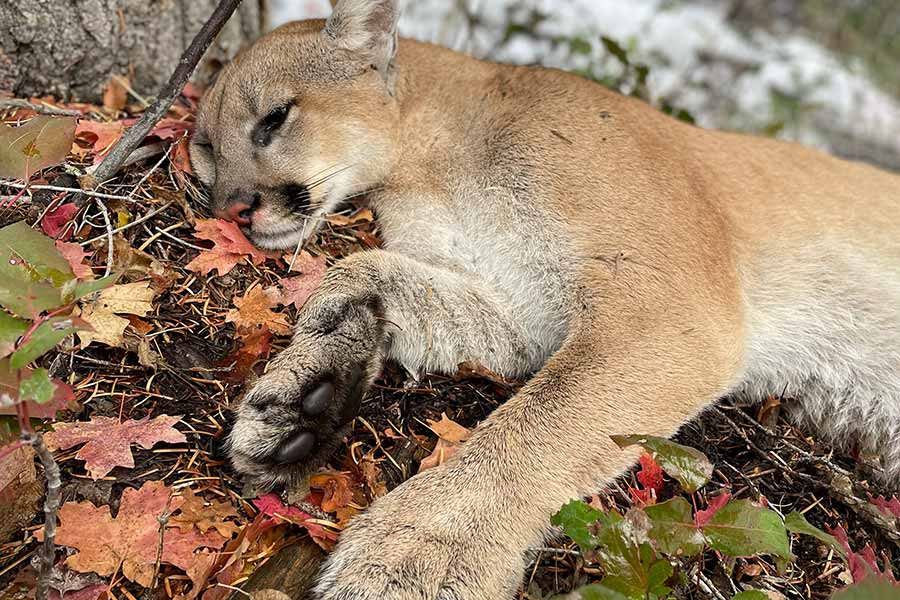 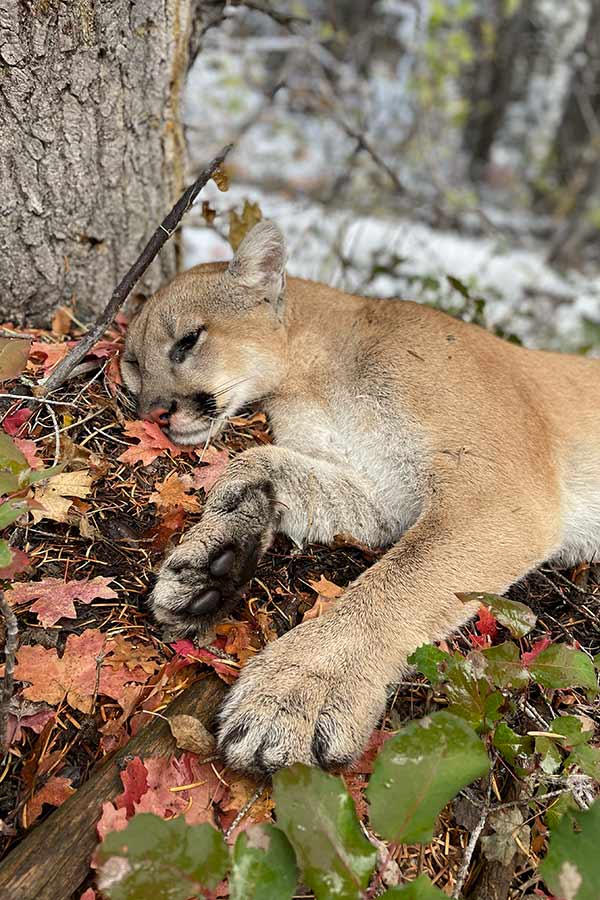 This cougar was tranquilized and fitted with a GPS collar as part of an ongoing research study.

Salt Lake City — Cougars, mountain lions, pumas: They have several different names, but these elusive predators can be found throughout Utah. While cougar attacks are quite rare in the U.S., there is always the chance you may see a cougar on your doorbell camera footage or while you are out hiking this summer. If you do happen to encounter a cougar, there are a few simple steps you can take to keep yourself safe.

Cougars can be found throughout Utah, usually in the foothill and canyon areas, but also sometimes down in the valleys — especially during the winter months when they follow food-seeking deer to lower elevations. Trends of population data indicate that cougar numbers in Utah have been growing steadily for the last few years.

The main prey of cougars is deer, so they can be found wherever deer are. They will also eat elk, pronghorn, small mammals and sometimes birds. After making a kill, a cougar will often hide or cache the carcass by covering it with soil, leaves or snow, saving it to feed on later.

While many wildlife species are heavily impacted by drought, drought conditions typically don't have a substantial short-term impact on cougars. With declines in deer numbers from drought conditions, there could be a longer-term decline in cougar numbers; however, in areas with alternative prey sources, cougars may still have enough to eat and there may not be any decline in cougar numbers. If severe drought conditions cause prey to leave an area, the cougars will likely follow and leave the area, as well. It is possible that deer seeking water sources in towns and cities may draw cougars to those areas this summer as well.

"People are the most likely to encounter cougars in areas frequented by mule deer and during the early morning and at dusk, when cougars are most likely to be hunting," Utah Division of WIldlife Resources Game Mammals Coordinator Darren DeBloois said.

Here are some tips to help prevent conflicts with cougars:

In the rare event that you do happen to encounter a cougar, here are some tips to help keep you safe:

"Typically, a cougar that is trying to prey on something will sneak up and ambush them," DeBloois said. "When a cougar lunges or bluffs a charge at someone, they are typically just trying to drive them out of the area because they have kittens or a kill nearby that they are trying to protect."

You should report a cougar sighting if: