SALT LAKE CITY — The Utah Wildlife Board approved the big game hunting permits for the 2022 seasons — which included a decrease in the number of general-season deer hunting permits — as well as a variety of other big game recommendations during its Thursday meeting.

Why the changes were made

The Utah Division of Wildlife Resources manages deer, elk and other wildlife in accordance with approved management plans in order to help maintain healthy wildlife populations across the state. DWR biologists evaluate the health of deer populations throughout the year (through GPS collaring efforts and surveys) and also assess the previous year’s harvest data from the deer and elk hunts. Those data are factored in with current habitat and environmental conditions across the state — which includes the extreme drought conditions — before the hunting permit recommendations are made for the upcoming hunting seasons. 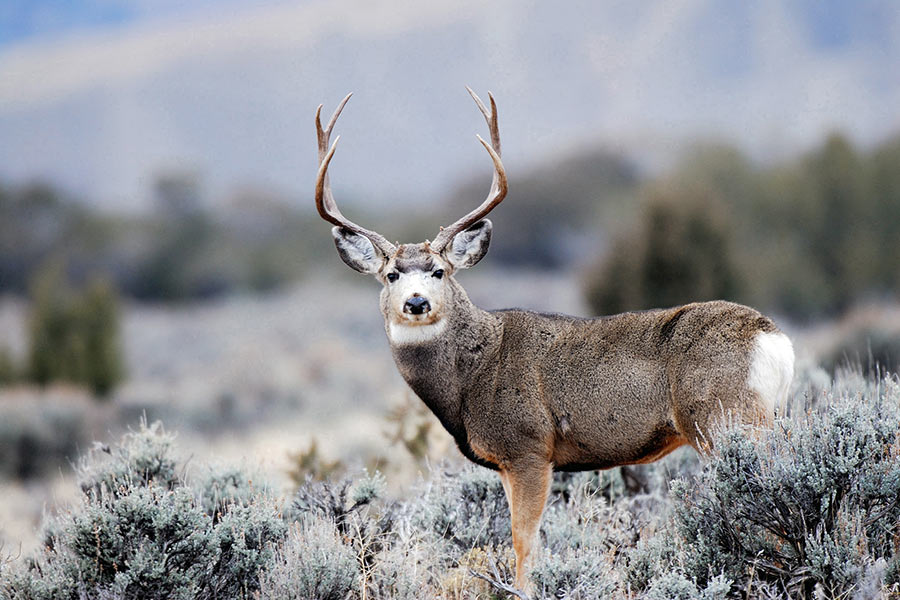 The current management plan includes an objective to have just over 400,000 deer across Utah — there are currently an estimated 305,700 deer in the state.

“We’ve had several years of drought and are still facing ongoing extreme drought conditions statewide, which has a significant impact on the survival rates of deer,” DWR Big Game Coordinator Covy Jones said. “We currently have more demand for deer hunting in Utah than we have the supply for. While it is antlerless deer permits, not buck permits, that impact deer population numbers, we are recommending a decrease for both types of permits. We use the data and management plans to make proactive recommendations to achieve healthier herds.”

“The number of permits we recommended for 2022 will help us achieve or maintain the objectives detailed in Utah’s mule deer management plan for harvest size, animal quality and hunting opportunity,” Jones said.

The current management plan includes an objective of an average age of bull harvest between 4.5 to 8 years of age. The board approved a decrease on some units, but an overall increase in bull elk permits for the 2022 public drawing.

The table below shows all the approved permits for the 2022 big game and antlerless hunting seasons:

Elk are impacted differently by drought because survival of adults typically remains high, while pregnancy rates have been shown to decline during extreme drought conditions. DWR biologists typically do a census on the state’s elk units on a three-year rotation. This year, the northern parts of the state were surveyed, and elk populations actually slightly increased in some of those areas since they didn’t experience the same extreme drought conditions as some of the central and southern portions of the state. Many of these hunting areas are largely made up of private lands, so DWR biologists are working with private landowners to address depredation issues where elk populations are above objective.

Much of the rest of the state, including central, southern and southeastern Utah, have elk populations that are at or slightly below their population objectives. As a result, the wildlife board approved a slight decrease for the antlerless elk permits that will be available in the public antlerless drawing in 2022.

The DWR oversees the Cooperative Wildlife Management Unit program, which allocates hunting permits to private landowners who then provide hunting opportunities to public and private hunters for a variety of wildlife species. The CWMU program in Utah has opened more than 2 million acres of private land to the public for hunting. During Thursday’s meeting, the wildlife board approved 263 antlerless permits on 21 CWMUs, making a total of 1,307 antlerless permits for 69 CWMUs for the 2022 hunting season.

The wildlife board also approved a five-year extension of the bison management strategy for the herd on Antelope Island, which includes harvesting a few older-age bison on the island through limited once-in-a-lifetime permits.

The board once again approved extending the season dates for the bighorn sheep conservation permits until Dec. 31. That extended season date has been approved for the past 15 years for bighorn sheep conservation permits and was approved for the upcoming 2022-24 seasons. The DWR will also propose this extension in the future, making it permanent to avoid the need to request a variance each year.

You can watch the full meeting on the Utah Department of Natural Resources YouTube channel.