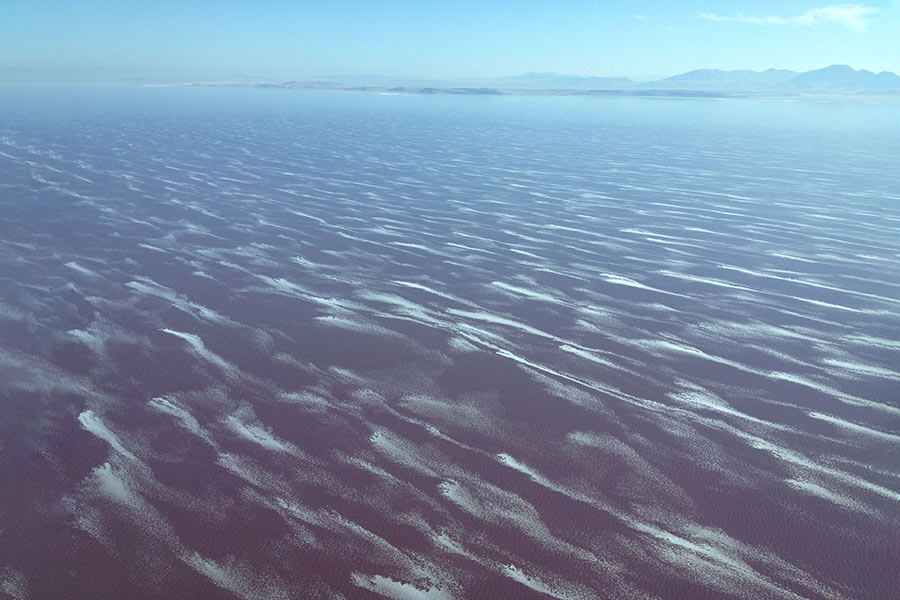 A contributing factor to the lake's color (and smell)

Algae, a term for the tiny, photosynthetic organisms that comprise the Great Salt Lake's phytoplankton, play an important role in the lake's ecosystem and food web. Many species of algae are found throughout the lake, swimming or drifting in the open water (known as pelagic zones), or grounded at the bottom of the lake (benthic zones) on surfaces of bioherms or rocks. They grow and spread by consuming the lake's nutrients, and are the primary food source of brine shrimp and brine flies.

Not only do algae provide nutritious food for the lake's other organisms, they — specifically, chlorophyte algae and cyanobacteria (aka "blue-green algae") — also provide oxygen through photosynthesis.

Because brine shrimp living in the lake need oxygen, and because oxygen is normally sparse in hypersaline environments, the presence of algae is critical in allowing brine shrimp populations to thrive. In addition, algae in the benthic zones, such as diatoms and cyanobacteria, work with the lake's unique chemical components to form bioherms, which provide crucial habitat for brine fly larvae. 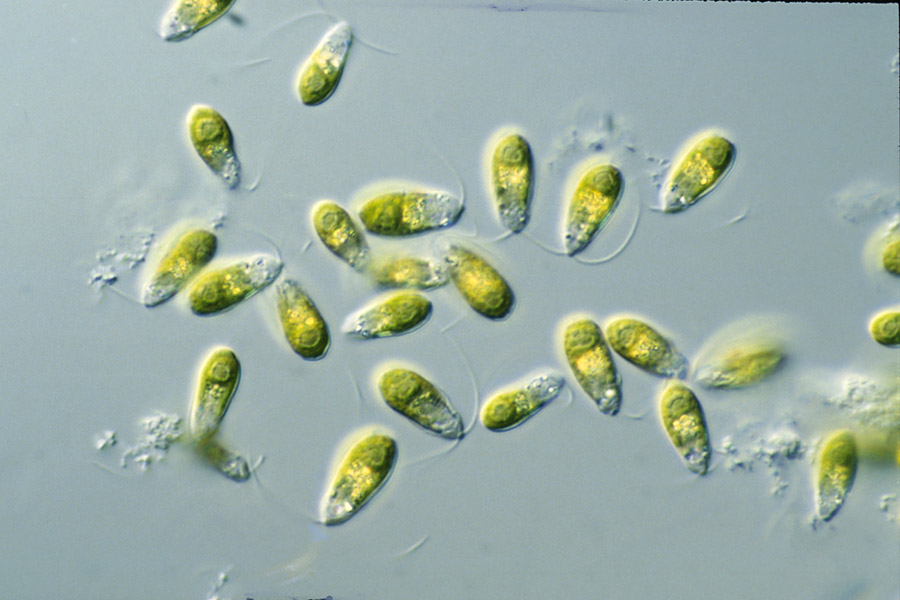 A higher snowpack than usual, for instance, can increase lakewater levels and create a fresher lake with more algal diversity. However, brine shrimp are unable to digest all types of algae, such as hard-shelled diatoms, and tend to prefer Dunaliella viridis, a green, single-celled algae that can survive at higher salinity levels.

On the other hand, in years with a lower snowpack or drought conditions, salinity of the lake increases and Dunaliella viridis grows rampantly. Brine shrimp populations flourish. Thus there exists a delicate balance between salinity, algal species and brine shrimp. The number of algal species fluctuates from as few as six (in high salinity) to as many as 144 (in low salinity). 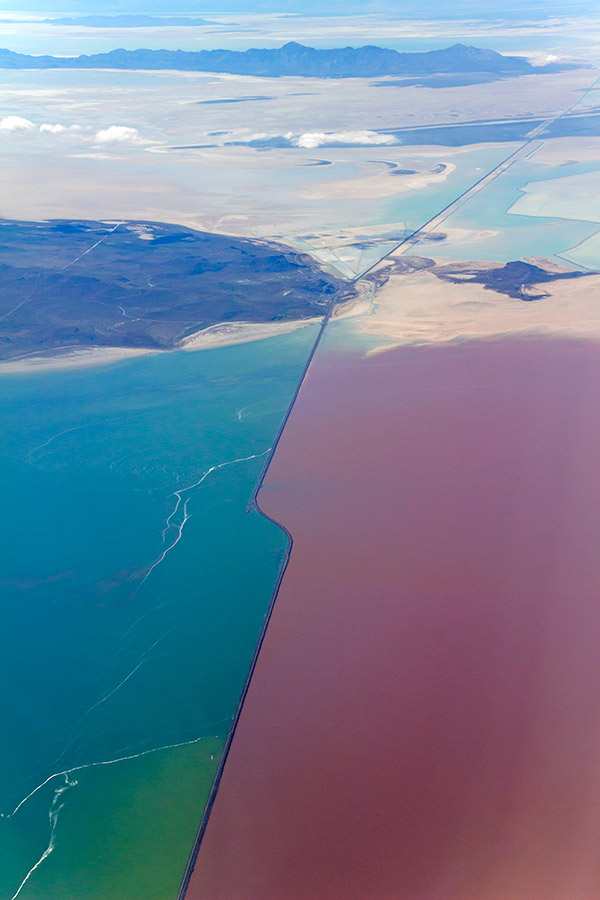 The railroad causeway across the Great Salt Lake creates the blue-green South Arm and the hyper-salty, pinkish North Arm.

The difference in color between the lake's North and South Arms is due to a railroad causeway that was built to replace the old wooden trestle bridge in the 1950s. Unlike the old bridge, which allowed lakewater to flow freely, the rock and dirt causeway essentially dammed the lake, cutting off water flow and creating the two arms.

In recent years, harmful algal blooms have become an increasing concern for many waterbodies in Utah, including some, such as Willard Bay and Utah Lake, that flow into the Great Salt Lake. Blooms form when naturally occurring blue-green algae multiply to high densities and form visible water discoloration, scum and mats.

The Utah Division of Water Quality actively monitors Utah waterbodies during the spring and summer months. If you know of or suspect a harmful algal bloom, you and your pets should stay out of the water. If you hunt or fish in affected waters, be sure to clean your waterfowl or fish well and discard the guts.