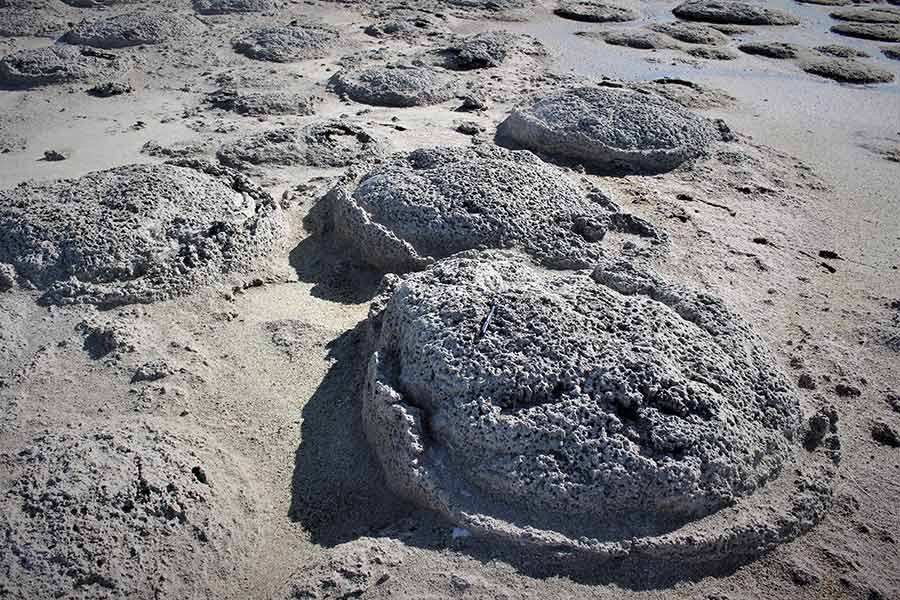 Many people think reefs, or coral formations, are found only at the bottom of the ocean. The Great Salt Lake, however, also has massive corals from thousands of years of biological and geological activity.

Great Salt Lake coral is made up primarily of microbialites, which are living mounds of calcium and magnesium carbonate deposits produced by the blue-green algae Apthanothece packardii and other organisms. These living fossils create a distinctive coral that can be found at shallow bottoms on the lake's periphery and in shore areas where wave activity is strong. They are from hundreds to many thousands of years old and are among the first organisms to produce oxygen on earth.

Microbialites can be as small as a few inches or as tall as three to four feet. Horizontally, they may be up to 12 feet in diameter!

These coral, also known as bioherms, play an important role in the Great Salt Lake's ecosystem — not only do they provide important habitat for algae, as well as food and a morphing location for brine fly larvae, they can also serve as an additional food and oxygen source for brine shrimp when the shrimp have grazed down algae in pelagic zones.

The green areas on the map below show where microbialites are located: 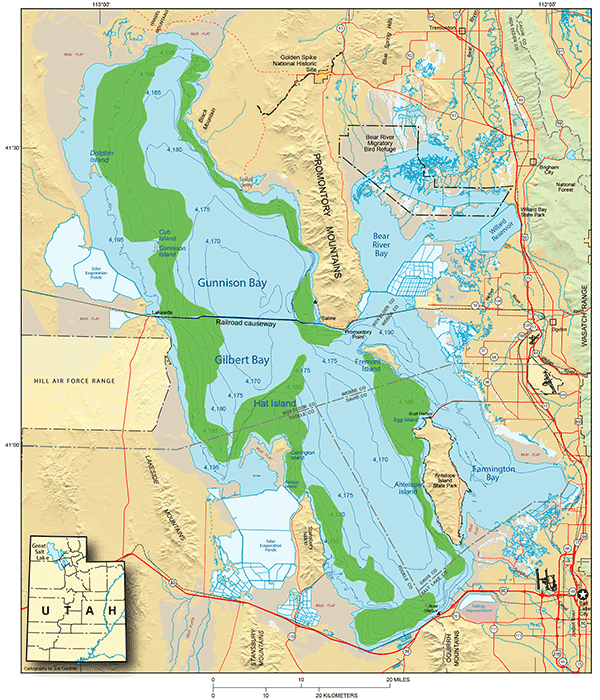