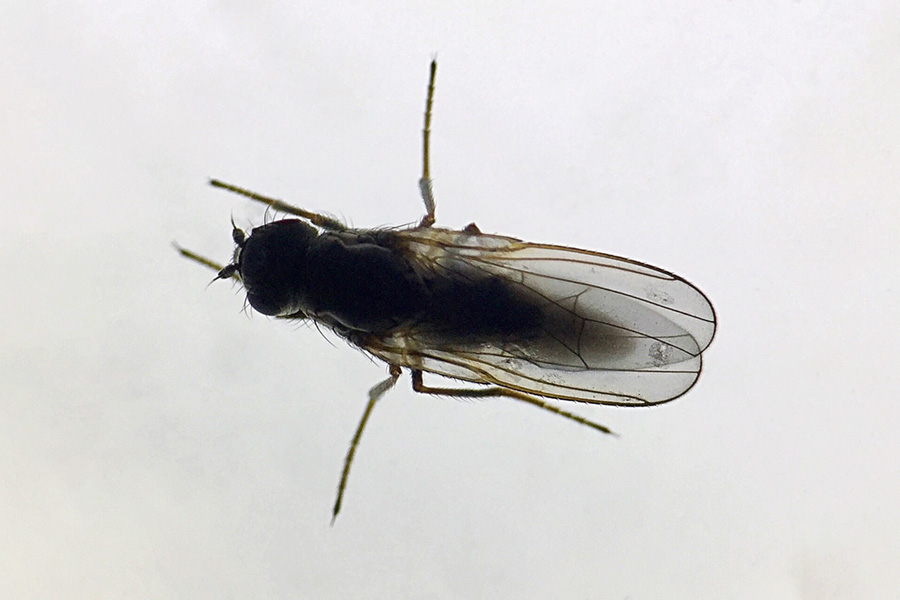 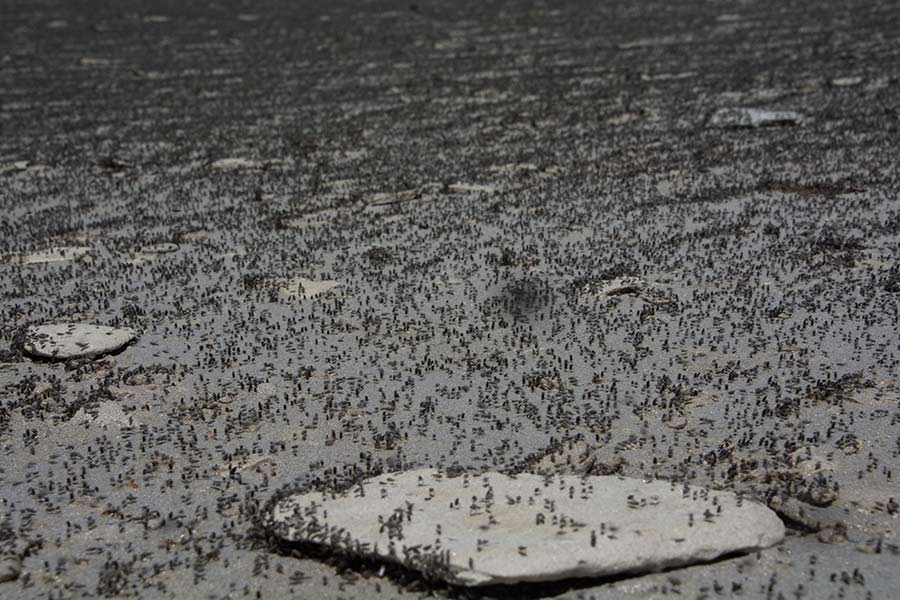 If you've been to Bridger Bay Beach on Antelope Island, or on any shore of the Great Salt Lake, you've probably noticed the omnipresent — but mostly harmless — brine flies. Two main described species of brine fly inhabit areas around the lake, Ephydra cineria (the most abundant) and Ephydra hians (the larger). Researchers think there may be other species as well, although some would be considered more likely "shore flies."

Larval forms of the brine fly can reach densities of up to 25 thousand per square meter, occuring on shallow substrate bottoms of the lake called microbialites. Brine fly larval pupae casings have been known to reach numbers of 370 million per mile of shoreline in the summer. 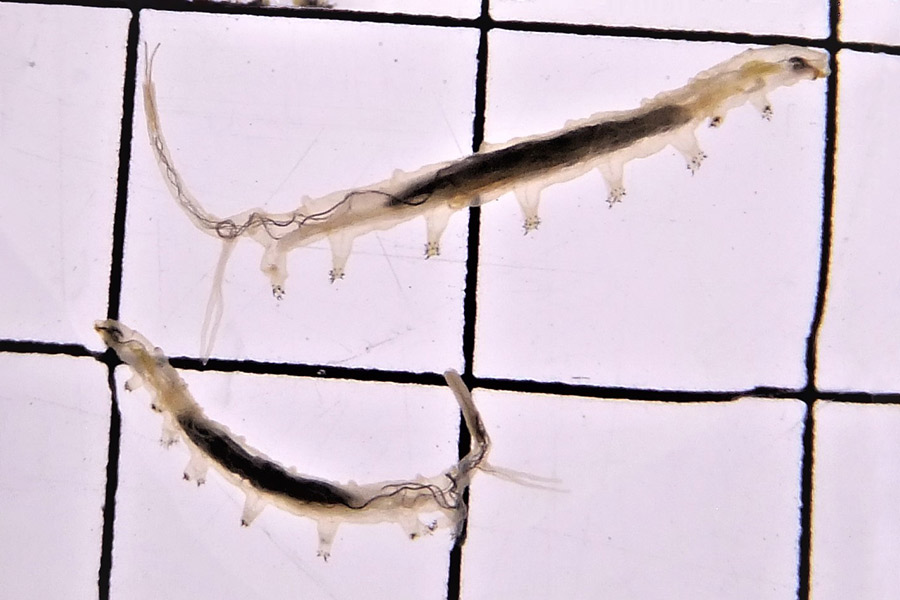 After mating, the female brine fly releases eggs into the lake, which eventually sink and then hatch into larvae on the lake bottom. These larvae can be free-swimming and will feed off algae and detritus until they are large and fat (up to 10mm in length). They then find a solid substrate (e.g., microbialites, or anything else that floats) upon which they can metamorphosize into pupae.

Just like caterpillars, brine fly larvae form a "chrysalis," or casing, before they turn into adult flies! Around the Great Salt Lake, brine flies seem to prefer microbialite substrates, likely due to the microbialites' solid surface texture and availability as a food source. 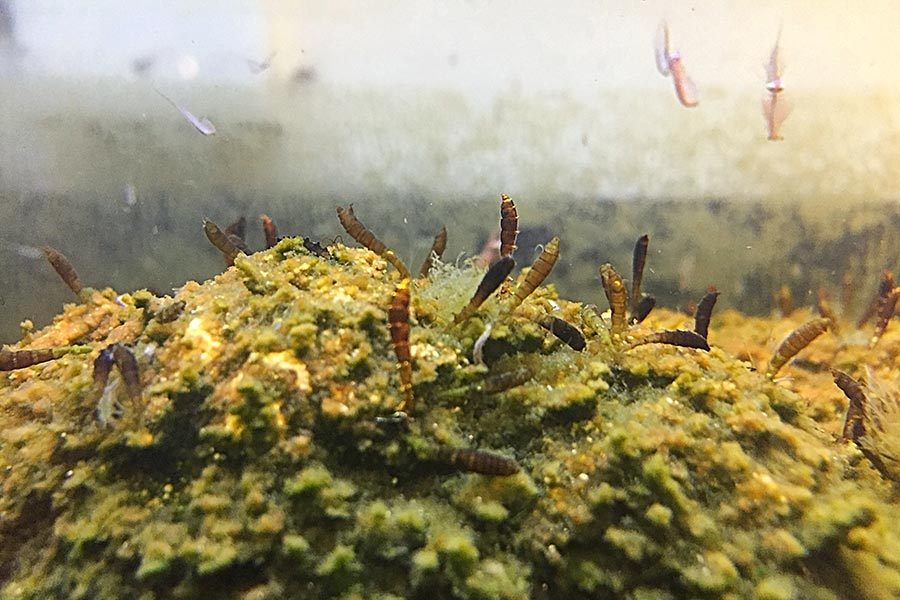 Before adult flies emerge from their pupae casings, they surround themselves in an air bubble that will help them float toward the surface. Pupae are able to create a such a bubble by extracting oxygen from their aquatic environment.

Peak numbers of adult flies have been reported in the billions, which isn't hard to believe if you have ever walked around the lake during the brine flies' summer peak!

Flies do not bite or feed in the adult stage; they are there for one reason — to reproduce. They only live a few days, similar to a freshwater mayfly.

Brine fly larvae will start hatching in April and May and continue through October and November, usually peaking about two or three times. Larvae can ultimately consume up to 120,000 tons of algae and organic matter.

Many of these larvae are later consumed by migrating birds that rely on the Great Salt Lake ecosystem for energy and growth. A typical brine fly has as much as eight times the caloric value of a brine shrimp.

Below is a diagram of a brine fly's life cycle: 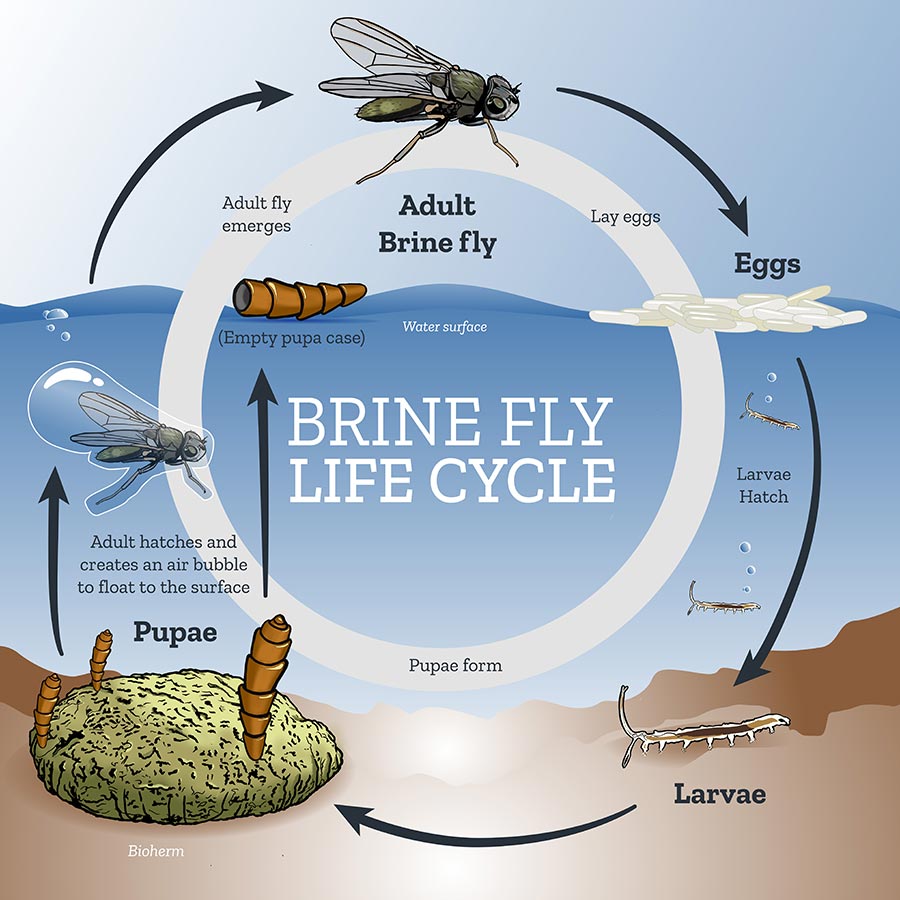