What are they, and how do they survive in such an environment? 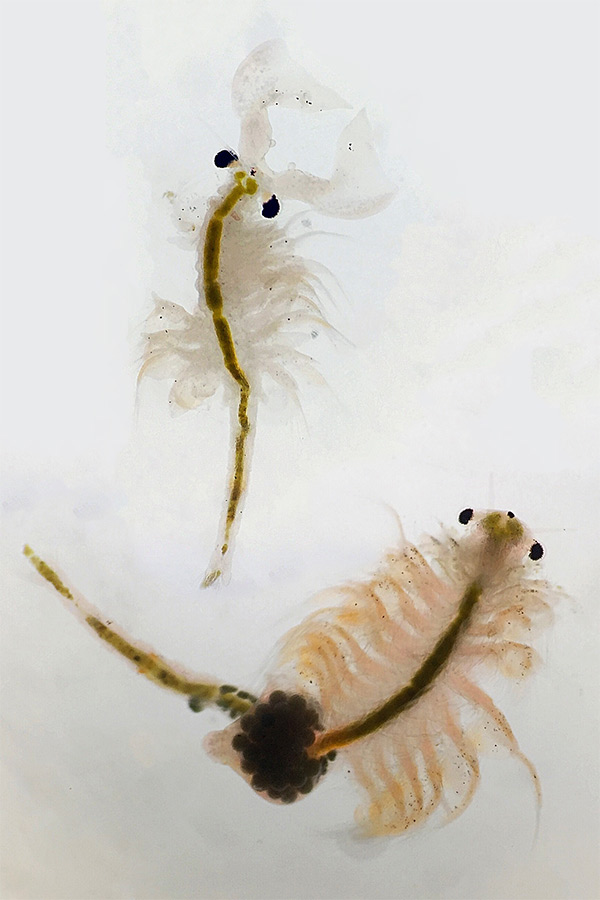 Brine shrimp are crustaceans that inhabit saline waters around the world, both inland and on the coast.

It is currently accepted that Artemia franciscana is the only brine shrimp species that inhabits the Great Salt Lake, but there is a discussion of genetic and life-history variability that could result in more species being discovered.

They feed by directing food toward their mouth via a series of undulating appendages, and they digest their food through a simple digestive tract. As they feed, they ingest a large quantity of salt water, which must be excreted through gills called "branchia."

Brine shrimp are a valuable food source to migratory birds that congregate in and around the Great Salt Lake. Around 10 million birds, representing over 250 species, pass by the Great Salt Lake annually. A variety of these birds feed on brine shrimp, either exclusively or opportunistically, to fuel their long migrations.

Eared grebes, for example, forage almost exclusively on brine shrimp during their staging, or preparation for migration.

Many birds undergo a large weight gain while they feed on brine shrimp. DWR biologists have found that Wilson's phalaropes gain as much as 2 grams per day, doubling their weight before migration, while Eared grebes increase their body mass from 375g ± 50g to 575g ± 25g during their staging period. Without this food source, the birds' long migrations would not be possible. Avocets, stilts, phalaropes and waterfowl opportunistically can feed on brine shrimp, supplementing their primary food sources. This is particularly critical in winter when freshwater wetlands freeze.

Geologic core samples show that brine shrimp have been present in the Great Salt Lake area for at least 600,000 years. Scientists believe that they arrived as cysts, or embryos covered in a protective shell, on the feet and within the feathers of migrating birds.

Based on physiological traits, scientists believe that brine shrimp were originally a freshwater species that adapted to saline water. However, predation by fish limited the periods of time when brine shrimp were present in historic Lake Bonneville. The present day Great Salt Lake is too saline for fish and provides an optimal habitat for brine shrimp. 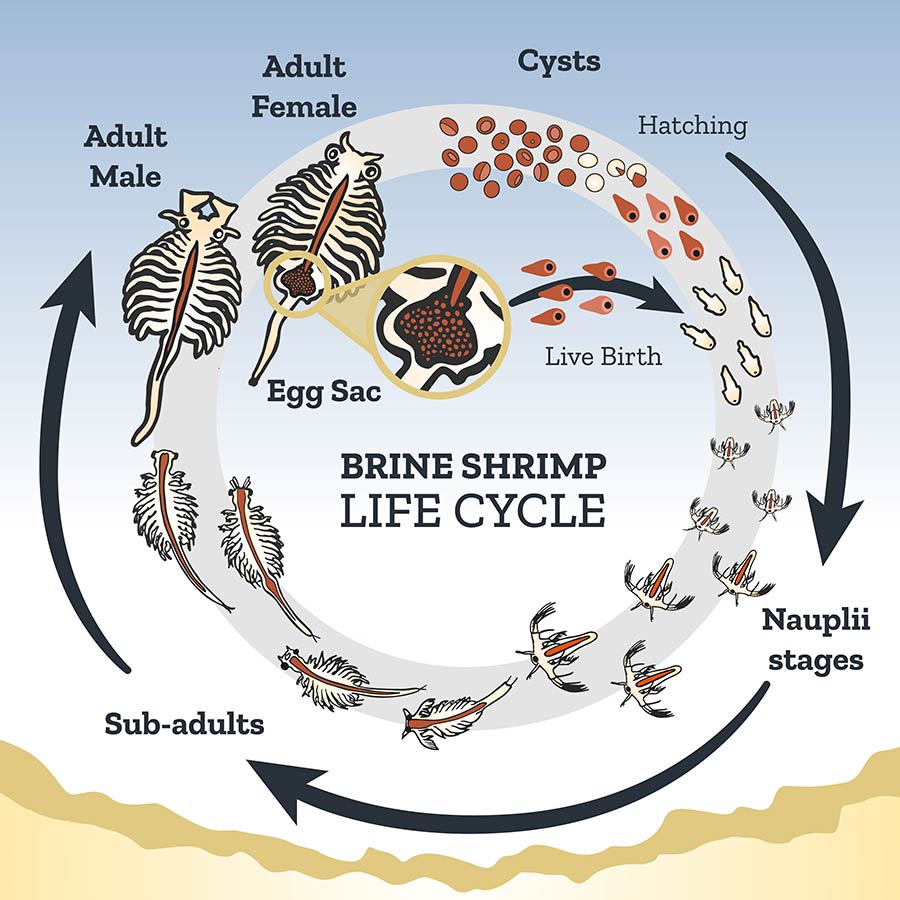