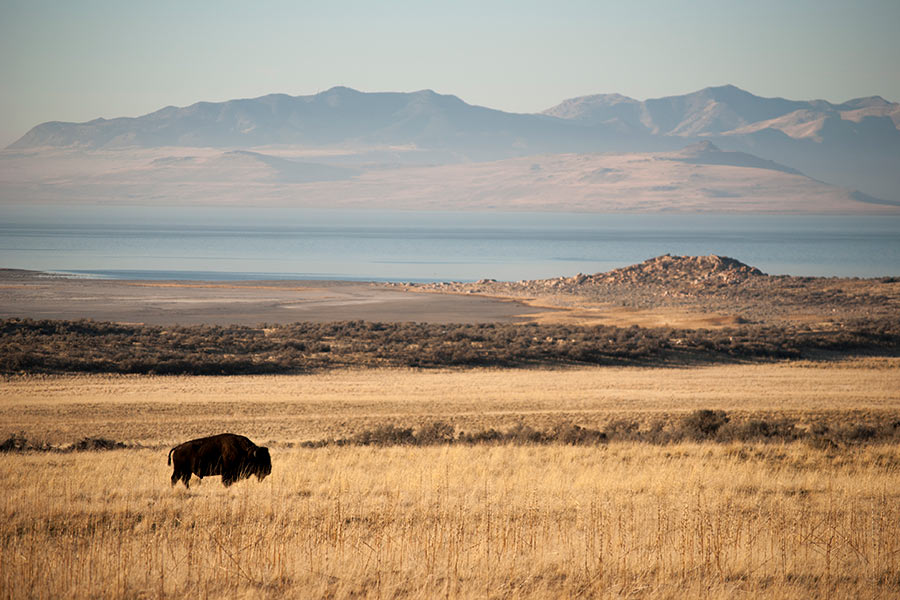 Relic of the old frontier

Bison, which once freely roamed the Salt Lake Valley, were almost entirely killed off in 1833 during an expedition led by frontiersman Joseph R. Walker. By the time the first permanent settlers arrived in 1847, the animals had disappeared from the area.

In 1893, John Dooly, the owner of Antelope Island, and William Glassman, an Ogden rancher, decided to restock the Great Salt Lake and shipped bison herds from Texas to several of the islands. Dooly and Glassman hoped to make money through bison hunting, which proved popular but did not decimate the herds. In fact, because of the isolation of the islands, herds flourished and bison numbers rose to pre-Industrial Revolution levels.

By 1926, however, Antelope Island's owners decided to remove the bison and raise sheep and cattle there instead. Utah hosted the "last great bison hunt" at $300 per person, which was popular but dropped the bison population to 30 cows and 25 calves. 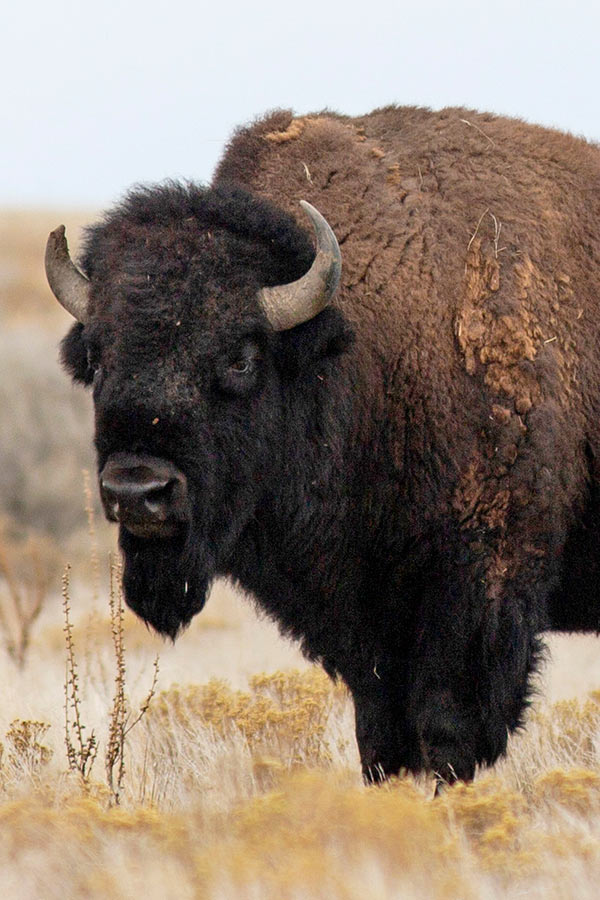 Today, Antelope Island is owned by the state of Utah, and the population of bison, which fluctuates between 550 and 700, is managed by the Utah Division of Parks and Recreation.

In addition to bison on Antelope Island, you might also see pronghorn antelope, mule deer, burrowing owls, cottontail and jackrabbits, various lizards and snakes, coyotes, many bird species and possibly even bighorn sheep.