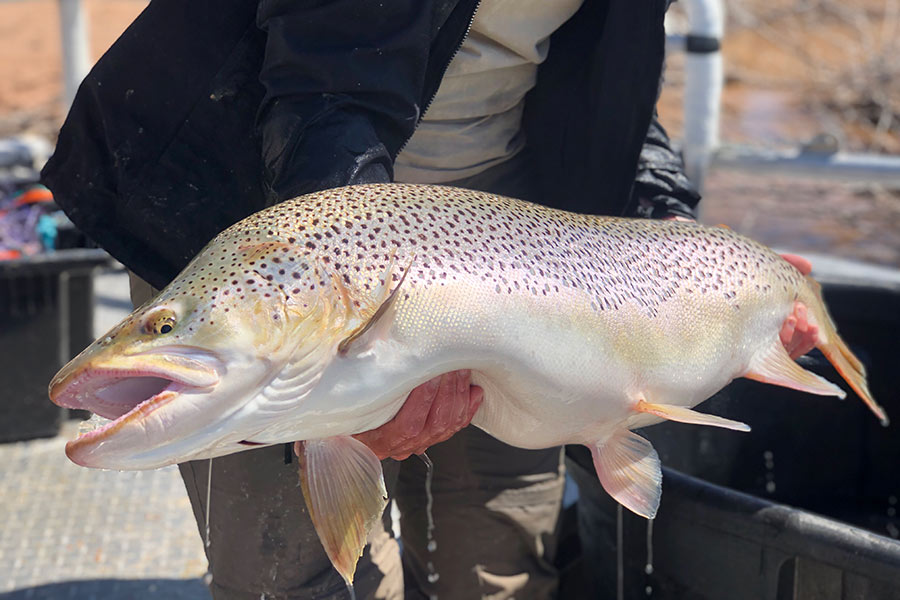 Occasionally, anglers in the Provo, Ogden, Blacksmith Fork and other rivers notice numbers of sick or dying brown trout. This condition usually affects large, mature fish and is most often noticed in the autumn during periods of low, clear water when the fish are spawning and more aggressive than normal.

Anglers usually notice fish with large red open sores, or skin covered with a white cottony substance which is a fungus. Typically, less than 10 percent of the fish in the stream are affected, but their dramatic appearance in clear water often alarms anglers.

This condition is commonly called "spawning syndrome," although it can occur at other times of the year. It is thought to be caused by the stress and aggression of spawning behavior or other unknown stressors, at a time of year when flows are low and fish are more crowded than usual. Fight wounds and abrasions from spawning can lead to secondary bacterial infections and/or fungal infections. Open sores can lead to loss of fluids and electrolytes in fish, causing death in some individuals.