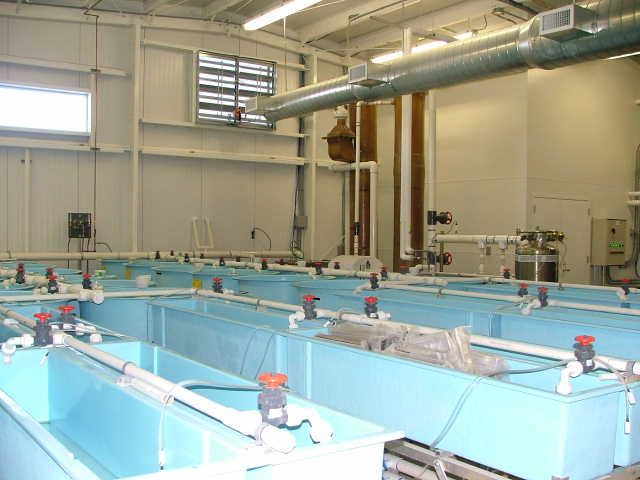 The Logan Fish Hatchery (LG), also formerly known as the fish culture section of the Fisheries Experiment Station (FES), provides a diversity of services for the state of Utah. The hatchery oversees three programs: the trout facility, the June sucker recirculation facility, and the bluehead sucker facility. In addition to these three, the hatchery crew assists in a variety of other programs. Maintaining captive least chub and leatherside chub populations on the trout hatchery, the walleye spawn at Willard Bay, and assisting in trout spawning operations at the Mantua Fish Hatchery and Strawberry Reservoir trap are a few examples.

The trout facility produces fish for stocking for sportfish angling purposes, the FES research program, and the development of brood stock for the state fish culture program. Stocking locations for 2020 include the Weber and Ogden Rivers, Logan River, Panguitch Lake, Hyrum Reservoir, Tony Grove Lake, Garden City Pond, Laketown Reservoir, Pioneer Park Pond, Locomotive Springs, and other waters throughout the Northern region of Utah. The facility's involvement in brood stock development includes quarantining and raising fry that arrive as eggs from other state and federal hatcheries, eggs from wild sources inside the state, and eggs from one state hatchery that are later transferred to another state hatchery. All fish undergo extensive disease testing before being transferred to the various brood facilities. Total raceway space is 16,808 cubic feet.

The June sucker program spawns and raises the endangered fish to help with the recovery of the species. Brood stock is maintained on site. Production fish are raised in a recirculation system. Currently, stocking occurs at Utah Lake and the Rosebud grow out ponds in Box Elder County. Historically, fish have been stocked into Red Butte Reservoir and Mona Reservoir among other locations. Fish for university research are also provided by the facility. Total rearing space is 4,158 cubic feet.

The bluehead sucker facility was completed in 2019. This program is in the early stages of development. The current goal of this program is to raise brood stock that will produce future generations of bluehead. The next phase of the program will be fish production and stocking individuals back into their native Weber River and potentially other waters identified for reintroduction. The facility was designed to raise 20,000 2-inch fish for stocking. Total rearing space is 396 cubic feet.

There are 18 flowing artesian wells on the property with water rights of 9.45 cubic feet per second (cfs). Water usage is approximately 4.5 cfs. Temperatures range from 54°F to 65°F. 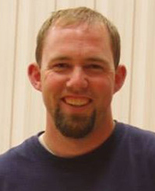 Gary began working for the Utah Division of Wildlife Resources as a seasonal native species technician in the central region in 2005. After earning a Bachelor of Science with a major in wildlife science from Utah State University, he began full-time employment at the LG/FES Fish Hatchery in 2009 as a wildlife specialist. After taking special interest in recirculating aquatic systems (RAS), he completed a Master of Science degree from USU with an emphasis in RAS. 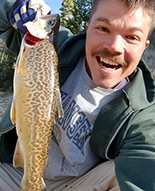 Devin started his employment with the Utah DWR in 2014. He has experience with many of Utah's hatcheries, including Mammoth Creek, Midway, Whiterocks, Fountain Green, and now Logan. He also worked for the New Mexico Department of Game and Fish at the Los Ojos Fish Hatchery. He earned his Bachelor of Science in biology from Utah Valley University. 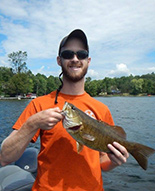 Caleb started at LG/FES in January 2019. He has worked for the Cook Inlet Aquaculture Association in Alaska with sockeye, coho and pink salmon and the Pennsylvania Fish and Boat Commission with American shad and walleye. He has a Bachelor of Science degree in wildlife conservation from Juniata College. 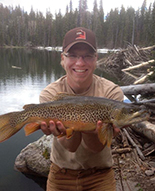 Carson began working for the DWR as a seasonal tech in 2012 and continued while working on his bachelor's degree. In 2015, he graduated from Utah State University with a B.S. in fisheries and aquatic science. After graduating, he took a full-time position in Idaho, working for Clear Springs Foods at one of their rainbow trout brood stations. In 2021, he came back to the DWR, working full time at the Logan Hatchery.