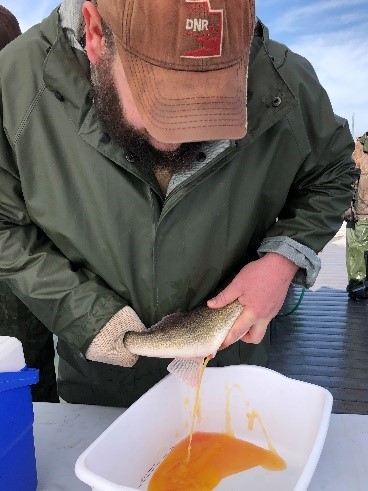 The Fisheries Experiment Station (FES) research program conducts applied aquatic research throughout Utah. Much of our research is conducted in collaboration with regional Division of Wildlife Resources staff and serves the needs of hatchery and field biologists statewide.

The FES research program has been involved in fisheries research since the early 1960s. Historically, research focused on improving fish health protocols and evaluating new fish culture techniques. Presently, our research duties are broad and have expanded to encompass additional questions and challenges that relate to the conservation and management of Utah's aquatic resources.

Stocking sterile fishes provides managers with greater population control and can be used to increase angling opportunities while minimizing the potential for negative interactions with native species. 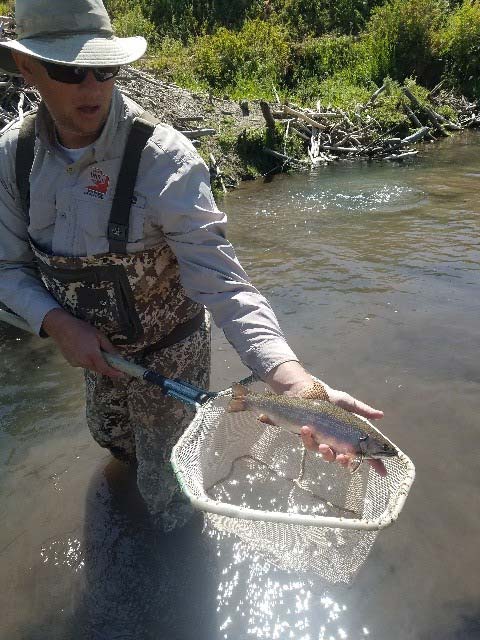 Brook Trout is an introduced species to Utah that provides angling opportunities but may also compete with native salmonids and other fishes.

Field and modeling efforts are underway to evaluate the effectiveness of triploid "swamping" on diploid Brook Trout populations in an effort to remove Brook Trout from some streams where native fishes occur. The swamping strategy is based on the idea that the introduction of sterile individuals into a population will reduce the reproductive potential of the fertile population. 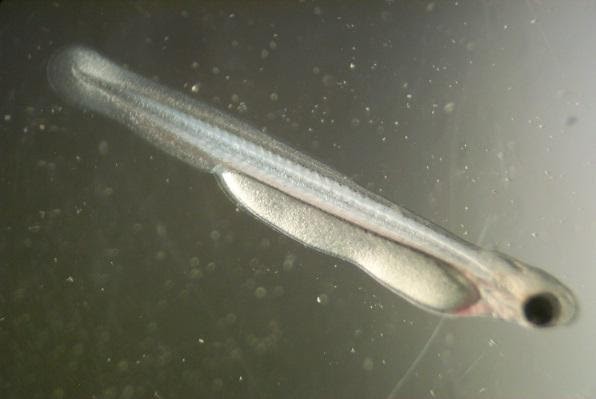 We are working with DWR fish culture staff to develop a protocol for raising Southern Leatherside in captivity. The goal of this project is to develop a working protocol that can be transferred to hatchery personnel for full-scale production of this species.

Sperm (also known in fish culture as "milt") availability is a constant concern for the production of many species of fish. Artificial propagation of sport fish is a primary tool in managing fisheries and meeting angler expectations in Utah.

To meet these needs, various strains and species are used to facilitate stocking and population augmentation throughout the state, necessitating milt be available at times outside of its natural occurrence. Using liquid nitrogen, it is possible to suspend and reanimate milt for the fertilization of eggs.

FES research staff are working with DWR fish culture staff to refine the techniques for cryopreservation of milt for various species in Utah, notably cutthroat trout. Such efforts would aid conservation efforts where milt availability is a concern. 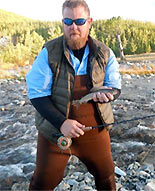 Robert has been the team leader for the FES Research Section since 2018. He earned his Bachelor of Science and Master of Science in wildlife biology at Missouri State University under Dr. Dan Beckman. His master's degree work focused on life history traits of freshwater drum (Aplodinotus grunniens) in the Lower Missouri River. That project documented the presence of dreissinid mussels and absence of native unionid mussels or aquatic snails in the diets of these fish.

Robert received his Ph.D. in environmental science from Ball State University in Muncie, Indiana, under Dr. Mark Pyron. His doctoral research evaluated assemblage-level effects of invasive silver carp (Hypophthalmichthyes molitrix). He also studied macrosystem scale predictors of species' occurrence in the mountain steppe regions of the U.S. and northern Mongolia and modeled the effects of changing climate on native and invasive fish species' distributions in the U.S. Great Basin. 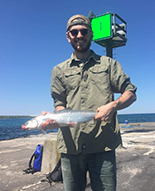 Connor is from Ohio and completed a B.S. in environment and natural resources from The Ohio State University, during which time he worked in an aquaculture research lab. After graduating, he worked a seasonal position at a Lake Sturgeon hatchery in northern Michigan, raising sturgeon for stocking. In August 2019, he began a master's program at Southern Illinois University, and received his zoology degree in May 2022. His master's thesis focused on intensive larviculture and the use of alternative protein sources, such as soybean meal, in formulated fish diets. 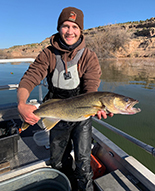 Skylar has worked as a research biologist at FES since 2020. He is from Virginia and completed a B.S. in fisheries science at Virginia Tech in 2017. During his time at Virginia Tech, Skylar held seasonal fisheries positions that included sportfish management activities with the Idaho Department of Fish and Game and native fish conservation efforts with the Virginia Conservation Management Institute.

After completing his B.S., Skylar began graduate work with the Oklahoma Cooperative Fish and Wildlife Research Unit at Oklahoma State University where he graduated in December 2019 with an M.S. in fisheries and aquatic ecology. His thesis research focused on movement and survival patterns of stocked rainbow trout in Ozark streams and assessed potential interactions over habitat resources between trout and native fishes.