Like people, animals are subject to a wide variety of ailments. 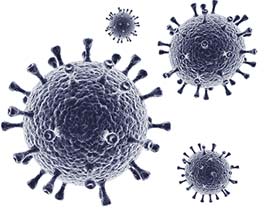 Wildlife species are subject to diseases resulting from exposure to microbes, parasites, toxins, and other biological and physical agents. These wildlife diseases are often highly visible and result in large-scale mortality. Such losses are incompatible with healthy, vigorous wildlife populations — making research into, and development of, practical methods for wildlife disease diagnosis and mitigation of wildlife losses a critical component of effective wildlife management.

What the DWR is doing

The DWR has a wildlife disease program in place to (1) monitor and control diseases of concern, such as chronic wasting disease, whirling disease, West Nile virus and avian influenza; (2) investigate sick or dead wildlife reported by wildlife authorities and the public; (3) assess the effects of disease in Utah's wildlife populations; (4) reduce or eliminate diseases that threaten the health and vitality of Utah's wildlife, or that pose a human health risk.