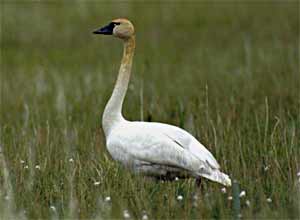 The last outbreak in the United States occurred in 2014–15, when highly pathogenic H5 strains of avian influenza (H5N2 and H5N8) were detected in wild birds of the Pacific, Central and Mississippi Flyways. Of these, H5N2 caused outbreaks of avian influenza in domestic poultry and turkeys in multiple U.S. states. Neither strain resulted in human infections. During that outbreak, high pathogenic avian influenza was detected in two healthy ducks in Utah, which were tested in association with enhanced surveillance activities in December 2014 and August 2015.

In January 2022, a new high pathogenic avian influenza outbreak was confirmed. The first wild and domestic birds that tested positive were on the East Coast, and the virus has since spread west into Utah. In April 2022, HPAI was confirmed in domestic birds in Utah after a backyard flock of poultry in Utah County tested positive. The same month, it was confirmed in wild birds in Utah after a great horned owl in Cache County tested positive. As of Jan. 10, 2023, a total of 102 birds and three red foxes have tested positive for avian influenza in 13 counties. The birds infected with the virus include raptors and waterbirds, specifically Canada geese, great horned owls, hawks, pelicans, turkey vultures, grebes, gulls, ravens and ducks.

Surveillance for avian influenza in Utah birds by the DWR

The Utah Division of Wildlife Resources is continuing to monitor for unusual mortality events in wild birds, especially in waterfowl and other water birds; gallinaceous birds such as quail and turkeys; scavenger birds such as crows and ravens; and birds of prey such as eagles, owls and other raptors.

We request that any groups (five or more birds) of dead waterfowl, shorebirds, wild turkeys or quail (not found near power lines or roads), as well as dead raptors and scavengers found near waterfowl habitats, be reported to a local DWR office or by calling 801-538-4700. Please do not pick up the carcass.

Recommendations for the general public and hunters

Recommendations for people who may handle wild birds

Birds of prey are susceptible to highly pathogenic avian influenza viruses which are typically transmitted from eating infected birds. We advise falconers to avoid hunting wild birds or feeding wild species to birds of prey during this current highly pathogenic avian influenza outbreak. Biosecurity practices with enhanced cleaning should be implemented, as well as limiting contact with other wild birds during this time. If any bird is showing clinical symptoms, consult a veterinarian immediately and quarantine from any other bird in the facility.

Game birds, including quail, pheasants, turkeys and grouse are susceptible to highly pathogenic avian influenza viruses. Practicing biosecurity and appropriate sanitation is the main way to protect your flock. We advise that you limit bird movement in and out of your facility, and prevent contact with wild birds. For more information, visit this website. We also recommend following the U.S. Department of Agriculture recommendations on protecting your flock.

Question: Is there any risk of becoming infected with highly pathogenic avian influenza virus by feeding backyard birds or cleaning a bird feeder?

Answer: There is currently no evidence that suggests you could become infected with highly pathogenic avian influenza virus by feeding backyard birds. Generally, songbirds, or perching birds, (Passeriformes) are the primary type of birds at feeders, and they are usually not affected by HPAI. Most wild birds traditionally associated with avian influenza viruses are waterfowl, shorebirds and scavengers. It is unlikely that bird feeders will contribute to an outbreak among songbirds, but if someone also has backyard poultry, then we recommend removing bird feeders during the outbreak.

Songbirds are susceptible to other avian diseases. Therefore, we recommend that people without backyard poultry who feed birds routinely, clean their feeders and bird baths, and anyone who comes in direct contact with bird droppings should thoroughly wash their hands with soap and water. Visit these links for more information:

Answer: Although the current strain of the avian flu presents a low risk to people, it has been confirmed in at least one person in Colorado during this most recent outbreak.

Question: Does the Utah Division of Wildlife Resources have a surveillance program for HPAI viruses?

Answer: We collaborate with federal agencies on a nationwide surveillance and monitoring program for HPAI virus in wild migratory birds. The DWR periodically tests hunter-harvested waterfowl to check for the presence of the HPAI virus. We also request that the public report any large group of dead waterfowl to local wildlife authorities immediately.

Question: Should I feed wild ducks, geese, and other waterfowl?

Answer: No. There are many reasons that you should not feed ducks and geese. Feeding ducks and geese increases the chance of spreading many diseases that are common among waterfowl, including avian influenza. It makes them tame and may cause them to become a nuisance as they lose their natural behaviors. Unnatural food items such as bread, popcorn, and even seeds have little nutritional value and can make birds sick. It is best to enjoy your local wildlife from a distance and under natural conditions!

Question: What can I do to protect my pets from avian influenza?

Answer: If you are worried about your pets, do not let them roam outside where they could be exposed to, or eat the remains of, sick or dead animals including wildlife. Many diseases can cause wild birds or other animals to get sick and die, and some of these diseases could be spread to pets that run free. There is no vaccine to protect pets against avian influenza.