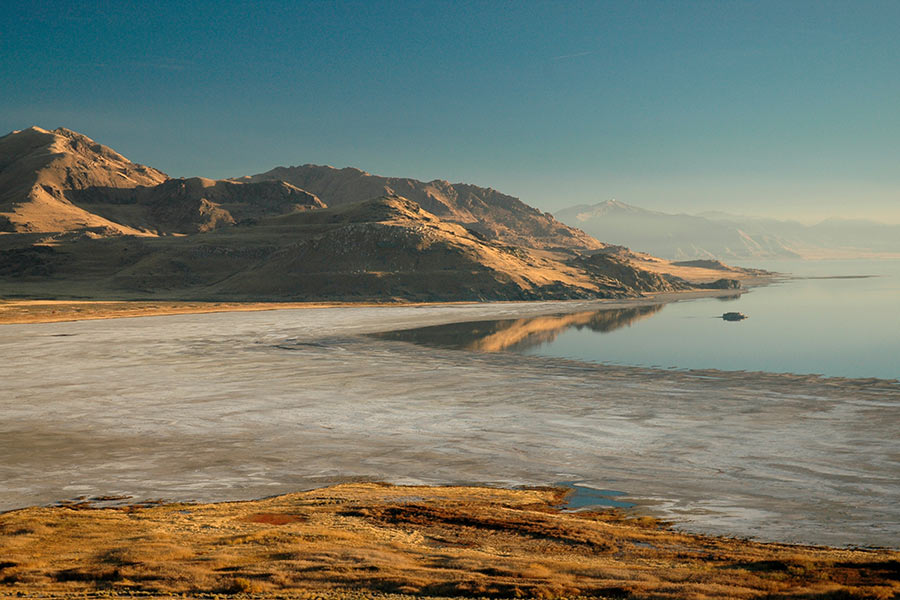 The lake is constantly changing

Water volume and surface area of the Great Salt Lake between 1984 and today. Click or tap the "Play" button to see a timelapse video. Recent data show a downward trend in water levels, and we expect this trend to continue.
Courtesy Google Earth

The Great Salt Lake's annual average surface elevation, as of the year 2000, is about 4,196 feet above sea level. Historically, the surface elevation has averaged around 4,200 feet and covered an area of about 1,700 square miles.

Most recent data within water-surface elevations show a downward trend. With climate change and Utah's ever growing human population, we expect this negative trend to continue. In fact, it is estimated that the lake is 11 feet lower due to human diversions.

Declining lake levels are not only a concern for wildlife and the surrounding wetlands, but also for the human populations living in the surrounding areas. Research has shown that as water levels decline, more lakebed is being exposed, which can cause an increase in dust particles that enter the air and further contribute to Utah's already poor air quality.

Because the Great Salt Lake is terminal (i.e., with no water outlet), large amounts of minerals have built up in the lakebed, including heavy metals such as lead, mercury and arsenic that could pose a significant concern to public health. Biologists have already observed devastating effects associated with the loss of other waterbodies, such as Lake Urmia in Iran.

The Great Salt Lake has received more attention in recent years because lowering water levels have affected not only the local brine shrimp and bird populations, but also industry, air quality and recreation. In 2019, the Great Salt Lake Advisory Council published a report detailing many of the consequences of lower water levels.

Here is the most recent water level measurement from the south side of the causeway, 6 miles east of Lakeside, UT:

Lake water levels over the past 90 days: For more about the surface elevation of the Great Salt Lake, visit the U.S. Geological Survey's website.