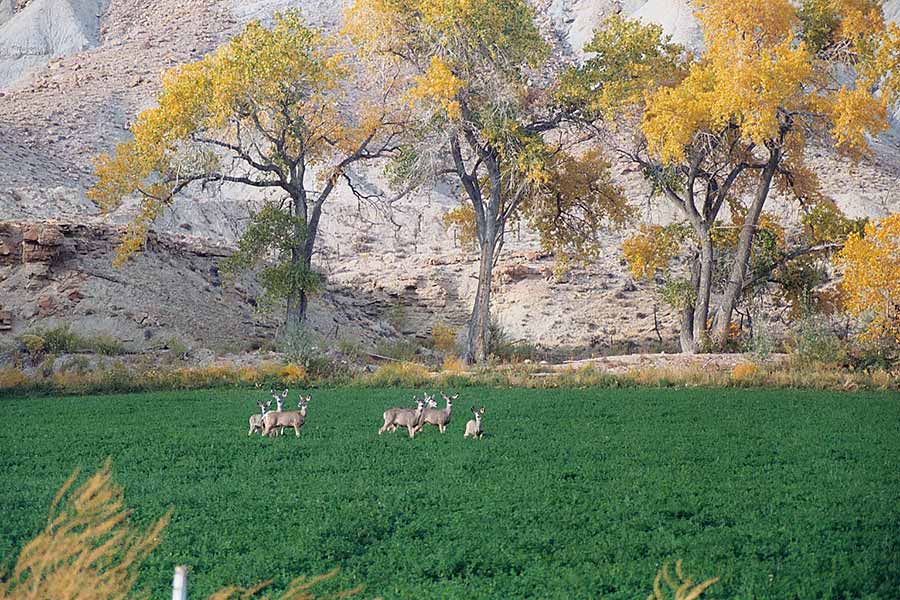 Salt Lake City — The Utah Division of Wildlife Resources wants the public to know about an ongoing program where anyone experiencing economic difficulties can sign up to receive wild game meat throughout Utah.

This program has been in effect for several decades as a way to use the meat from wild animals that are euthanized to help reduce conflicts with ranchers and farmers in rural areas. Wildlife, such as elk and deer, can cause property damage and economic hardship to ranchers and farmers by grazing on their hay fields or crops. When these conflicts occur within town limits, on private land or outside of a hunting season, hunters aren't in a position to legally harvest these animals. So, in some cases, DWR employees respond to these incidents and remove the wildlife.

Some of the meat donated through this program also comes from wildlife that is poached and then seized by DWR conservation officers.

"We don't want to see this valuable food resource go to waste, so we donate the meat from these animals to locals who may be in need," DWR Wildlife Coordinator Chad Wilson said. "Because COVID-19 has impacted so many Utahns economically, we wanted to make sure the public was aware of this program and can use it, if needed. When it is necessary for us to euthanize wildlife, it is important that we don't let the meat go to waste. We are glad that this valuable resource can benefit Utahns and their families who may be struggling during these difficult times."

DWR employees who remove an animal will first assess its condition and then follow careful field-dressing procedures to help ensure that the meat is properly handled before it is donated to members of the public.

Utahns who are interested in receiving wild game meat from the DWR can sign up on the DWR website. Recipients should note that the donated animals are only field dressed (only the entrails are removed), and they will need to be prepared to process the meat themselves or have a butcher process it. A typical processing fee is roughly $100 for a deer and $150 for an elk. Processors often have limited availability and some don't accept wild game, so preparations should be made in advance before signing up to receive any donated meat.

Participants in the program should also note that the removal efforts often take place during the night, and those who sign up for the donated meat should be prepared to pick up the animal and either store it or process it on short notice.

The meat donations will typically be done on a first-come, first-served basis for those who have signed up, but preference may be given to those within closest proximity of where the animal is euthanized. Per state policy, DWR employees and immediate family members of DWR employees are not allowed to accept game meat donations.

People will be removed from the list once they receive a donation, and they will need to sign up annually to be included in the program each year. The majority of donations occur in early spring and late fall throughout Utah. However, participants should also note that these donations are infrequent, and not everyone on the list will be guaranteed to receive an animal, particularly when they may want or need it.

In addition, the DWR also oversees the state’s urban deer program. The urban deer program was launched in 2014 as a way to give cities the ability to deal with ever-increasing deer/human conflicts in expanding urban areas. The program initially gave municipalities two main removal options: lethal removal and non-lethal removal (by capturing and relocating the deer). However, due to growing concerns about Chronic Wasting Disease, which is contagious and fatal for deer, elk and moose, the DWR discontinued the translocation option in May 2019.

While the DWR authorizes the urban deer program, the cities enrolled in the program actually administer and run the program within their boundaries. As a result, residents interested in receiving donated meat from this program can contact their city hall to be put on a list.

The cities involved in the urban deer program include: