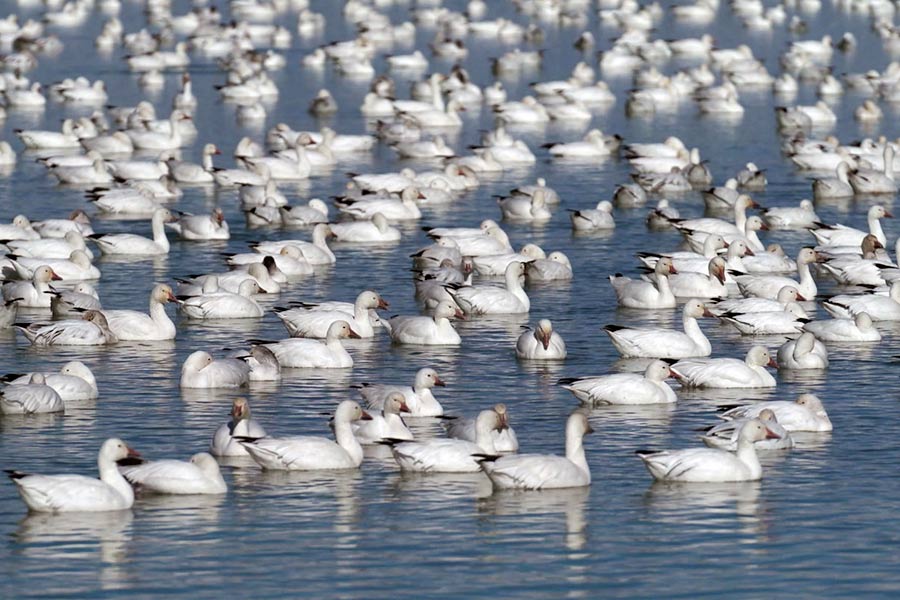 Salt Lake City — The first case of avian flu in wild birds in Utah was confirmed in April, and now the Utah Division of Wildlife Resources has confirmed the virus has spread to wild birds in three additional counties, most likely due to the fall migration.

The virus had previously been confirmed in wild birds in six counties in Utah, including Cache, Weber, Salt Lake, Utah, Tooele and Carbon counties. Now, the virus has been confirmed in wild birds in three additional counties: Davis, Millard and Sanpete counties. The rate of positive highly pathogenic avian influenza detections decreased during the summer, but there has been a recent increase in detections and positive cases over the past couple of weeks.

Here is a breakdown of the most recently confirmed cases in Utah:

As of Aug. 30, 2022, a total of 44 birds and two red foxes have tested positive for avian influenza in nine counties. The birds infected with the virus in Utah include raptors and waterbirds, specifically Canada geese, great horned owls, hawks, pelicans, turkey vultures, grebes, gulls and ducks.

High pathogenic avian influenza viruses are very contagious among birds and can cause rapid and high mortality in domestic birds, such as chickens, turkeys and domestic ducks. These viruses occasionally kill wild birds, as well. The most common wild birds impacted by the virus are typically waterfowl, shorebirds, raptors and scavengers (which include birds like hawks, owls, ravens and vultures). There are usually few symptoms in waterfowl and shorebirds, but the virus can kill raptors and scavengers quickly. The virus is spread among birds through nasal and oral discharge, as well as fecal droppings. It can be spread to backyard poultry and domestic birds through contaminated shoes or vehicles.

Songbirds are not typically affected by avian flu, so people shouldn't have to remove their bird feeders unless they also have backyard chickens or domestic ducks, which are susceptible to the virus. However, it's always recommended to regularly clean bird feeders and baths.

"If anyone finds a group of five or more dead waterfowl or shorebirds — or any individual dead scavengers or raptors — they should report it to the nearest DWR office and absolutely make sure not to touch the birds or pick them up," DWR Veterinarian Ginger Stout said. "Report it to us, and we will come collect them for testing. We are continuing to monitor this virus in wild bird populations. This particular strain is affecting more wild birds than the previous outbreak of highly pathogenic avian influenza."

If you are planning to hunt waterfowl or upland game birds this fall, here are some tips to keep yourself and your hunting dog safe: