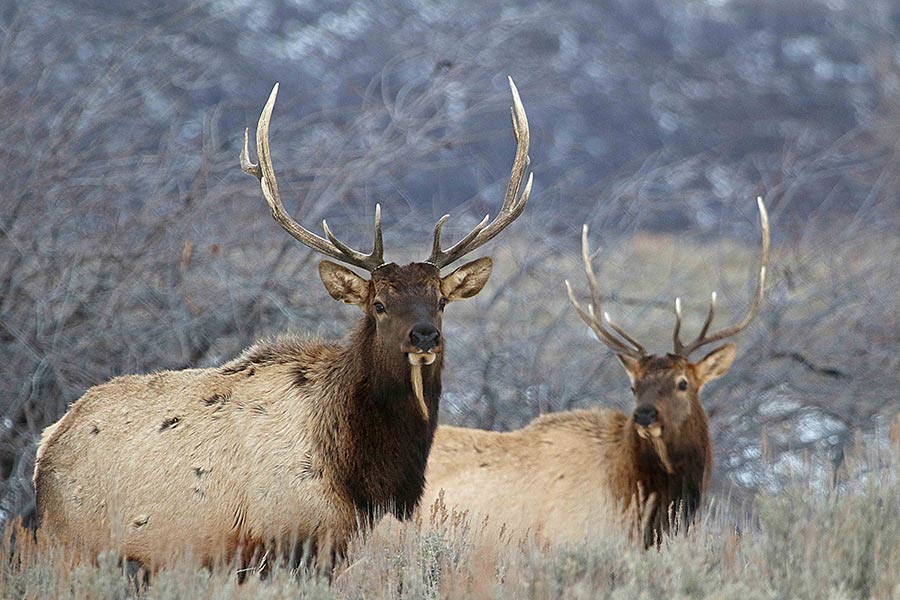 How drought impacts deer and elk; tips for hunters during the 2021 hunts 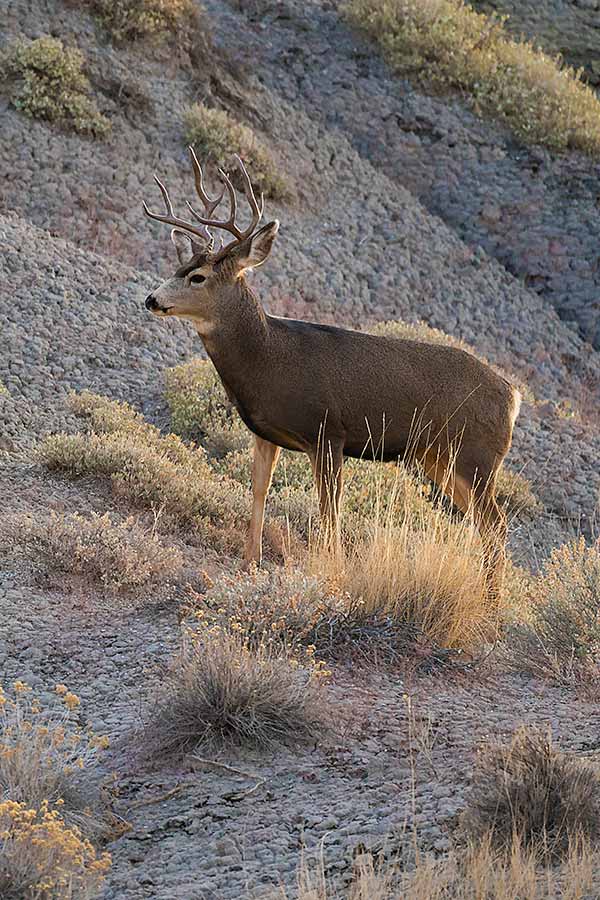 Salt Lake City — Several years of ongoing drought conditions and the extreme drought this summer have decreased mule deer populations across the state. Here are a few things people hunting deer and elk this fall should know.

Drought impacts deer by decreasing their body fat (because there are fewer plants and available food sources on the landscape). If the does have poor body fat and nutrition, it leads to smaller fawns, and those fawns have a decreased chance of surviving. If an adult deer has too little body fat at the beginning of the winter — especially a severe winter — it will often not survive the winter months.

The current deer population in Utah is roughly 320,000 deer, which is the lowest total number of deer in the state in several years (although not as low as 2010 or the early 2000s). While hunting bucks doesn't impact the total population growth rate, the Utah Division of Wildlife Resources has decreased the total hunting permit numbers for the last several years in order to better manage to the buck-to-doe ratios outlined in the management plans.

"Deer numbers have decreased roughly 60,000 from about four years ago due to climatic effects and drought," DWR Big Game Coordinator Covy Jones said. "Hunters should be aware that when there are fewer total deer on the landscape, it may be harder to find deer during the hunt."

Elk are not impacted by drought the same way as deer, and elk populations have remained stable for several years, with an estimated 80,000 across the state. Elk adults typically won't die due to low body fat conditions the way deer do, but their pregnancy rates may be reduced, resulting in fewer new calves being born that year.

DWR biologists are continuously working to better manage and help big game populations, especially during drought years. Here is a look at some of those projects over the last year:

"As an agency, we strive to do everything we can to help big game and other wildlife populations remain healthy throughout Utah," Jones said. "Whether you are a hunter or wildlife watcher, we want all Utahns to be able to enjoy the incredible animals that we have here in the state."

Hunt away from the road

If you are hoping to harvest a deer or elk this fall, make sure you are hunting in areas away from the road. 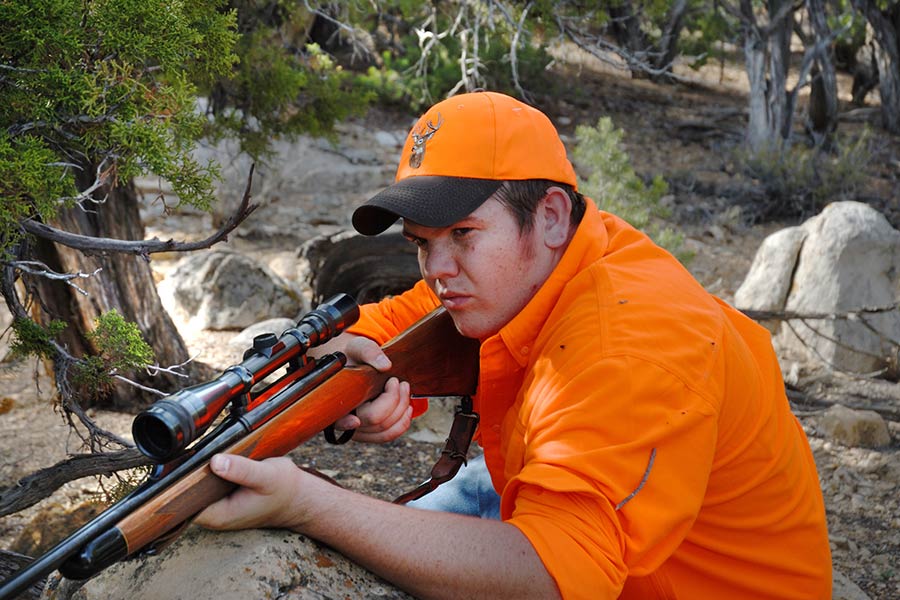 "Elk avoid roads, so especially when you are hunting elk, get off the road," Jones said. "Get out and do some hiking and scout to see where these animals are before the hunt begins."

When it comes to deer, mature bucks and does are not together during the August archery hunts. So if you are seeing a lot of does in an area, it's a sign that you should probably move to a different spot. Does have to care for their fawns, so they typically prefer areas where there is a lot of water and the terrain is more gentle, like in rolling aspen groves.

"Bucks will gather in herds of little 'bachelor groups,' and they like more rugged mountain terrain," Jones said. "So, if you are looking for a bigger buck, look for terrain that is harder to access."

Pay attention to the direction of the wind

Another tip for archery hunters is to know the direction of the wind. That way, you can make adjustments and prevent your scent from reaching the animals before you get within range. As the sun heats the ground, the wind direction changes. For example, wind almost always blows up canyons in the morning and down canyons in the afternoon.

Be prepared for the weather and possible emergencies

Hunters should also be prepared for any weather and should always have a first-aid kit and plenty of water with them. The weather in Utah's mountains can change very quickly and go from sunny to snowing in a matter of minutes, so hunters need to be prepared with adequate clothing and supplies.

Use binoculars and be stealthy

Having success during the archery hunt requires stealth and patience. For example, if you're going to use a spot-and-stalk method, don't just walk through the woods, hoping to find a deer without spooking it. Instead, spend time looking through binoculars at an area to find deer and locate where they're bedding. Then, after they've bedded down, plan your stalk, remaining quiet and doing all you can to approach the deer at an angle that keeps your scent from reaching them.

"Stealth and knowing the wind direction are more important for archery hunters than for rifle hunters, as archery hunters need to get closer to the animal to be effective," Jones said. "It all depends on the hunter and their skill level, and equipment, but typically, most bows have sights that allow for shooting at 60 yards or less. And typically, the accuracy of most rifles starts to decline between 300–400 yards. I recommend not trying to 'overshoot' with your equipment and to stick with a distance where you are comfortable. You should also always know what is beyond your target before taking a shot." 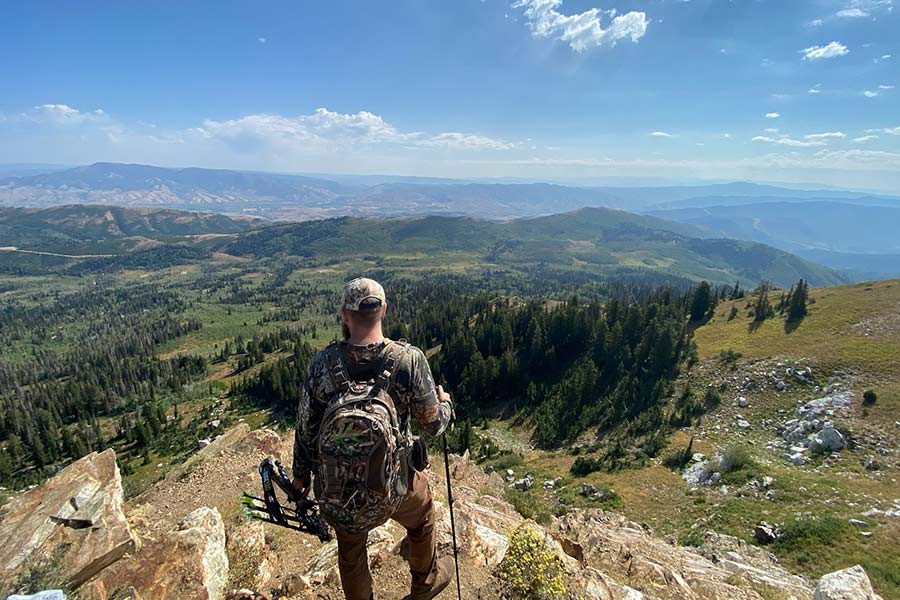 Do your research before heading out

It is also a good idea to visit the Utah Hunt Planner before heading out into the field. This great online resource includes notes from the biologists who manage the various hunting units across the state, as well as general information about the units and safety and weather items. You can see information about the number of bucks on the units, compared to the number of does. You'll also find maps that show the units' boundaries, which land is public and private, and the various types of deer habitat on the unit.

After you harvest a deer or elk, don't hang it in a tree to try to cool the meat. The hot temperatures (especially during the archery hunts) can spoil it. Plus, hanging a deer or elk in a tree might draw bears into your campsite. Instead, cut the animal up in the field and remove the meat from the bone. After removing the meat, place it in a cooler.

"Dry ice can be used to cool the meat quickly and keep it cool for a prolonged period," Jones says. "You want to keep the meat as cool as possible until you can process it and get it into your freezer."

"Hunting should be fun, and you should enjoy it. It's a great time to see Utah's amazing wildlife and to make memories with your family and friends. Get outdoors this fall and have an adventure or two in our beautiful state."