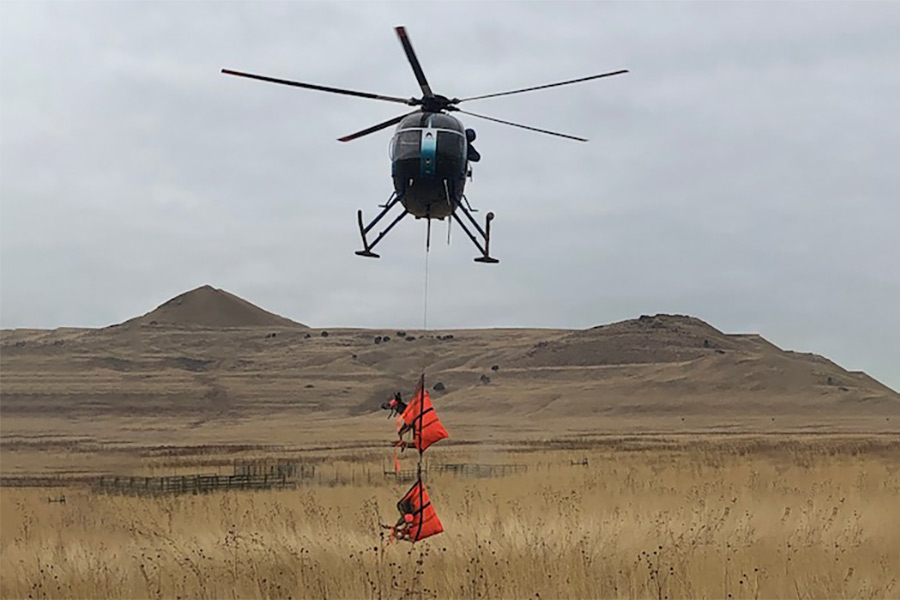 Why the DWR captures deer, other big game animals with helicopters each winter

Salt Lake City — Starting in late November, you might see helicopters buzzing around some of Utah's backcountry. And, that might lead to a few questions: Why is the DWR using a helicopter in the area? Isn't that stressful for deer and other wildlife? And why is it OK for the DWR to use a helicopter when they close wildlife management areas to the public during the winter?

The DWR captures around 1,000 big game animals each year to perform health assessments and to place GPS collars on the animals to learn more about their migration patterns. These studies help biologists determine overall winter survival rates and where to implement habitat projects to improve winter and summer feeding ranges for big game.

The animals are typically caught by a helicopter crew that uses a net gun, and then the animals are later safely released after the health testing. The captures typically take place in November and December (with a few happening in February and March) when the animals have migrated to lower elevations and are easier to locate. Another reason the captures take place during the winter is because big game animals have a hard time regulating their body temperature, and the cool weather helps them recover more quickly. The animals that are captured for these assessments include deer, elk, bison, bighorn sheep and pronghorn from around the state.

"It's interesting to follow an animal through its lifecycle — it teaches us a lot about their behavior and movements," Jim Christensen, DWR regional wildlife manager, said.

Placing GPS collars on deer and then following the animals over time, provides biologists with valuable information, including how long deer live in Utah, the type of habitat they're using during different times of the year and their migration patterns. 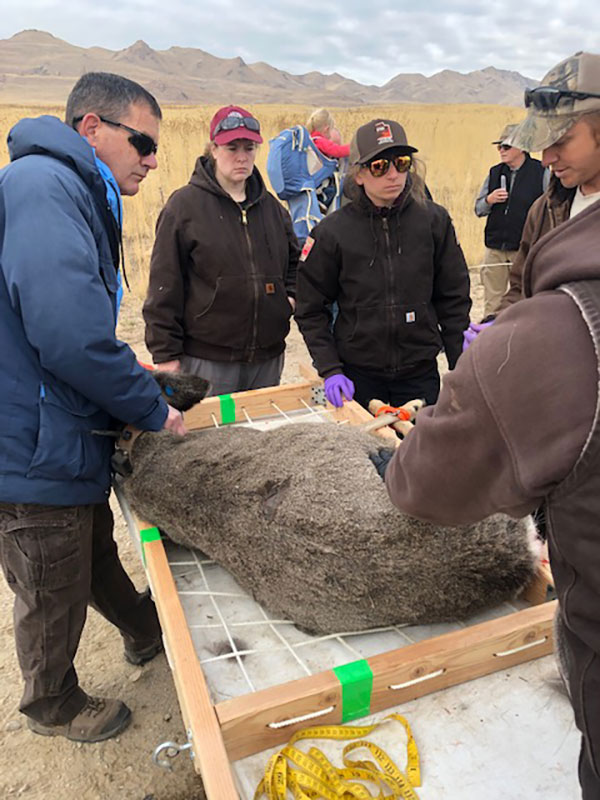 During the thorough health assessment, biologists will measure fat content, and they will also place a vaginal implant in some of the does. When the doe gives birth in the spring, the implant will hit the ground first, directing biologists to the fawn.

Winter and early spring are the toughest times of year for Utah's big game animals, especially deer. To try to reduce stress on the animals, WMAs in northern Utah are closed to the public from Jan. 1 until the second Saturday in April. Many people aren't aware how a quiet hike can cause deer problems.

"The challenge comes when deer are exposed to hiking and other disturbances day after day for months in a row," Christensen said. "Having to constantly flee from people can wear deer down during a time of year when they need to conserve their energy and not burn the fat reserves they need to make it through winter."

Fortunately, because of the WMA closures, deer are in much better shape than they would be otherwise. The closed WMAs give them a place to rest and conserve their energy. When the helicopter captures take place, the deer are better able to handle the brief stress it puts them under (the captures only take one to two days, and the helicopter is only in an area for a few hours.)

Putting the animals under stress — for a very short period of time — doesn't affect them much," Christensen said. "In fact, some of the deer we capture have been caught several times before. The fact that a deer can handle being captured several winters in a row shows the animals can handle short windows of stress. The relatively small risk to the deer is far outweighed by the data we gain."