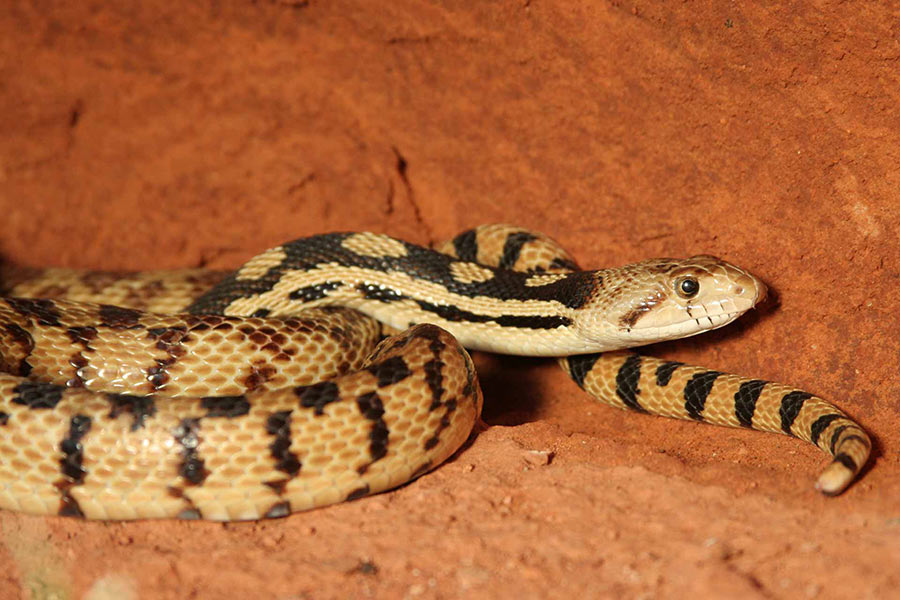 Utah has the following classifications for the collection and possession of wild reptiles and amphibians:

Important: Once you remove any reptile or amphibian species from the wild — whether it's non-native or native — it may not be released back into the wild.

There are several species of reptiles and amphibians that have declining or threatened populations. The following species are classified as prohibited for any take or harvest, which means you may not collect them from the wild and keep them unless you have special approval (called a variance) from the Utah Wildlife Board:

Sometimes, the DWR receives desert tortoises that other people have illegally removed from the wild, and members of the public are allowed to adopt them. Learn more about this program.

There are several species that are not native to the state of Utah and are classified as non-controlled. Because these species are often problematic for Utah's native wildlife, they may be collected or possessed in any number without a permit. The DWR does not maintain a full list of non-native species; however, the following species are known to occur in Utah and are non-native:

Although it is not required, you can help the DWR document the distribution of non-native reptiles and amphibians by photographing and reporting observations with the iNaturalist app.

Some abundant native species also fall into the non-controlled classification, but you must have a collection permit to remove them from the wild. After you complete the orientation course and obtain your collection permit, you will be allowed to take — or harvest — the following legal bag and possession limits of the lizard species listed below:

Although reporting is not mandatory for non-controlled species that fall into the Expanded possession category, we strongly encourage you to complete a voluntary online report if you take any of these four lizards home with you.

Utah has many controlled reptile and amphibian species that you can collect and remove from the wild as long as you meet certain requirements. After you complete the orientation course and obtain your collection permit, you will be allowed to take — or harvest — the following legal bag and possession limits of the species listed below:

If you capture and take home any of the controlled reptiles or amphibians listed above, you will also need to complete the mandatory online-reporting requirement. You must submit a report within 72 hours of taking a reptile or amphibian out of the wild. Learn more about this requirement.

The online course and collection permit do not authorize you to legally collect, possess or harvest rattlesnakes. In order to remove a rattlesnake from the wild in Utah and keep it, you must have special permission from the DWR in the form of a target="_blank">Certificate of Registration (COR).

The COR document will indicate which species you are authorized to collect and what you are allowed to do with them. The rattlesnake species listed below all require a COR:

To learn more about obtaining a COR to collect, possess or harvest rattlesnakes, see the rule for amphibian and reptile collection, importation, transportation, and possession or call Anita Candelaria at 801-538-4701.

Non-native venomous species are prohibited. You may not possess them without first obtaining special permission (called a variance) from the Utah Wildlife Board. If you have questions about this process, see Admin. Rule R657-53-18 or contact your local DWR office.