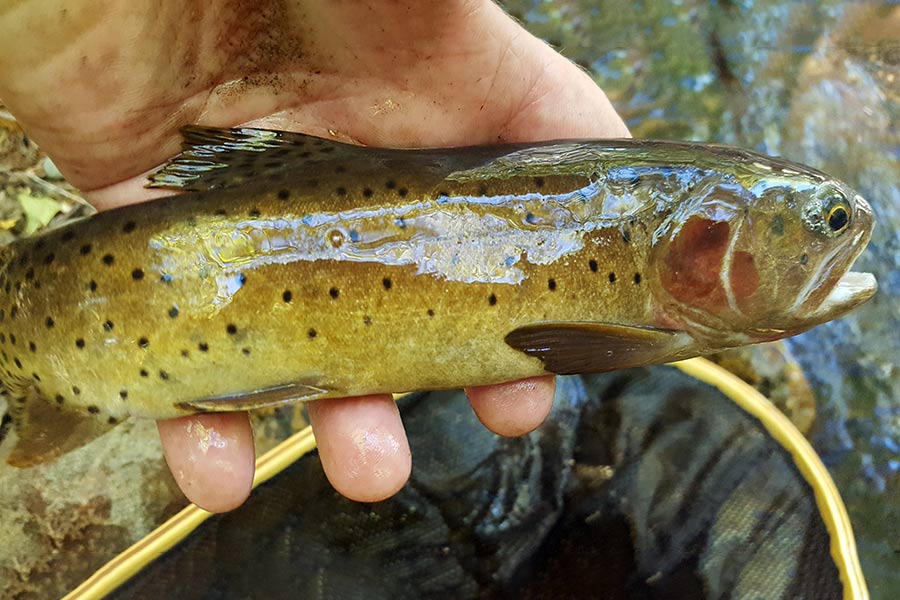 Salt Lake City — The Utah Cutthroat Slam recently hit a few milestones, including reaching its 600th completion and raising more than $50,000 for cutthroat trout conservation. This Utah-focused fishing challenge has seen a surge in participation in 2020.

"The overwhelming popularity of the Utah Cutthroat Slam makes clear that our wild, native trout are indeed a gift to current and future generations," Paul Burnett, Utah chapter water and habitat program lead for Trout Unlimited National, said. "The fact that more of us are heading outdoors and chasing these fish during these challenging times is truly indicative of how important they are and why Trout Unlimited remains deeply committed to their long-term conservation."

People from 41 states and Canada have registered for the Utah Cutthroat Slam. Forty-six anglers have completed the slam multiple times, and one man recently completed it for the eighth time.

The Utah Cutthroat Slam was created in 2016 as a partnership between Trout Unlimited and the Utah Division of Wildlife Resources to educate people about the value of native fish and to generate money for cutthroat trout conservation work. Sixteen conservation projects have been completed using proceeds generated from registration fees in the Utah Cutthroat Slam program, and three more projects are underway this year to help benefit native cutthroat trout in Utah.

Utah is home to four cutthroat trout species, the only native sportfish in the state. To complete the slam, anglers have to catch each of the four native Utah cutthroat trout — Bonneville, Colorado River, Bear River and Yellowstone — in their historic ranges.

There is no time limit requirement to complete the slam. Anglers have a day, a month, a year or a lifetime to catch the four fish. However, participants must register for the slam before they start their attempt. Registration costs $20 for adults and $10 for youth, and anglers can register on the DWR website. All but $1 of the registration cost is dedicated to conservation projects throughout the state.

"Trout Unlimited is proud to be a partner with the DWR, and we are excited about the success of this program both locally and nationally," Trout Unlimited Utah Council Chair Scott Antonetti said. "The cutthroat slam has generated a great deal of interest, and the funds generated have helped restore critical habitat for this species. It is our hope the program will continue to grow and excite anglers as they help us restore and maintain wild cutthroat habitat, both now and in the foreseeable future."

Anglers who successfully catch all four of Utah's native trout will receive a medallion and a certificate of completion.

"The Utah Cutthroat Slam is a great partnership between the DWR and Trout Unlimited," DWR Sportfish Coordinator Randy Oplinger said. "We value the program because it has helped increase public awareness of Utah's only sportfish species. The program has also generated funds that have helped Trout Unlimited and the DWR work collaboratively toward further securing cutthroat trout in Utah. There are some beneficial projects that we would not be able to complete without this important program."