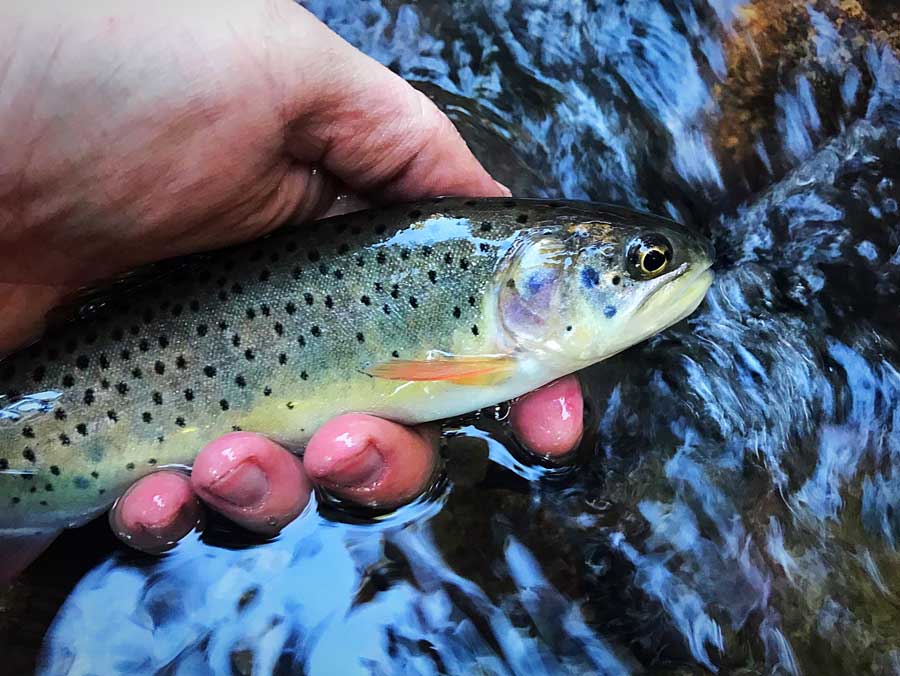 Danny Pehrson holds the Bonneville cutthroat trout that he caught in 2018 as part of the Utah Cutthroat Slam.

Danny Pehrson holds the Bonneville cutthroat trout that he caught in 2018 as part of the Utah Cutthroat Slam.

The projects were selected by the Utah Division of Wildlife Resources, Utah Department of Natural Resources and Trout Unlimited — the organizations that started the Utah Cutthroat Slam. Launched in April 2016, the slam is a fishing challenge that requires participants to catch Utah’s four native cutthroat trout species in their native range. The $20 registration fee goes toward conservation projects for the native species.

“There was a time when there were few cutthroat trout populations in the state,” DWR sportfish coordinator Randy Oplinger said. “We have done a ton of restoration work to bring cutthroat back, and they are now a true conservation success story in Utah. The Utah Cutthroat Slam program helps fund projects that continue our restoration of cutthroat trout. Anglers should consider participating in this fun challenge because their registration fee goes directly toward the conservation of cutthroat trout and helps us create better angling opportunities for this important species throughout Utah.”

The first conservation projects for the program were launched in the fall of 2016, and since then, the Utah Cutthroat Slam has generated more than $40,000, with over 2,000 registrations and more than 500 anglers completing the challenge. Fourteen conservation projects have been completed using proceeds generated from registration fees in the Utah Cutthroat Slam program.

The three projects selected Tuesday will be completed in 2020 and will take place in central, southern and northeastern Utah. The projects will benefit three of the four subspecies of native cutthroat in the state.

Funds from the Utah Cutthroat Slam will help fund the restocking of Bonneville cutthroat trout into this river. Because the river is located in an extremely remote area, a helicopter will be used to stock the fish. The Utah Highway Patrol will be partnering on this effort to allow the use of their helicopter, and Bureau of Land Management personnel will also assist during the stocking.

The other two projects will provide informational signs and kiosks to educate the public about native cutthroat trout. They will be placed at Manning Meadow Reservoir and Manning Creek on Monroe Mountain, and also at Lake Canyon Lake.

“The success of the Utah Cutthroat Slam shows anglers support conservation efforts that make fishing better and benefit native species,” Brett Prettyman, Trout Unlimited intermountain communications director, said. “It also illustrates that anglers are excited to explore new fishing destinations. In talking to participants, it seems the adventure people have with family and friends while working to complete the slam is their favorite thing. The goals of the program are to provide an education about native trout, raise money for conservation and get people to visit places they may not go otherwise. Trout Unlimited and the Utah Division of Wildlife Resources feel like we are meeting those goals.”