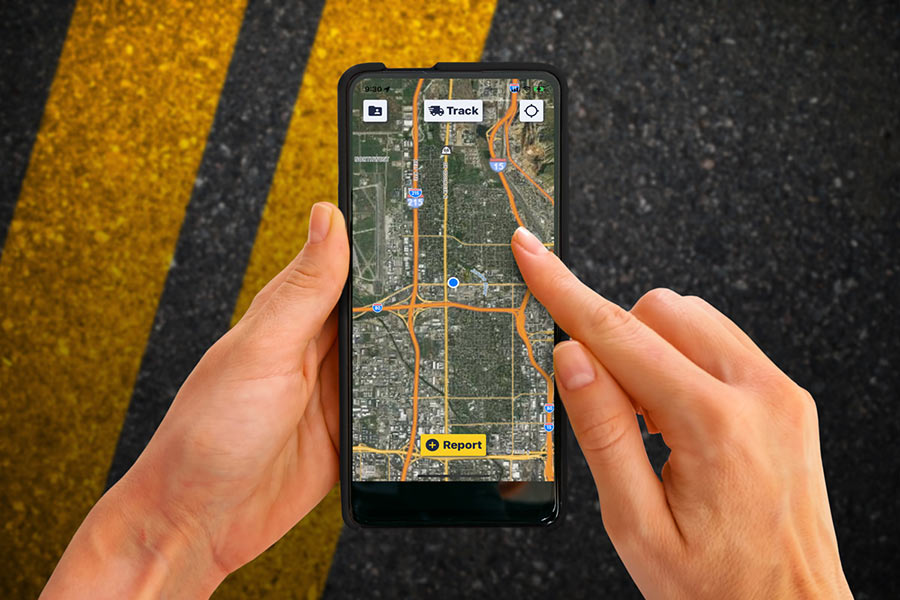 Salt Lake City — The Utah Division of Wildlife Resources and Utah Department of Transportation are working to reduce wildlife-vehicle collisions by building wildlife crossing structures on roads across Utah. But because these collisions unfortunately still occur from time to time, the agencies are making it easier for people to provide information about dead animals on Utah roads through the release of a new app: the Utah Roadkill Reporter.

The new Utah Roadkill Reporter app is available for free in both the Google Play store and Apple's App Store. The app will allow people to easily report the location and description of any dead animals they see on or near roads, so those animals can be removed more quickly from highways and freeways by DWR and UDOT employees who have access to the data. Dead animals left on roads can become traffic hazards and can cause additional incidents.

When someone submits a roadkill report through the app, along with including the species of animal and a GPS location, they may also upload a photo of the animal. UDOT and DWR encourage the public to never use the app while driving, and suggest not getting out of your vehicle when submitting a report, due to safety concerns along busy roads. If a passenger is unable to submit a report, upload the report later using a milemarker near where the animal was spotted. The state agencies also urge the public not to pick up roadkill — trained crews will do that once they receive the report.

"It is important for us to understand how many wildlife-vehicle collisions occur in Utah," DWR Utah Migration Initiative Coordinator Blair Stringham said. "This new app will allow us to know exactly when and where collisions occur, which will help us identify hot spot areas on Utah highways. We can then work with UDOT and other partners to install underpasses, fencing, wildlife overpasses and other structures to reduce collisions in those areas and keep wildlife and people safe."

Along with providing information about potential areas for wildlife crossings, the data collected through the app will also benefit the Utah Wildlife Migration Initiative and its efforts to learn more about the annual migration patterns of different animal species in Utah. The Utah Wildlife Migration Initiative is a program that tracks and studies the migration patterns of different wildlife and fish species in the state. Most of the data comes from animals wearing GPS tracking devices or from fish tagged with implanted transmitters. The tracking data benefits wildlife because biologists can identify where the animals spend large portions of time and then make habitat improvements in those areas.

"For years, wildlife carcass data has been a key factor in UDOT and DWR's decision-making process to make Utah roads safer and improve wildlife population health," said UDOT's Natural Resource Manager Matt Howard. "The new app will make it easier for the public to use and will give us more and better information to guide future mitigation efforts."

Work on the app began in 2020 and was funded by the DWR and UDOT. You can learn more about the app here.