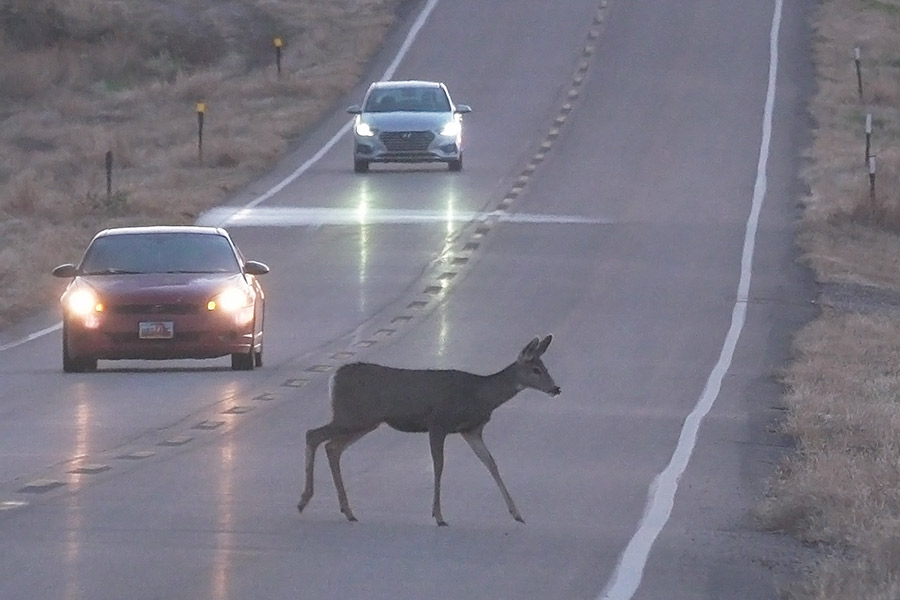 Salt Lake City — While Utahns will gain an extra hour of sleep on Nov. 6 when daylight saving time ends, the time change also means that many people will have evening commutes during lower-visibility hours in the months ahead, which can increase vehicle/wildlife collisions.

During the fall, there is an increase in wildlife along the roadways, primarily due to big game animals migrating to lower elevations in search of feed. The migration period for deer is typically April and May, and then again in October and November, which is also when the highest number of vehicle and deer collisions occur in Utah.

"The peak time to hit deer in Utah is during November," Utah Division of Wildlife Resources Migration Initiative Coordinator Blair Stringham said. "It coincides with mating season and the annual migration of deer. Animals are crossing more roads during the migration, and male deer move around a lot more to find mates. Plus, it doesn’t help that the daylight hours are shorter, creating lower visibility for drivers."

In 2012, there were approximately 10,000 deer-vehicle collisions, according to a DWR study. However, those numbers are likely lower now because more fences and wildlife bridges have been installed along migration routes across Utah highways in recent years, as part of the Utah Wildlife Migration Initiative.

So far this year, there have been over 4,000 deer/vehicle collisions reported in Utah. Deer are more active early in the morning and in the evenings, which coincides with busy commuting hours. This is also when low-light conditions make it difficult for drivers to see.

How to avoid wildlife collisions