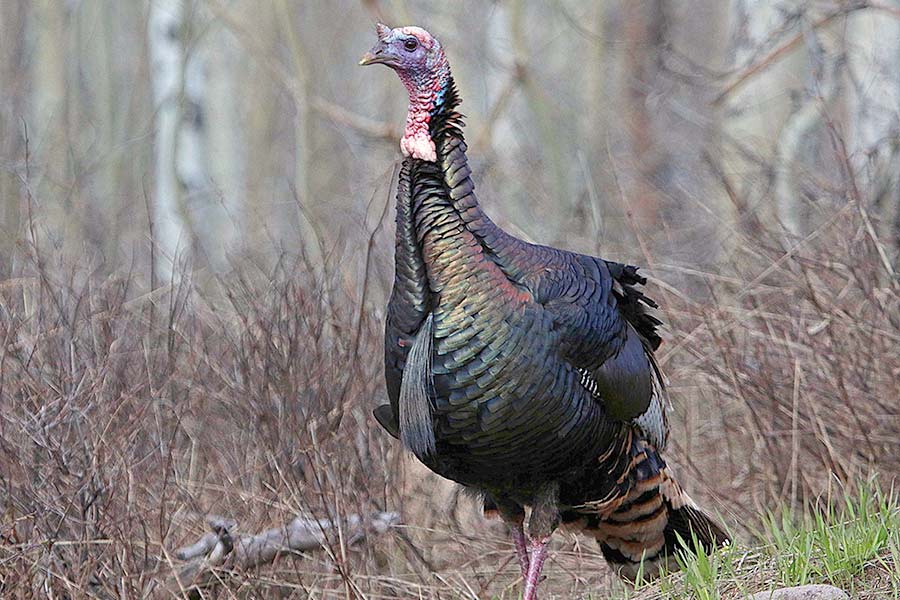 Salt Lake City — Thanksgiving is a time centered around all things turkey. From cute home decor to deliciously prepared main dishes, turkeys are a big focal point of the holiday. If you like the idea of harvesting your own locally sourced turkey — instead of fighting the crowds to buy one at your neighborhood supermarket — you can start planning now for next year's Thanksgiving feast, and apply for an opportunity to hunt turkeys in Utah next spring.

The application period for the spring 2023 limited-entry turkey hunt opens on Dec. 13. To be included in the permit drawing, you must submit your application before 11 p.m. on Dec. 27. You can apply on the Utah Division of Wildlife Resources website or over the phone by calling the nearest DWR regional office.

The limited-entry hunt will be held April 8–27, 2023. The following number of permits are available for each of the DWR's five regions:

If you don't draw one of the limited-entry permits, however, you can still hunt turkeys in the spring. After the limited-entry hunt is over, the general statewide turkey hunt happens in May. Permits for the general-season hunt are not limited — although each hunter can only get one permit — and are sold over the counter or online, so you'll have no problem getting one.

Permits for Utah's general statewide spring turkey hunt go on sale at 8 a.m. on March 2. The general turkey season will be held from May 1–31, and the youth turkey hunt will run from April 28–30.

More information about Utah's upcoming spring turkey hunting season is available in the 2022–23 Utah Upland Game and Turkey Guidebook. The free guidebook is available on the DWR website or you can pick up a copy at a DWR office or from hunting and fishing license agents across Utah.

Utah offers spring turkey hunts (limited-entry and general-season) and also a fall turkey hunt. The spring hunts provide more opportunity for hunters across the state, while the fall general-season turkey hunt was implemented in 2014 as a way to address ongoing nuisance turkey issues and depredation that result in damage to private property.

Because the fall hunt is specifically designed to eliminate conflicts with landowners, turkey hunting in the fall is administered to alleviate these conflicts, rather than to offer opportunity. Fall boundaries are augmented annually to target these specific nuisance or depredation areas and are not available in all parts of Utah. This hunt runs from Oct. 1 to Feb. 28, 2023.

There are currently between 25,000–35,000 wild turkeys throughout the state. While there are some anticipated population declines due to recent year's drought conditions — which impacts young birds' (poults) survival into adulthood — there is still a stable turkey population statewide. There are two turkey subspecies that live in Utah: Rio Grande and Merriam's. Turkeys have a long history of being in Utah, but while today's populations are thriving, that wasn't always the case.

"Based on historical and archeological evidence, it's clear Native Americans and turkeys coexisted in Utah," Talley said. "That evidence includes pictographs, petroglyphs, blankets made from turkey feathers, and turkey bones that have been found at places where Native Americans lived historically."