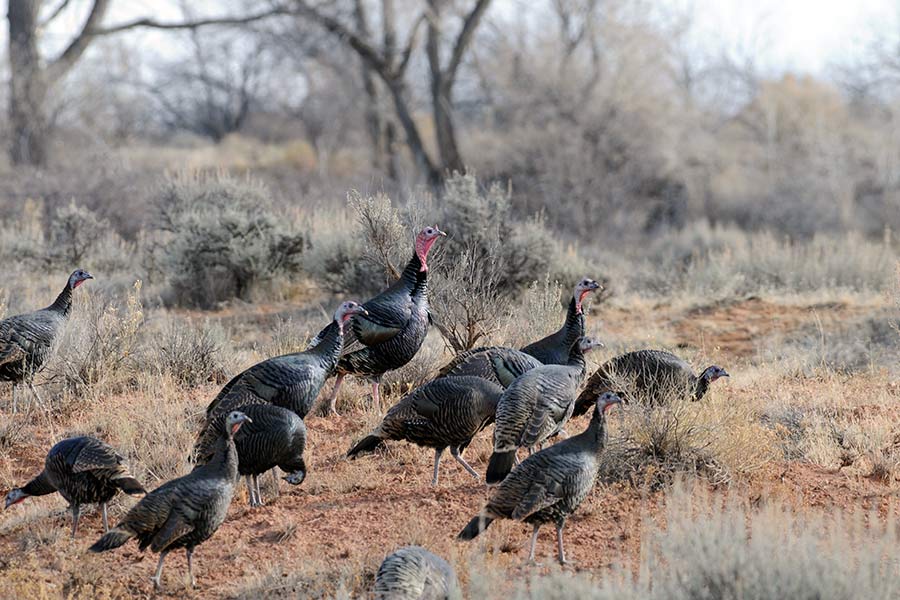 Correction: A previous version of this news release stated that the 25% cap on the turkey permits would only apply to the northern and central regions. That has been updated to reflect that the cap applies to the whole state.

Salt Lake City — The Utah Wildlife Board approved a few changes to turkey hunting and upland game hunting in Utah, as well as some changes to the Landowner Association program, during its meeting on Thursday.

The Utah Division of Wildlife Resources in coordination with the Utah Upland Game Plan Committee — which includes members from a variety of federal agencies, local universities, conservation groups and non-government organizations — created a new Utah Upland Game Management Plan. The Utah Wildlife Board approved the plan during Thursday's meeting.

The plan will direct the management of several upland game species in the state for the next 10 years (from 2022–2032). The plan includes three goals, including:

In addition to a new management plan, the wildlife board also approved a few changes to turkey hunting. Previously, hunters could purchase three either-sex permits for the fall turkey hunts. The fall turkey hunt was implemented in 2014 as a way to address ongoing nuisance turkey issues and depredation that result in damage to private property.

"Because these hunts are implemented to decrease the turkey populations in localized urban/agricultural areas, having hunters harvest female turkeys would be more beneficial to help decrease turkeys in those targeted locations," DWR Upland Game Coordinator Heather Talley said. "However, we noticed that a higher number of male turkeys are being harvested during these fall hunts than we expected."

During the 2022 legislative session, the Utah Wildlife Board was directed to designate species that could be hunted with air rifles. As a result, the board voted to allow the use of air rifles for hunting rabbits and hares and during the fall turkey hunts, as long as an excise tax could be added to air rifles that would help fund conservation efforts (like the Pittman-Robertson Act with other firearms).

Due to increased populations over the past year, the Utah Wildlife Board approved reopening the Parker Mountain hunting unit to sage grouse hunting for the 2022 season. Those hunting permits will be kept at or below 5% harvest of the total population in that area.

After a directive from the Utah Wildlife Board to look at ways to update the current Landowner Association program and its allocated hunting permits to make it more consistent across the state, the DWR created a diverse committee that held several meetings over the past year to propose updates to the program.

After feedback from that committee and members of the public, the wildlife board voted to approve several changes to the general-season landowner permits, including:

Several changes were also made to the landowner limited-entry vouchers:

The board also voted to give LOA landowners the opportunity to propose future additional program changes to the committee and the DWR. Any proposed changes would be shared at public Regional Advisory Council meetings in August and September and would go to the Utah Wildlife Board for consideration on Sept. 29, 2022.

The board also voted to have the DWR look into options for adding a youth Dedicated Hunter program to provide additional opportunities for youth to hunt big game every year.

You can watch the full meeting on the Utah Department of Natural Resources YouTube channel.