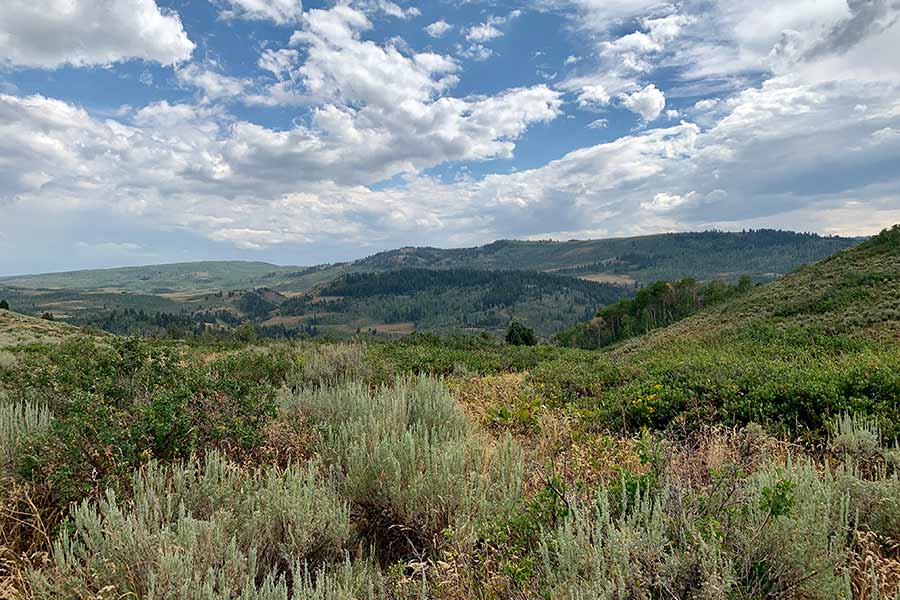 Huntsville — After obtaining the winning bid at a public auction in November 2021, the Utah Division of Wildlife Resources officially took ownership of its newest wildlife management area — the Cinnamon Creek WMA — in June. A ribbon-cutting ceremony was held on Aug. 5 to mark the occasion.

Named after a creek that runs through the property, the Cinnamon Creek WMA provides important summer range for mule deer, elk and moose. Sharp tailed-grouse and greater sage-grouse also live on the property, and native Bonneville cutthroat trout swim in its creeks and streams.

Located 15 miles south of the Hardware WMA, the 8,107-acre WMA sits on the border of Cache and Weber counties. The wildlife management area is located just off Ant Flat Road and features rolling sagebrush hills dotted with stands of aspen trees. A canyon that runs through the WMA is filled with heavy, thick forest. Cinnamon Creek and other creeks and streams crisscross the property.

"Obtaining the property is a major win for wildlife and wildlife enthusiasts," Daniel Olson, regional habitat manager for the DWR, said. "When the Utah School and Institutional Trust Lands Administration put the property up for bid last fall, plenty of parties, including private developers, wanted it. Fortunately, conservation groups, a federal partner and the Utah Legislature, led by Rep. Casey Snider, came through with the funding needed to win the bid and preserve the area for wildlife."

In addition to the state legislature, four conservation groups — the Mule Deer Foundation, The Nature Conservancy, the Rocky Mountain Elk Foundation and Sportsmen for Fish & Wildlife — provided extensive funding for the purchase of the property. The U.S. Fish & Wildlife Service, a federal partner, also contributed significant funding to buy the land.

Previously, SITLA had owned the property for several decades. The agency raised money for Utah's school system by charging fees to graze sheep and cattle on the property. The DWR also paid SITLA a yearly fee to allow hunters and anglers access to the land.

Updates to the WMA 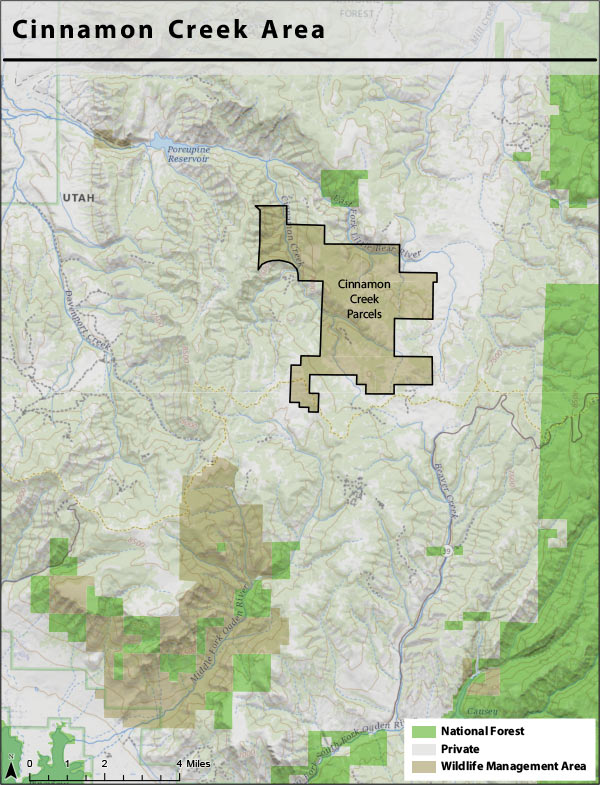 The WMA is open to the public, but after years of heavy recreational use, the DWR has lots of work ahead to make the area better for wildlife and a good place to hunt and fish. The DWR's efforts started shortly after it was officially awarded the deed for the property. Immediately after the July 4 holiday, the DWR's heavy equipment crew began improvements at the entrance to the WMA. The parking area was rebuilt and expanded, and a new culvert was placed at the start of the entrance road, to reduce the chance of flooding on the road. The entrance road was in rough shape, so a new road was built on the hill leading into the WMA.

"Most of the roads on the WMA are in bad shape," Olson said. "Recreational users have also created roads where roads shouldn't be. Providing nice roads for people to travel on, and closing the spur roads that have developed through the years, are among our first priorities."

Fortunately, the habitat on the WMA is in decent shape.

"There's not a heavy weed component on the WMA," Olson said. "I'm confident the area will respond well to our habitat reclamation efforts."

However, fences on the WMA are either in poor condition or nonexistent in some areas. "Properly fencing the property is going to keep us busy for a long, long time," he said.

The DWR will form a planning committee and begin developing a management plan for the WMA starting in January 2023. The plan will determine myriad items, including when the property will be open to the public and what types of activities will be allowed. Once a draft plan is completed, it will be taken through a public process for comment and refining before becoming official.

The Cinnamon Creek WMA is the 193rd wildlife management area in Utah. In addition to providing areas for people to hunt and fish, WMAs provide vital winter ranges and feeding grounds for many wildlife species, including big game. The areas also help minimize and mitigate wildlife depredation on private property.