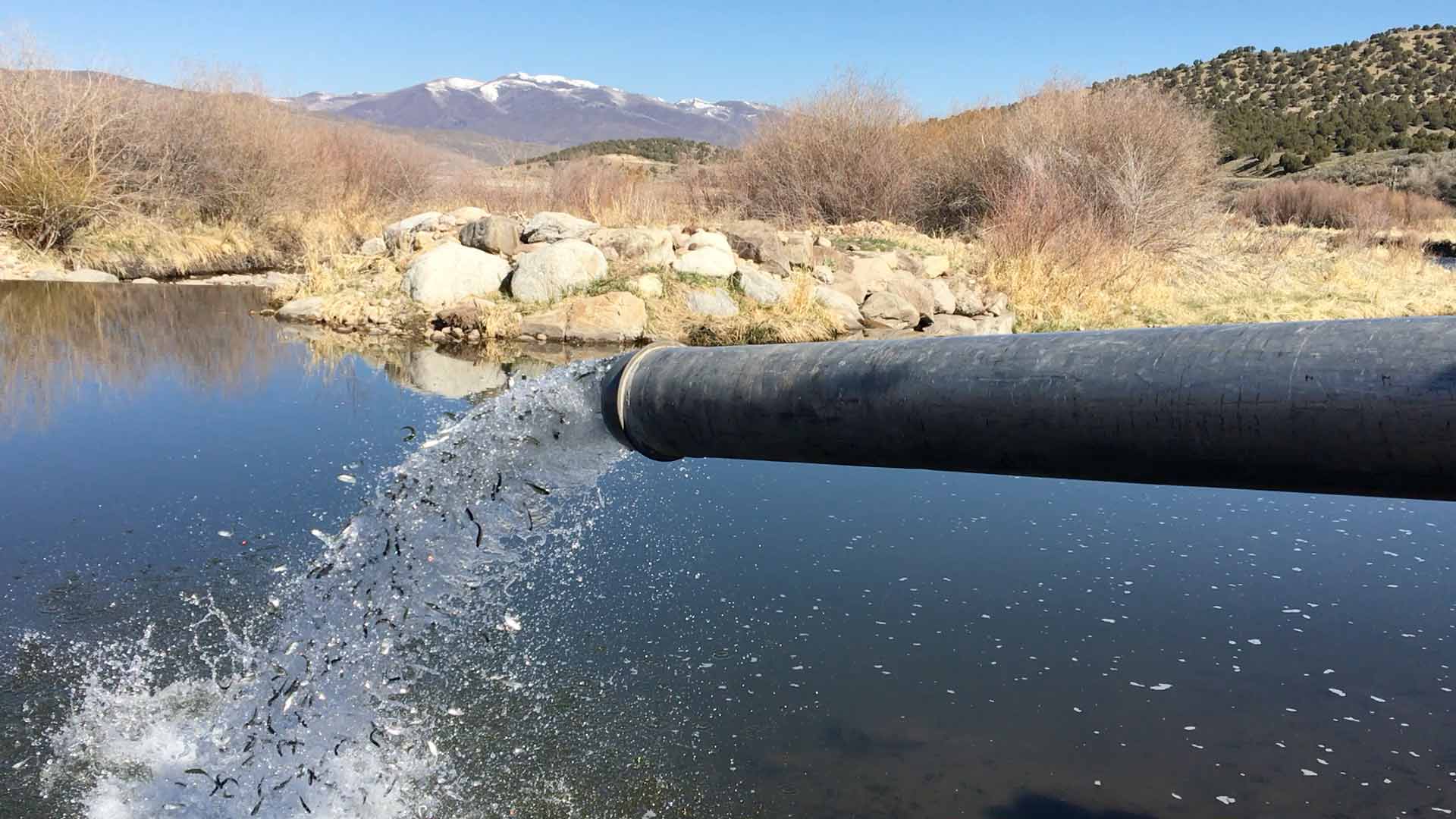 An initial version of this news release left bluegill, rainbow trout, tiger trout and wiper off the list of fish stocked this year. That list has been updated.

DWR stocks more than 9.6 million fish throughout Utah in 2021

Salt Lake City — In an effort to enhance fishing and boost native fish populations, the Utah Division of Wildlife Resources stocks a variety of fish species throughout Utah every year. In 2021, the DWR worked to proactively change its fish stocking to help more fish survive during the extreme drought.

Drought impacts fish by reducing the amount of water available in lakes, reservoirs and streams throughout the state. Smaller amounts of water heat more quickly and warm to higher temperatures. Warm water holds less oxygen than colder water, and the combination of high temperatures and low oxygen can stress fish, causing poor growth and disease. In an effort to help increase the survival rates of fish that were stocked this year, the DWR stocked fewer fish in waterbodies with low water levels and reallocated those fish to other waterbodies not impacted by drought.

The practice of stocking fish in the Beehive State goes back more than a century, as fish were first formally stocked in Utah in 1871. At that time, fish were transported from other states by train and were stocked into lakes along the train route. In 1897, Utah opened its first hatcheries and started raising trout locally.

"These original hatcheries were really impounded streams where we put fry that we got from the federal government," DWR Aquatic Section Assistant Chief Craig Schaugaard said. "We opened our first traditional fish hatchery — where we produced our own eggs and used raceways like we have today — in Murray in 1899."

Over time, the DWR expanded its fish hatchery operations. There are now 13 facilities across Utah. The bulk of the fish stocked in 2021 — 1.1 million pounds of the total 1.2 million pounds — came from these DWR hatcheries. The remaining fish were transported from various hatcheries across the U.S.

"Our hatcheries are important because they provide the majority of the fish we stock in the state," Schaugaard said. "Stocking is a crucial management tool that we use to provide Utahns with the numbers and species of fish they desire. Stocking fish helps ensure that the public has a great fishing experience. It also helps in the recovery of threatened or endangered fish. June suckers were recently downlisted from endangered to threatened under the Endangered Species Act because of recovery efforts, including stocking."

The DWR stocked 19 different fish species in 2021, including:

The DWR fish hatcheries produce multiple strains of some species, and some of the fish are sterile (meaning they can't reproduce). Producing sterile fish is an important management tool that helps control fish populations in various waterbodies.

Find more details about the DWR's stocking strategies on the DWR website.