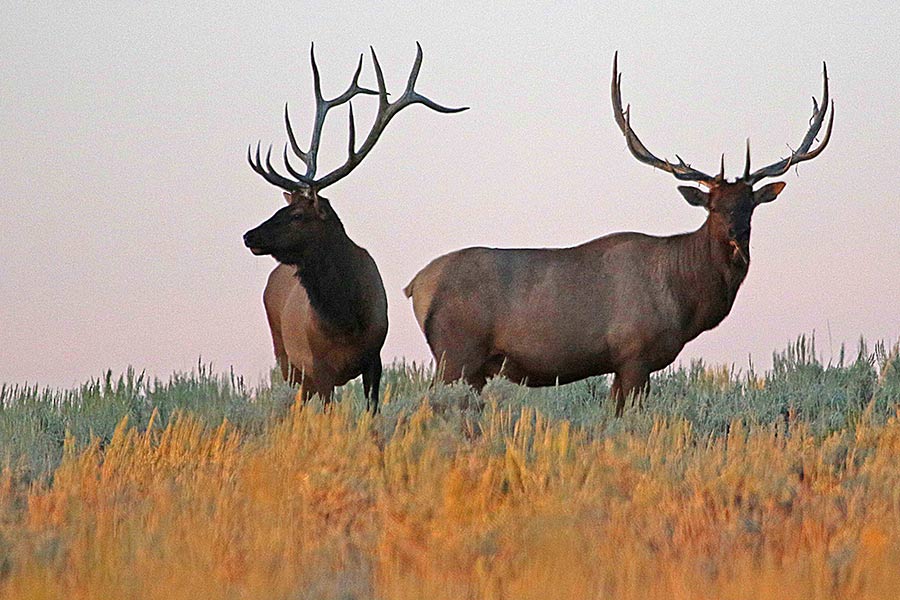 Salt Lake City — After a proposal to move the over-the-counter, general-season elk permits to the big game drawing for a one-year trial due to increased demand and system overload issues, the Utah Wildlife Board voted Thursday to continue selling the permits over the counter, and also approved a few other hunting changes during a public meeting.

The demand to hunt big game in Utah has increased over the past few years. The general-season any bull elk and spike bull elk permits have traditionally been sold online or over the counter at DWR offices and at a variety of retail locations. These elk permits, in particular, have grown in popularity over the last three years:

"The increased demand for these permits has caused an overload to the license sales system for the past two years, which has led to slower processing times and a frustrating customer experience," DWR Wildlife Licensing Coordinator Lindy Varney said. "Our current contracted sales system does well during the rest of the year, but these 'sales days' for the elk permits cause a buying rush that overloads the system a few days a year."

The wildlife board voted to continue selling the permits online and over the counter, as in past years.

"We have been working with our contractor to address some of the technical issues, including pursuing a database expansion that will increase performance," Varney said. "We are hopeful that expansion will be in place for next year's sales days and will help improve the online buying experience."

The wildlife board approved leaving the five-day extension on the archery any bull elk hunt until the 2022 season. This extension was a recommendation from the public that was approved last year for a two-year period until the statewide elk plan is revised in 2022. The board also approved adding an additional two days to the end of the youth any-bull elk hunting season.

A few new hunts were also approved for the 2022 big game season:

Changes to waterfowl hunting for 2022–24

Utah's swan hunting season had to close early for the past three years after hunters reached the federal quota of 20 trumpeter swans before the end of the season. As a result, the wildlife board approved requiring an annual orientation course for anyone applying for a swan hunting permit. The board also approved a rule to prohibit someone from being able to apply for a swan hunting permit for several years if they harvest a trumpeter swan. The timeline will be as follows:

The board also approved to change the name of the "Wilson's snipe hunt" to "snipe hunt" to give hunters more leeway in hunting all six species of snipe in Utah.

The Cooperative Wildlife Management Unit program is a DWR program that allocates hunting permits to private landowners who then provide hunting opportunities to public and private hunters for a variety of wildlife species. The CWMU program in Utah has opened more than 2 million acres of private land to the public for hunting. The program provides an incentive to landowners to maintain their land as open spaces, improve the areas that serve as wildlife habitat and work with the DWR to manage for increased wildlife populations.

For 2022, there were 30 applicants for the CWMU program. The wildlife board approved the following:

The board approved some minor changes to the LOA program for 2022, renewing one application with a request of seven buck deer permits and approving a change request for an additional bull elk tag for the next two years.

The board also approved some minor hunting season date changes for a bighorn sheep hunt and mountain goat hunt to avoid overlap with other hunts. The wildlife board also denied a variance request for an individual to bring a capuchin monkey into Utah, as it is a prohibited wildlife species in the state.

You can watch the full meeting on the DNR YouTube Channel.