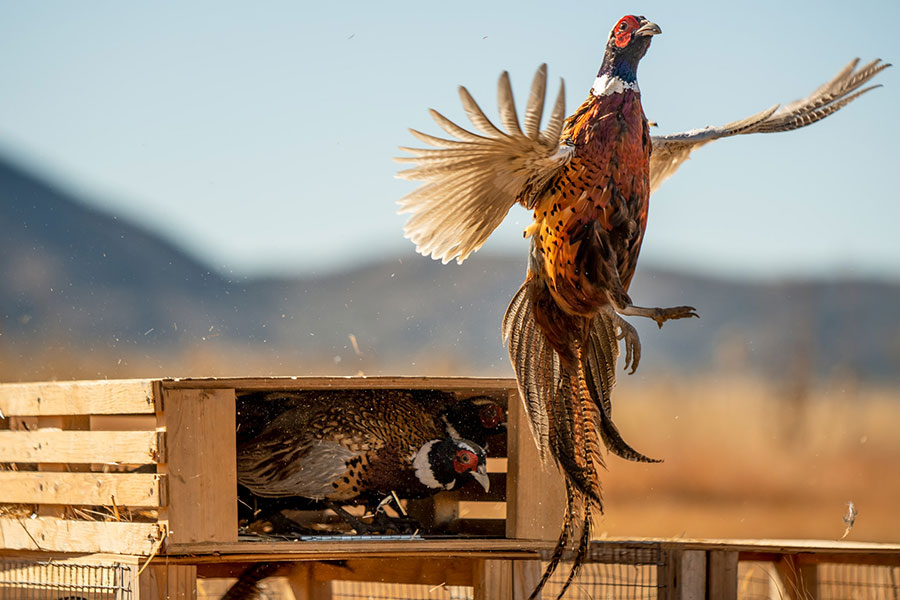 What hunters should expect during the 2021 pheasant and quail hunts

Salt Lake City — Many upland game and waterfowl hunts are already underway across Utah. The general-season pheasant and quail hunts open Nov. 6. If you are planning to target either of these birds this fall, here is what you should know.

Pheasant (ring-necked) populations around the state

Utah's general pheasant hunting season runs from Nov. 6 to Dec. 5. The Utah Division of Wildlife Resources releases thousands of pheasants on various wildlife management areas around the state each week during the general-season hunt.

The number of pheasants and where they can be found will depend on where you are hunting in Utah. In northern Utah, there was an average brood production and no major population declines — despite the drought conditions — since the birds were still able to access water in rivers and irrigation canals. Hunting success should be about the same as last year. The majority of pheasants in this region can be located on private land in the eastern portion of Box Elder County. Hunters should remember that written permission from landowners is required to hunt on any private lands.

In northeastern Utah, the drought impacts on pheasant populations were also minimal because their habitat is so closely aligned with irrigated crop lands. Most of the birds in this part of the state are found on private agricultural lands.

In central Utah, the highest pheasant populations are found along the south shore of the Great Salt Lake and in agricultural areas near Erda. Pheasants are also released on the wildlife management areas around Utah Lake.

The wild pheasant population is relatively limited in the southeastern part of the state. Due to extreme drought, hunting conditions for wild pheasants will likely be poor this year. Most of the pheasants in this part of the state will be found near irrigated fields on private lands. Popular pheasant hunting areas include the Green River Valley near the town of Green River, the Fremont River near the town of Hanksville, the Miller Creek area of Carbon and Emery counties, and in Huntington, Straight and Ferron canyons.

In southern Utah, hunters can find some wild pheasants in the Monroe and Fish Lake areas of the Sevier Valley. However, there are not a lot of wild populations located in southern Utah, and the severe drought conditions likely reduced the feed and habitat needed for young pheasant survival this year. Hunters should target wildlife management areas where pheasants will be released.

In general, pheasants like areas with nearby fields of wheat or corn that provide feed for them. Pheasants also prefer habitat with stemmed grass that provides nesting cover, as well as areas with dense woods or wetlands with thick cattails that provide shelter during the snowy winter months. These birds are good at hiding in brush, so hunting with a well-trained dog will increase your chances of success.

"If you don't have a dog, you can still be successful by walking slowly to flush out the pheasants," DWR Upland Game Coordinator Heather Talley said. "Many times, they will flush if you stand near them for a few minutes because they think that they've been spotted."

Walking along ditch banks or fence lines is also a good hunting strategy. Pheasants typically prefer to run rather than fly away, so if you walk along these areas, you are more likely to drive them out into the open, where they will flush.

"Hunters should also target the DWR wildlife management areas located throughout the state because we will be releasing about 12,000 pen-reared rooster pheasants in these areas," Talley said. "Birds will be released each week throughout November to help increase hunter success and give everyone a good opportunity to harvest birds this season. If you do choose to hunt on one of our WMAs, be willing to hike a long way away from parking areas and other hunters to increase your chances of finding the wild birds."

Hunters should also remember that several of the WMAs require non-toxic shot (for example, steel shot) when hunting. Lead shot may not be used. For more information about the pheasant hunts, visit the DWR website.

Hunting quail also differs in each area of the state. In northern Utah, the drought didn't have major impacts to the populations, since they primarily stayed in agricultural fields that were irrigated. Hunters should also be able to locate quail near the Great Salt Lake wetlands.

In northeastern Utah, much of the quail habitat is on private land, so make sure to obtain written permission from the landowner prior to hunting. Quail populations in this area weren't impacted by drought since they are mostly located on the irrigated agricultural fields that still had water.

In central Utah, the highest concentrations of California quail are in urban areas, which limits most hunting opportunities. The highest populations of quail are found in and around Tooele City. 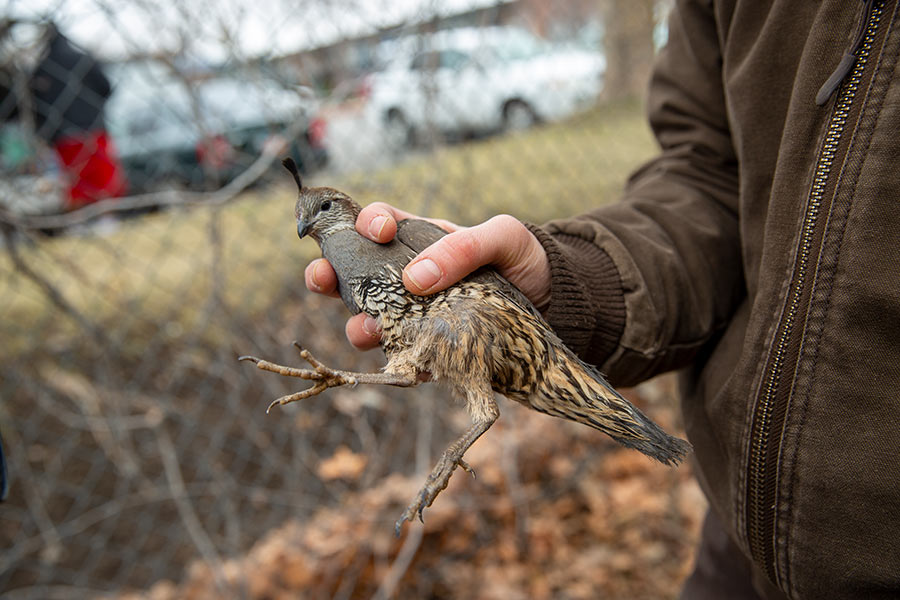 In southeastern Utah, the brood production of California quail was good for the third consecutive year. Quail are not widespread in southeastern Utah, but there are some populations near farmlands along the Colorado and Green rivers, as well as in lower Huntington Canyon and along the Price River.

Gambel's quail numbers decreased in southern Utah (particularly in Washington County) this year, due to drought impacting chick production and the overall population. There are some California quail on the wildlife management areas, but there are fewer birds than last year.

California and Gambel's quail are hunted using similar methods — just in different habitats. When hunting Gambel's quail, look for Joshua trees, dry washes and draws with black brush or desert almond. California quail will occupy washes containing water and brushy cover, and will eat flowers from grasses, trees and shrubs, as well as seeds and leaves.

"It's best to hunt quail with a trained hunting dog, since quail would rather hunker down and hide than fly away," Talley said. "Holding the quail in place with a dog will enable you to get close enough to flush the birds and get a shot. If you don't have a dog, you can still hunt quail successfully. If you get close enough to running quail before they fly, you can still get a good shot."

The statewide youth pheasant hunt will take place from Oct. 30 to Nov. 4, and pheasants will be released just before the hunt. The statewide youth quail hunt will take place from Oct. 30 to Nov. 1. If you were 17 years of age or younger on July 31, and you've completed Hunter Education, you can participate in the hunt. If you haven't yet finished Hunter Education — and you're at least 12 years old — you still might be able to participate through Utah's Trial Hunting program. You must also have a hunting license and follow all of the state's upland game hunting rules.

The DWR and several partners will also be hosting several youth and beginner hunts around the state. You can find the details of those events and register for them on the DWR website.

To add an extra challenge to your hunts this fall, consider participating in the Upland Game Slam. Similar to the Utah Cutthroat Slam, it encourages hunters to harvest a variety of upland game species, while generating money to help fund a variety of habitat and upland game-related projects.

Hunters complete a slam by harvesting the required amount of the target species. Each slam is designed to give you an extra challenge while you're hunting, as well as the opportunity to earn a commemorative, collectible coin. The entry fee is $20 for hunters 18 years of age or older, or $10 for hunters 17 years of age or younger. The "Appetizer Slam" includes some of Utah's smaller game birds, including California quail, Gambel's quail and mourning dove. To complete the slam, hunters must harvest one of each of the three species within a single hunting season. Learn more about how to participate in the various Upland Game Slams on the DWR website.

Check the 2021–22 Upland Game and Turkey Guidebook for details on regulations for hunting each species, including the legal weapons for each upland game species.