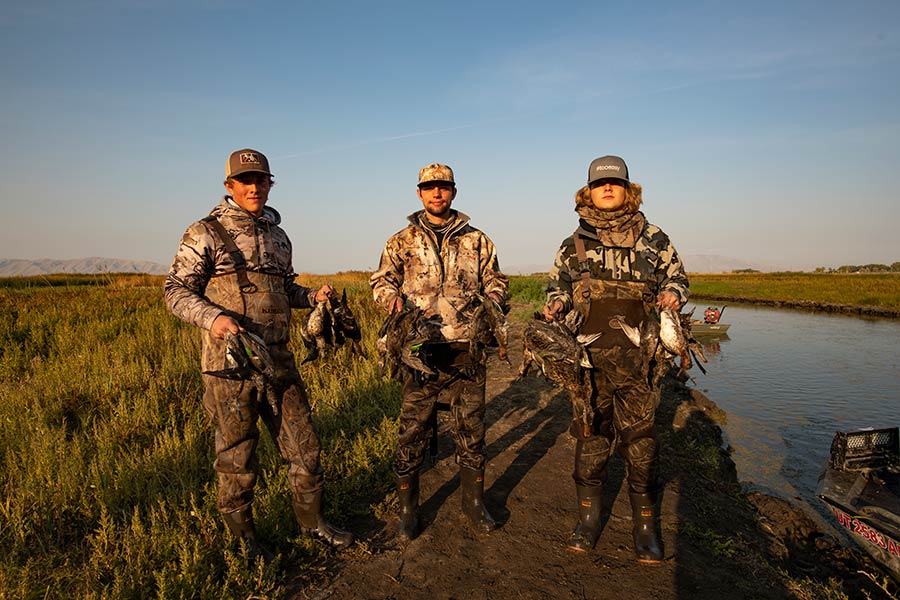 What hunters should know about Utah's 2021 waterfowl hunts

Salt Lake City — It's a quiet, still morning as you sit near the edge of a lake in your blind. You hear some birds in the distance and turn your head to see several ducks flying toward you. Your heartbeat quickens, and you slowly raise your shotgun. Waterfowl hunting season is finally here.

With the exception of swans (which require a permit from the hunt drawing that ended July 21), the rest of the waterfowl hunts in Utah are open to anyone with a Utah hunting license. However, you are also required to have a Harvest Information Program (HIP) number to hunt any waterfowl in Utah, and a federal duck stamp if you are over the age of 15. You can register for a free HIP number on the Utah Division of Wildlife Resources website. You can purchase a duck stamp from your local post office, various license agents or by phone. The phone number is 1-800-782-6724. Duck stamps are not available at DWR offices.

If you are planning to hunt ducks, geese or swans this fall, here is more about what you should expect and when the various seasons will open:

The continent-wide population surveys were canceled again this year, due to COVID-19 concerns, so there isn't a current population estimate for ducks in North America. However, some U.S. states in the major breeding areas for ducks were able to conduct their surveys. Overall, the data shows fewer ducks this year compared to last year. 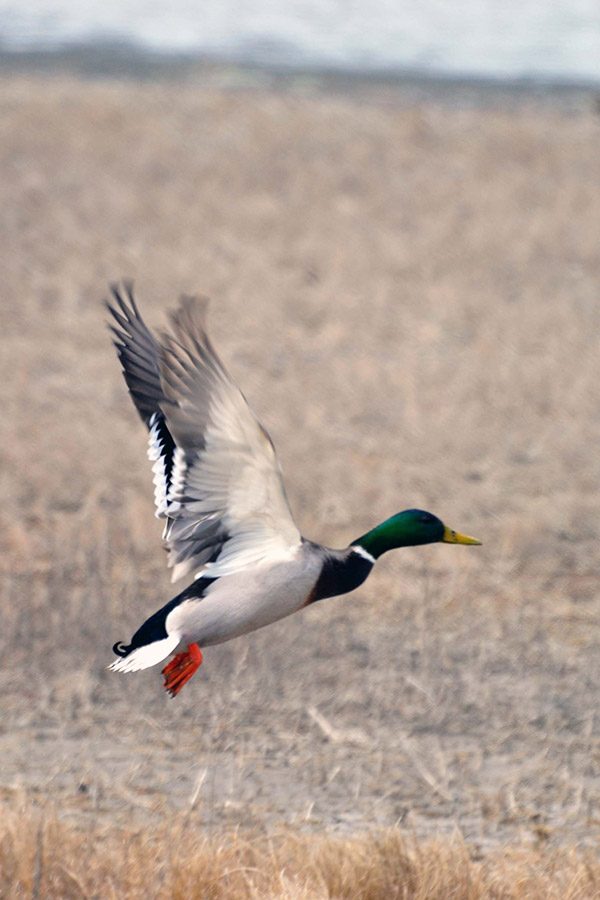 "Many of the core breeding areas for most duck species were dry this summer due to drought conditions," DWR Migratory Game Bird Program Coordinator Blair Stringham said. "The low spring runoff this year left many of Utah's wetlands dry, as well. That means there are fewer nesting ducks and fewer birds in the overall population to migrate south this fall. Utah hunters will likely see fewer ducks this hunting season."

"Hunters can greatly improve their success during the duck hunt by spending some time scouting before each hunt," Stringham said. "Learning where and when birds are in a specific location can allow hunters to be where the birds want to be, when they want to be there, and will greatly increase the number of birds they harvest."

For instance, each duck species uses different types of habitats. Diving ducks, like canvasbacks and redheads, like big, open waterbodies. Puddle ducks, like teal and shovelers, are generally found in shallow water. And species like mallards can be found just about anywhere.

Geese surveys were also canceled this year due to COVID-19, but anecdotal observations suggest that Canada goose production was similar to last year. However, the drought conditions will impact the geese migrations.

"Waterfowl hunting will be more difficult this year because there are fewer wetlands available for birds and hunters," Stringham said. "Hunters can expect to see fewer birds migrating through Utah this year than in previous years. We also don't have as much feed for birds, so waterfowl will more quickly migrate through the state, so there won't be a lot of birds around later in the season." 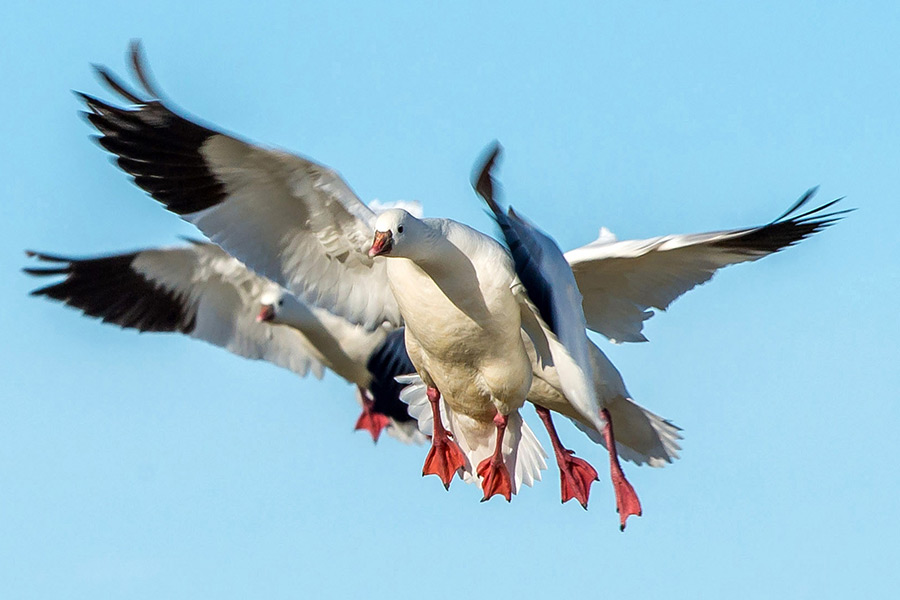 An important tip to be successful during the geese hunts is to use a good call.

"Calling is a very important part of goose hunting," Stringham said. "Geese are very social birds, so being able to sound like a goose can help hunters harvest more birds."

The youth hunts allow dark goose hunting and will open on Sept. 18 for the eastern Box Elder, northern and Wasatch Front goose areas, and on Oct. 2 for the southern goose area. Check the Utah Waterfowl Guidebook for the specific zone boundaries and season dates.

Hunters should also note that most light goose hunting takes place on private property. Make sure to get written permission from landowners before hunting on their property.

Tens of thousands of swans move through Utah every fall on their way to their wintering grounds in California. While swan surveys were also canceled this year, their populations generally remain stable, so they will likely be similar to last year.

"Swans migrate and stop over at the same locations each year," Stringham said. "Traditional hunting areas, such as the Bear River Migratory Bird Refuge, will hold swans beginning the first part of November until the marshes freeze up." 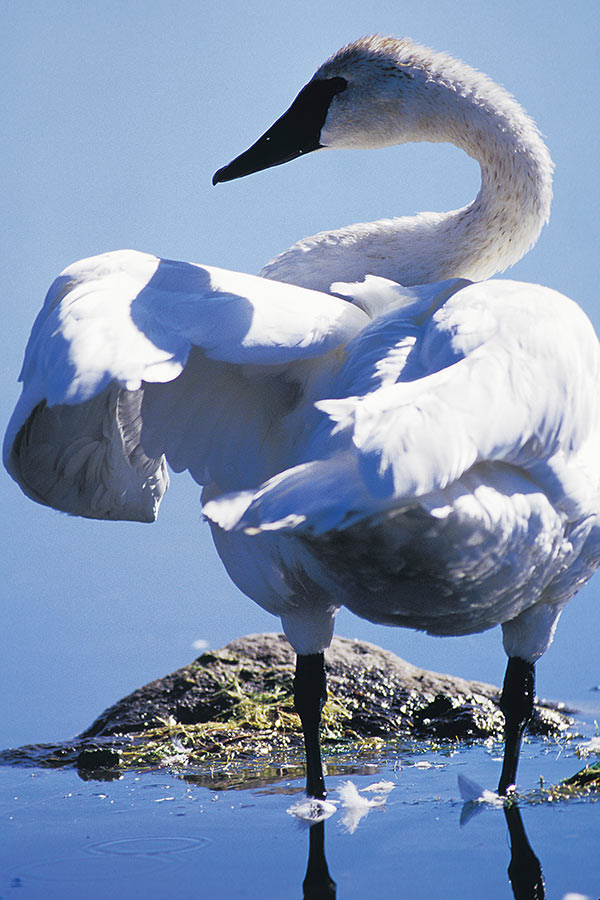 Hunters should also be aware that swans will leave resting areas to feed during the morning and late afternoon, and throughout the day as temperatures get colder. So scouting before the hunt can help determine when swans are moving, so hunters know what times of day to hunt.

"Hunting along a swan's flight path, or in their feeding locations, will increase your odds of harvesting a swan," Stringham said.

Hunters should also be sure of the swan species they are targeting before attempting to harvest one. Trumpeter and tundra swans both migrate through Utah and are both legal to harvest. Each species can be identified by size and sound. Trumpeter swans are significantly larger than tundra swans. Trumpeter swans do not have a yellow-colored area near their eyes, and they also make a distinctive trumpet-like sound, hence their name.

Utah is one of only nine states in the U.S. that allows hunting for swans. Due to the low population size of trumpeter swans in the Greater Yellowstone area, the U.S. Fish and Wildlife Service sets an annual harvest quota for the number of trumpeter swans that can be harvested in Utah.

The general swan season runs from Oct. 2 to Dec. 12. Youth with swan permits may hunt swans during the youth waterfowl hunt in the northern zone, which opens on Sept. 18. Those with a swan permit may harvest only one swan during the 2021 season.

There are more than 20 Waterfowl Management Areas (WMAs) throughout Utah that are owned and managed by the DWR.

Due to the extreme drought conditions this year, the Great Salt Lake water levels are low and access to the WMAs will be difficult in some areas. The Willard Spur WMA is currently mostly dry, but should slowly fill throughout the fall. Clear Lake WMA is also really dry and won't have much water until later in the hunting season.

"With some common waterfowl hunting areas having really low water or being totally dry this year, the WMAs will likely be crowded since more people will be concentrated in the areas that do have enough water," Stringham said. "Please be courteous and respectful of others hunting in the same areas as you."

For specific details and condition reports about the WMAs, visit the DWR website. Be sure to check the conditions before attempting to launch an airboat. The WMAs open to the public on Sept. 16.

If you'd like to add some fun and challenge to your hunt, consider completing the Waterfowl Slam. Hunters earn a slam by completing different requirements, such as harvesting a group of species in a certain time period or location. There are currently 10 slams with different levels of difficulty, so you can find a variety of fun, unique challenges. Along with trying something new, hunters who complete the slam can also earn colorful, collectible leg bands.

The money earned from the slam is used to complete habitat-improvement projects on the different WMAs across the state. This year, money generated from the slam — as well as contributions from Sportsmen for Fish and Wildlife and other partners — helped fund the purchase of over 1,200 acres of land, which now connects the Salt Creek and Public Shooting Grounds WMAs.

Learn more about the Waterfowl Slam on the DWR website.