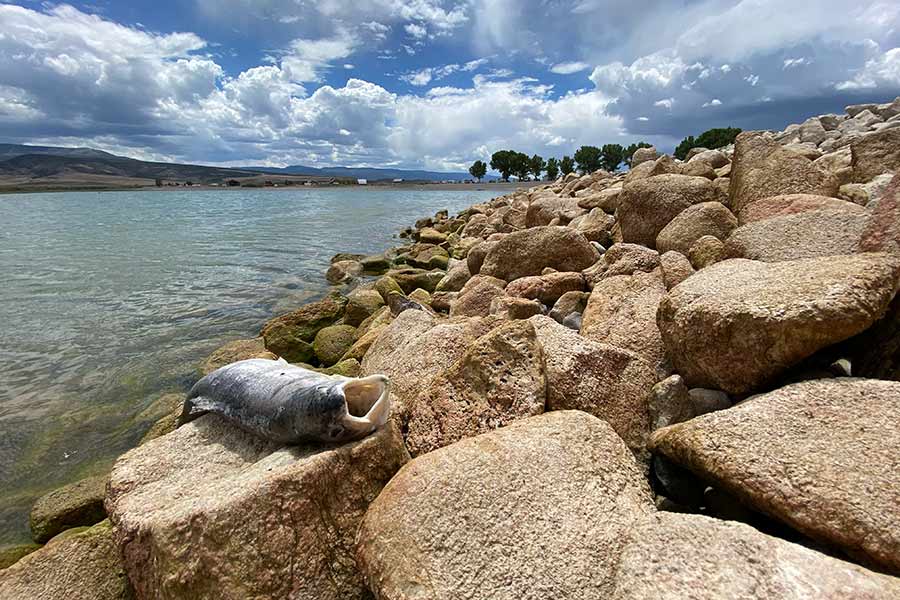 Salt Lake City — In anticipation of continued low water levels due to extreme drought conditions across the state, the Utah Division of Wildlife Resources issued more emergency changes to Utah's fishing regulations Wednesday. Those changes will allow anglers to catch and keep more fish at some additional waterbodies around the state.

Drought impacts fish by reducing the amount of water available in lakes, reservoirs and streams. Smaller amounts of water heat up more quickly and reach higher temperatures, which is problematic for fish because warm water holds less oxygen than colder water. The combination of high temperatures and low oxygen can stress fish, causing poor growth and disease, and can sometimes be fatal to fish.

To reduce the likelihood of fish die-offs in some waterbodies with anticipated low water levels, the DWR is increasing the daily fish limits at those lakes and reservoirs to allow anglers to catch and keep more fish. This is the DWR's third round of emergency fishing changes this summer, with the previous regulation changes taking place earlier this month and in May at various drought-impacted waterbodies around the state.

The following changes are effective immediately and will remain in place until Oct. 31, 2021. Here are the waterbodies with increased daily fish limits:

All the other rules in the 2021 Utah Fishing Guidebook regarding Utah waterbodies have not changed and remain in effect.

With drought impacting water levels at many lakes and reservoirs around the state, anglers who plan to use boats during their fishing trips should be sure to check for updates on each waterbody to see if the boat ramps are open. Visit the Utah State Parks website for updates on the status of the boat ramps at each of their parks.

Visit the DWR website for additional things that anglers should be aware of while fishing this year.