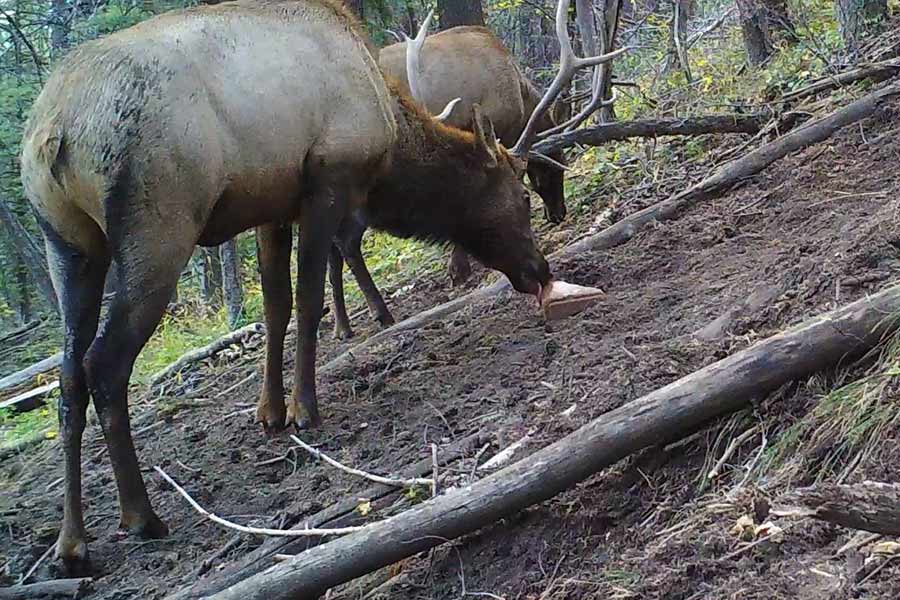 Salt Lake City — Two laws that were passed during the 2020 and 2021 legislative sessions will soon have impacts on some hunters and anglers. Here is what you should know about each law.

HB 295 was passed during the 2021 legislative session and went into effect May 5. This law restricts the baiting of big game animals (like deer and elk) when hunting in Utah. In the new law, "bait" is defined as intentionally placing food or nutrient substances — including salt or other mineral blocks — to manipulate the behavior of wildlife for the purpose of hunting or attempting to harvest big game.

"In a nutshell, baiting big game is illegal if your intentions are to lure an animal to an area to hunt or harvest it," DWR Law Enforcement Capt. Wyatt Bubak said. "Baiting wildlife can artificially distribute animals on the landscape, which can potentially result in habitat damage and increased disease transmission. There are also concerns related to the 'fair chase' of baiting animals when hunting. Our conservation officers will be enforcing this law during this fall's big game hunting seasons."

Someone can still use bait during the summer months while they are scouting an area that they plan to hunt that fall, but they must remove the bait before the hunt — with enough advance time that the animal isn't still being lured to that area.

If someone is not planning to hunt and doesn't have a hunting permit, they are still allowed to use bait to simply view or photograph wildlife.

One exception to the big game baiting law is that someone is allowed to hunt big game over a salt or mineral block if it was placed by an agricultural producer — like a cattle rancher — as part of their normal agricultural practices for their livestock.

Violations under the new baiting law may result in criminal charges ranging from a class B misdemeanor to a third-degree felony, and may also lead to the suspension of one's hunting privileges. Anyone who sees someone hunting big game using bait should report it to DWR conservation officers using one of the following methods:

For more frequently asked questions about the new law, visit the DWR website.

Beginning July 1, HB 197 will prohibit the DWR from issuing a fishing or hunting license — or any type of hunting permit — to anyone who is more than $2,500 behind on child support, unless the individual has obtained a judicial order staying enforcement of the past-due payments.

Individuals in arrears will be identified by the Office of Recovery Services, which will be implementing the law, and a block will be placed on the DWR accounts for those individuals. To remove the block, they will need to contact the Office of Recovery Services to either pay the amount in full, or enter into a payment plan for at least 12 consecutive months. Anyone who currently has a valid license or permit will not be affected until their license expires.

"We recognize that hunting and fishing activities help maintain family relationships, and we support any effort that will help those relationships stay intact," DWR Administrative Section Chief Kenny Johnson said. "We want individuals to be aware that this law is going into effect July 1 and want them to start making plans now so they are not caught off guard when they try to buy a hunting or fishing license, or obtain upcoming hunting season permits. The legislature did postpone implementing this for a year to give people in arrears the opportunity to rectify it."