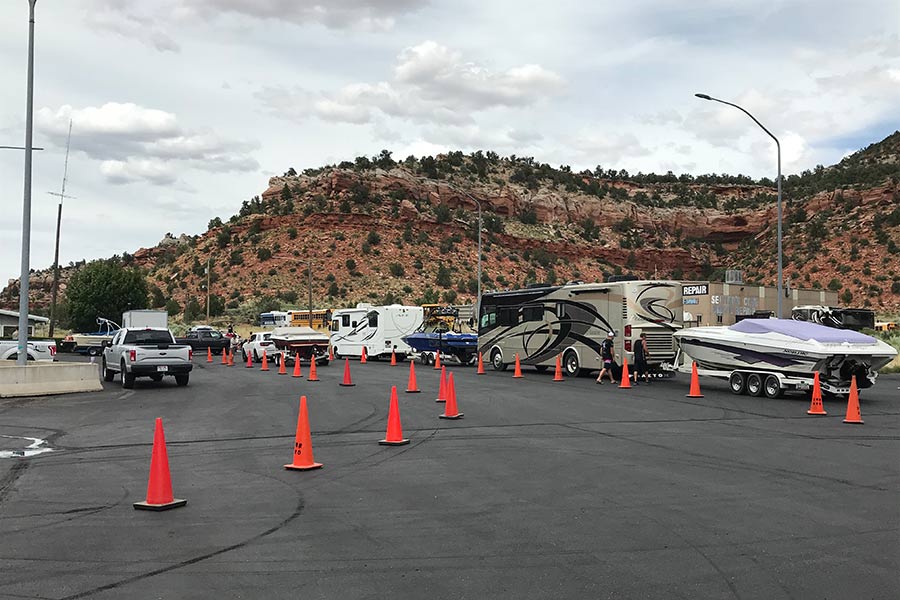 Salt Lake City — Utah Division of Wildlife Resources conservation officers will be conducting several administrative checkpoints during busy boating weekends throughout the summer, in an effort to prevent invasive quagga mussels from spreading from Lake Powell to other Utah waterbodies.

By state law, DWR officials are authorized to conduct administrative checkpoints on various roadways throughout the year to help prevent the spread of quagga mussels. These are different than mandatory inspection stations at waterbodies and other areas because all vehicles — not just those transporting watercraft — will be directed off the road. Then, the vehicles towing or hauling watercraft are directed to a separate area for inspections.

These checkpoints are approved in advance by a judge and require law enforcement officers to be present. The conservation officers ensure people are complying with the requirement to stop at inspection stations, and make sure all watercraft have been cleaned and drained appropriately. Cleaning and draining includes making sure there is no water left onboard, including in wells, ballast tanks and lower engine units, and that the watercraft is free of plants, mud and attached invasive species after leaving Lake Powell. Drain plugs must also be removed while in transit.

The administrative checkpoints for this year will be held at the exiting fee booth area of the Glen Canyon National Recreation Area near Bullfrog on state Route 276 on the following dates:

"There are many reasons why we've been able to contain quagga mussels to just Lake Powell," Bruce Johnson, DWR aquatic invasive species statewide operations lieutenant, said. "Getting the necessary funding for the Aquatic Invasive Species program has been a huge component, as well as our partnerships with local water managers and other organizations. Our program includes inspection stations and administrative checkpoints, our new dip tank method for decontaminating, very dedicated staff educating the public about these invasive species and an aggressive law enforcement effort. The majority of boaters have also been very compliant and great to work with. Without public support, we can't succeed in this effort."

Residents and non-residents transporting any watercraft are required to stop at the checkpoints and inspection stations.

What counts as a "watercraft" and would require someone to stop?

"Basically, if it floats, it's a boat," Johnson said. "Anyone transporting any watercraft is required to stop at one of our mandatory inspection stations and administrative checkpoints. We have been tasked with doing everything possible to keep quagga mussels contained in Lake Powell (as well as other infested waters outside of Utah) and out of the rest of the waters in the state. The inspection stations are conducted to eradicate and prevent these invasive species from infesting other waterbodies." 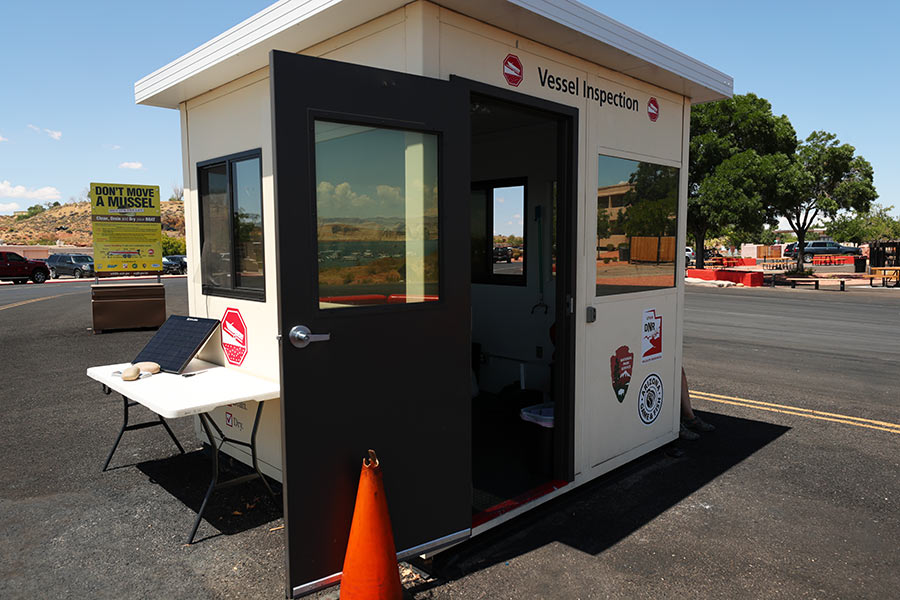 When a boater stops at a mandatory inspection station, aquatic invasive species professionals will check the watercraft for attached quagga and zebra mussels and for standing water. They also examine boats to ensure the drain plugs have been removed and have not been reinstalled. They will also obtain information about where that watercraft has been used during the last 30 days.

What happens if someone transporting a watercraft doesn't stop at an inspection station?

State law mandates that all watercraft stop at an operating inspection station. Anyone who doesn't stop is guilty of a class B misdemeanor. Along with receiving a citation, the individual will be directed back to the station to get their watercraft inspected. A watercraft can also be detained or quarantined if the owner refuses to submit to an inspection.