Boaters must remove drain plugs and 4 other new wildlife, outdoor recreation laws to be aware of

Salt Lake City — A lot of bills were passed during the 2020 legislative session, and Wednesday is the deadline for Gov. Gary Herbert to sign or veto them. Here are five that were signed into law this legislative session that impact wildlife and outdoor recreation in Utah that you should know about. 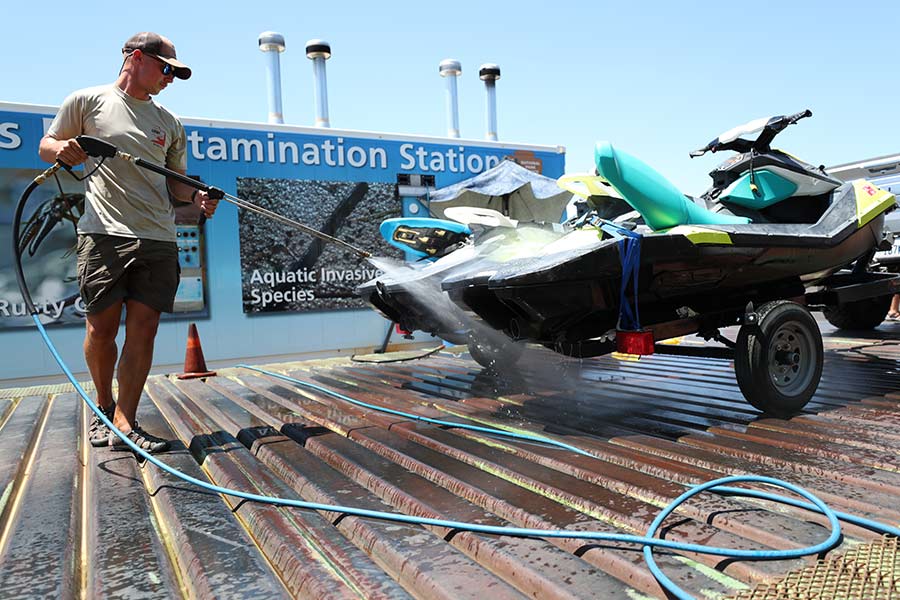 This law will help prevent the spread of aquatic invasive species, like quagga mussels, which have infested Lake Powell. The law includes several new changes that boaters should be aware of, including a $20 fee for non-resident boaters who launch a watercraft on any waterbody in Utah. The law also requires all boat owners to complete an online Utah Division of Wildlife Resources education course about preventing the spread of quagga mussels, and to show proof of the course completion before they launch at a Utah waterbody.

The law also directs the DWR to study the options and feasibility of implementing an automated system that can scan, photograph and provide real-time information about when a boat last entered a Utah waterbody and when the boat was last decontaminated. The study will be presented by Nov. 30, and a pilot program will be launched before May 1, 2021.

This law goes into effect on July 1.

This resolution acknowledges the importance of keeping quagga mussels from spreading from Lake Powell to other Utah waterbodies. The state of Utah has invested millions of dollars and substantial resources in preventing this spread through watercraft inspection and decontamination efforts, staff training, law enforcement checkpoints, and biological monitoring efforts.

The resolution urges continued cooperation and support by the federal government — in particular the National Park Service — to help prevent the spread of invasive quagga mussels at Lake Powell by allocating funds, dedicating staff time to containing quagga mussels, and improving the inspection and decontamination processes for watercraft.

This law authorizes the DWR director to take immediate action (under certain conditions) when a big game population is under the established herd-size objective for a management unit.

The resolution encourages the DWR and other partners to continue identifying wildlife migration corridors and forming plans to protect and enhance the areas, including the continued installation of wildlife crossings. The resolution also encourages state and local governments to adopt policies to protect and restore fish and wildlife connectivity and migration corridors and to promote road safety.

This law created a fund, the Utah Natural Resources Legacy Fund, to help support non-game wildlife species in the state by providing funding for research, monitoring and management actions to reduce the likelihood of future species listings under the Endangered Species Act.

Part of the fund will also go toward preserving open spaces, addressing and mitigating impacts on wildlife habitat, and providing perpetual land and water access for hunting, fishing or trapping.

This law goes into effect July 1.

"We are confident that these bills, among others, will help us in our mission to effectively manage Utah's wildlife," DWR Director Mike Fowlks said.