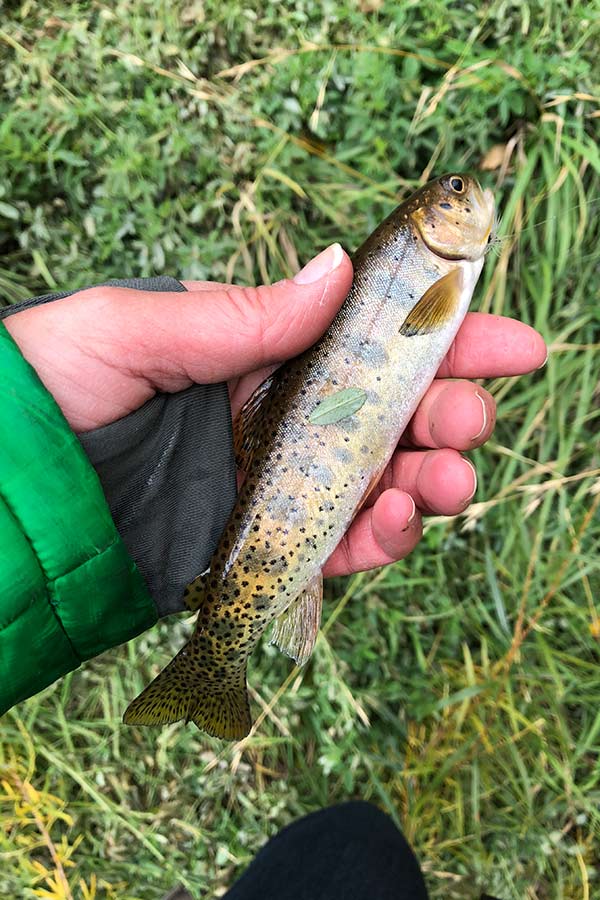 The projects were selected by the Utah Division of Wildlife Resources and Trout Unlimited — the organizations that started the Utah Cutthroat Slam. Launched in April 2016, the slam is a fishing challenge that requires participants to catch Utah's four native cutthroat trout subspecies in their native ranges. The $20 registration fee goes toward conservation projects for the native species.

The Utah Cutthroat Slam has raised $13,250 so far this year. The three conservation projects selected Tuesday will be completed in 2021 and will take place in central and northeastern Utah. The projects will benefit subspecies of native cutthroat in the state.

Funds from the Utah Cutthroat Slam helped fund the restocking of Bonneville cutthroat trout into this river this year, and additional fish stockings will take place in 2021, as a result of additional funding. Because the river is located in an extremely remote area and hiking to restock the fish is not feasible, a helicopter will be rented and used to stock the fish. The DWR will oversee this project, which will receive $2,500 for completion.

Another project will provide informational signs and kiosks at Lake Canyon Lake to educate the public about native cutthroat trout. The lake houses one of the DWR's Colorado River cutthroat trout egg-take operations, where eggs and milt (sperm) are extracted from the fish and then transported to one of the state's fish hatcheries. At the hatchery, more Colorado River cutthroat trout can be successfully raised and then restocked to help bolster the populations in their native ranges. The DWR will oversee this project, which will receive $3,000 for completion.

The third project will identify and eventually reduce barriers for fish migration in the Duchesne and Jordan rivers, as part of the Utah Wildlife Migration Initiative. Trout Unlimited will oversee this project, which will receive $5,000 for completion.

"The success of the Utah Cutthroat Slam shows anglers support conservation efforts that make fishing better and benefit native species," Brett Prettyman with Trout Unlimited's Western Water and Habitat program said. "It also illustrates anglers are excited to explore new fishing destinations. In talking to participants, it seems the adventure people have with family and friends while working to complete the slam is their favorite thing. The goals of the program are to provide an education about native trout, raise money for conservation and get people to visit places they may not go otherwise. Trout Unlimited and the Utah Division of Wildlife Resources feel like we are meeting those goals."

The first conservation projects for the program were launched in the fall of 2016, and since then, the Utah Cutthroat Slam has generated more than $53,000, with over 2,800 registrations and more than 685 anglers completing the challenge. Seventeen conservation projects have been completed using proceeds generated from participating anglers' Utah Cutthroat Slam registration fees.