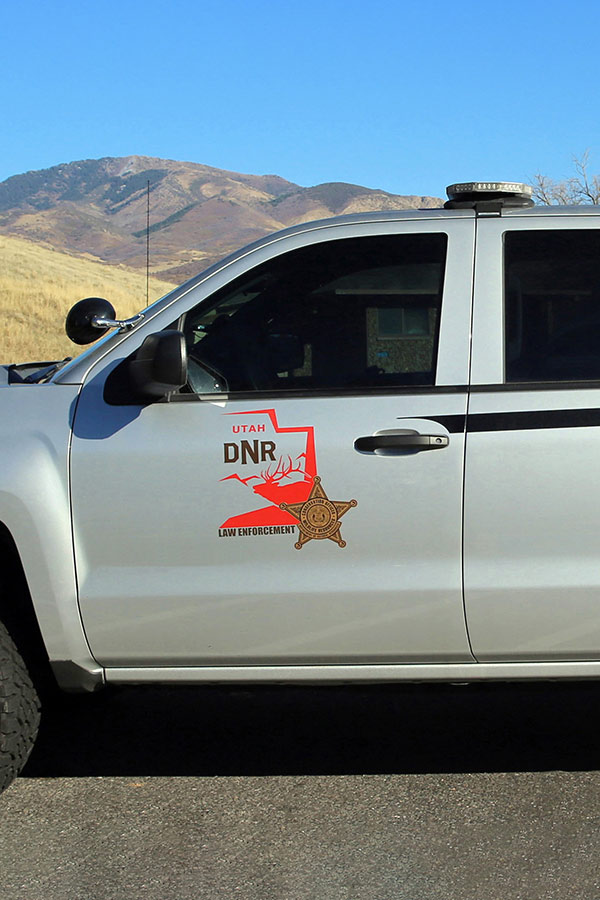 Salt Lake City — Five Utahns had their hunting privileges suspended recently after the Utah Division of Wildlife Resources' monthly hearings on April 24 and May 5. The individuals had all previously been sentenced in district or county justice courts in connection with various wildlife-related violations.

License suspension hearings are typically held at the Utah Department of Natural Resources building in Salt Lake City on the first Tuesday of each month and are open to the public. However, due to COVID-19, the April and May hearings were held via telephone, in order to follow social distancing guidelines.

During the hearing, a hearing officer, appointed by the Utah Attorney General's Office, receives the details of the case and then determines whether the individual's hunting or fishing license will be suspended. For a hunting or fishing license to be suspended, the hearing officer must conclude that the person intentionally, knowingly or recklessly violated a suspension-qualifying law.

Those who had their hunting privileges revoked during the hearing include:

On Oct. 11, 2019, a DWR conservation officer received a tip that a man had killed a deer near the Scipio Cemetery. There weren't any deer hunts going on in the area at the time, so the officer visited the man's home in Scipio to investigate. The officer was approached by a relative of the man who killed the deer, and the relative told the officer that he had killed the deer legally with a landowner tag for a nearby unit. The deer was located in a shed, tagged with the man's deer permit.

However, upon further investigation, conservation officers found evidence of a recently killed deer near the Scipio Cemetery. The officers met with the two men who started leading them to the alleged legal kill site of the deer, before eventually admitting to illegally harvesting the deer near the cemetery.

On Jan. 14, 2019, a DWR officer who was following up on a tip discovered a recently harvested trophy buck deer at a man's residence. Upon further investigation, officers discovered that the man had received a photo of the deer on Jan. 11, showing the animal in an acquaintance's backyard within Pleasant Grove city limits. The man went to the home after it got dark, and shot and killed the deer later that night using artificial light from nearby residences. He then took the deer back to his apartment. No deer hunting seasons were open at the time.

The hearing officer ruled that the case warranted a 10-year suspension — due to the trophy status of the deer — of all hunting privileges for the Pleasant Grove man, beginning May 21.

DWR conservation officers received a call through the UTiP poaching hotline on Jan. 16, 2019, regarding some suspicious hunting activity. Upon further investigation, the officers discovered that a man shot and killed a cow elk on his family's private property in Duchesne County, and the shot also killed a calf elk that was standing behind the cow elk. The man then proceeded to tag the cow elk with his 2018 cow elk permit and tagged the calf elk with his daughter's permit.

The hearing officer ruled that the case warranted a two-year and six-month suspension of big game hunting privileges for the Vernal man, beginning May 22.

A DWR conservation officer received a tip about a trophy bull elk that had been shot and killed on a spike-only elk hunting unit on Oct. 5, 2019. Later that day, the officer contacted the man involved, who admitted to shooting the elk. The man had an any-bull elk permit, which was not valid for that area.

The hearing officer ruled that the case warranted a four-year and six-month suspension of big game hunting privileges for the man, beginning June 4.

DWR conservation officers received a report of some dead ducks that were found in a garbage can at Redmond Lake in Sevier County. An officer responded to the scene on Dec. 31, 2019, and found five dead ducks that had been left to waste in the garbage can with no meat taken from them. Evidence led the officer to an Aurora man, who admitted to shooting the ducks and then leaving them out overnight without cleaning them. He then stated he felt uncomfortable using the meat after it had sat out all night, and he threw the ducks away.

The hearing officer ruled that the case warranted a two-year suspension of small game and turkey hunting privileges for the man, beginning May 21.

"The entire purpose of wildlife law enforcement is to encourage people to comply with the laws," DWR Law Enforcement Investigator Doug Messerly said. "Those laws are made to benefit wildlife and the public. I honestly wish that everyone would just comply with the law so that we didn't have to do suspensions. That is our goal. But unfortunately, people do break the law, and we believe that appropriate license suspension is the best deterrent we have to those who would intentionally break the law."

Individuals may appeal their license suspension to the Utah Wildlife Board within 30 days of the date any suspension order is issued. All appeals must be in writing.