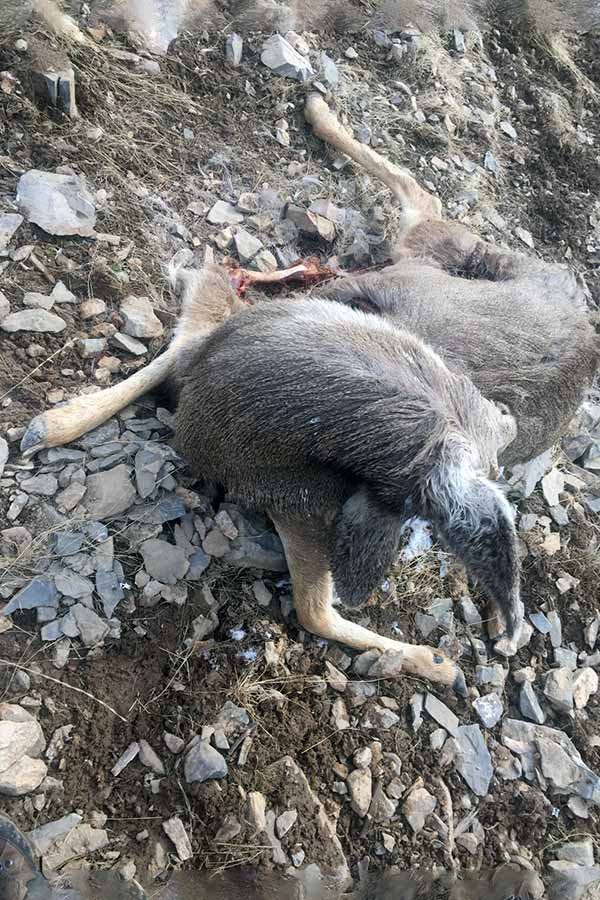 Salt Lake City — Utah Division of Wildlife Resources conservation officers are reminding the public to be responsible when target shooting after a juvenile is facing fines for shooting a doe deer.

Conservation officers received a report through the UTIP hotline from a concerned citizen around Feb. 13. The individual had seen a vehicle and heard shots fired in the foothills east of Pleasant Grove, in an area where wintering deer are often seen. When officers responded to the scene, they located a dead doe deer that had been shot. They matched the bullet from the deer to a bullet casing in an area where some target shooting had taken place.

Upon further investigation, the conservation officers learned that four male juveniles had been target shooting in the area. While they were shooting, one of the individuals fired at the deer on the hillside.

"This is a very common place to go target shooting," DWR Conservation Officer Shawn Bagley said. "But these individuals made a poor decision to break the law. People must be responsible and safe anytime they are shooting firearms. Additionally, parents must be involved anytime a juvenile has a firearm, so they can keep their kids safe and make sure they aren't doing anything they shouldn't be."

The juveniles have been referred to juvenile court. They could also face hunting license suspension.

"You could be held accountable if you were involved in any facet of the crime," Bagley said.

Here are some tips to stay safe and target shoot responsibly: