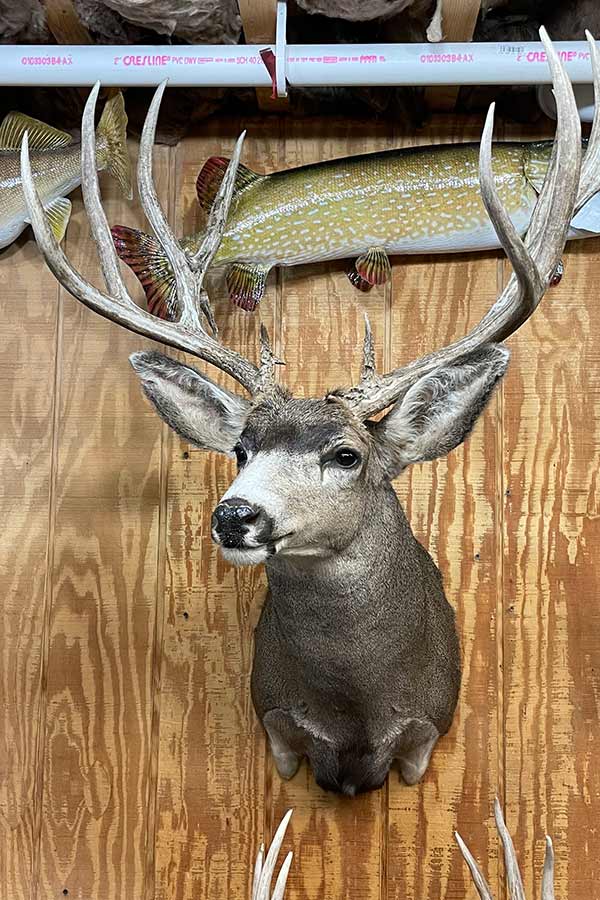 Salt Lake City — Usually, when people hear the term "poaching," illegally killing wildlife without proper permits comes to mind. But another form of that is illegally obtaining those permits through fraud, and Utah Division of Wildlife Resources conservation officers have recently investigated several of those types of cases.

This trophy mule deer was illegally harvested in the Henry Mountains in 2019.

Since 2017, DWR conservation officers have investigated more than 95 cases where someone intentionally committed license fraud to obtain a hunting permit. These cases typically involve a nonresident claiming to be a Utahn in order to increase their odds of obtaining a permit for a once-in-a-lifetime or limited-entry hunt or to get the lower permit price offered to Utah residents.

Some of these license fraud cases also include Utahns claiming to be nonresidents in order to obtain bonus points for all of the wildlife species (something only available to nonresidents), so they can increase their odds of drawing permits in the future. However, it is more common for DWR investigators to see nonresidents pretending to be Utahns in an effort to illegally obtain a specific hunting permit. The charges for these cases range from a class B misdemeanor to a third-degree felony.

"Any license that is obtained through fraud, deceit or misrepresentation is not valid," DWR Statewide Investigations Capt. Wade Hovinga said. "With each hunting permit drawing, our investigators review the applicants' data to detect any potential fraud. Our officers have also detected fraud by encountering a hunter in the field and discovering that the individual purchased a Utah hunting license because they have a second home or a cabin in Utah, which doesn't qualify them as a Utah resident."

"Our once-in-a-lifetime hunts have a very limited number of permits. When someone lies and obtains one of those permits through fraud, they are robbing someone else of that hunting opportunity," Hovinga said. "As the name of those hunts implies, many hunters wait their entire lives to have that opportunity, and it is really frustrating to see that limited permit go to someone who obtained it unethically and illegally. It can be difficult to discover fraud cases, and we rely heavily on tips and other information from the public to investigate these incidents."

If you have information about any wildlife-related crimes in Utah, you should report it to DWR conservation officers in one of the following ways:

Rewards are available (both monetary and reward permits) and officers will respect requests for confidentiality.