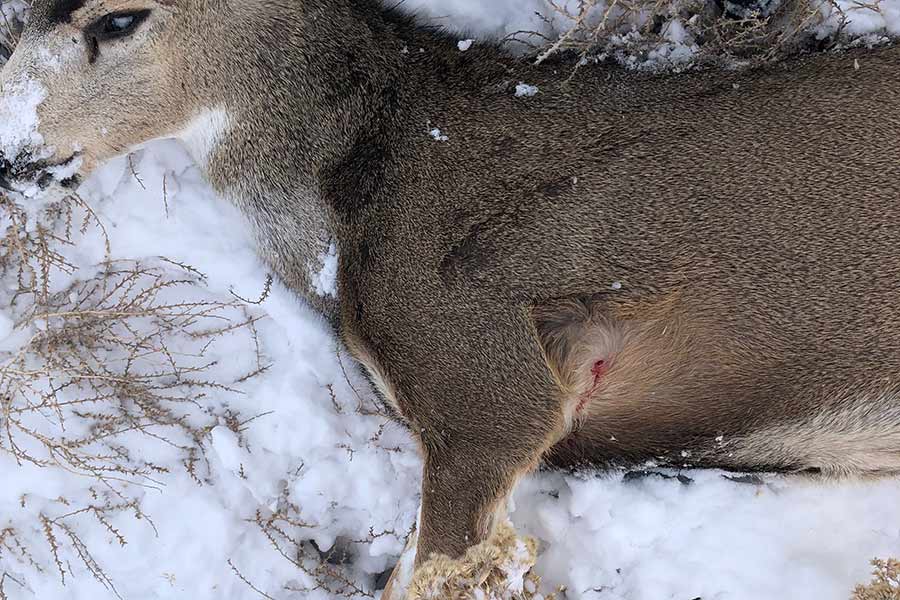 Springville — Utah Division of Wildlife Resources conservation officers are seeking information after a buck deer was killed and left to waste in Sanpete County, and only the antlers were removed. 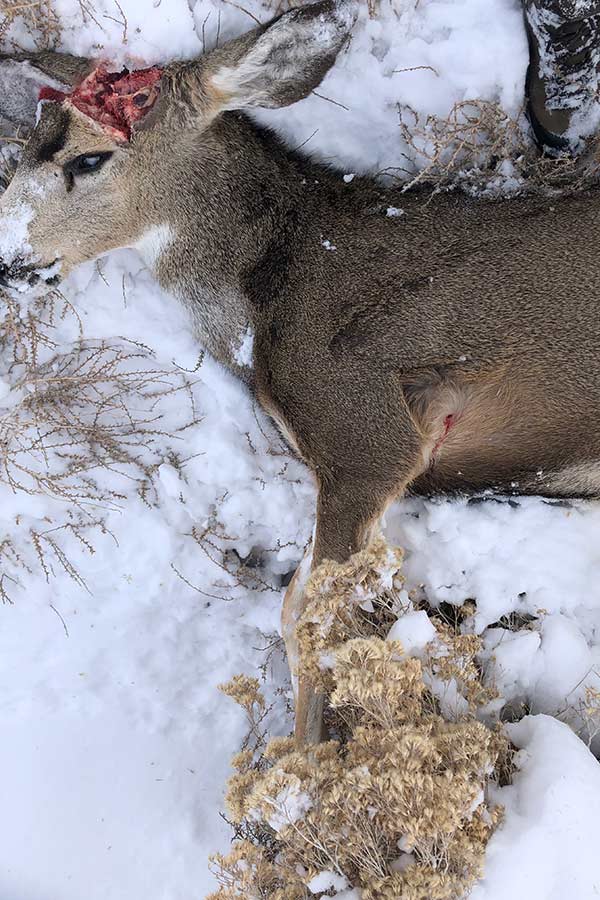 DWR conservation officers received a tip on Jan. 4 after a person discovered a dead buck deer near the Clarion Road between the Barex Dairy Family Farm and the Redmond Salt Mine, approximately 3 miles north of the Sanpete/Sevier County line. The antlers had been removed from the deer, and the rest of the meat had been left to waste.

Upon further investigation, responding officers discovered evidence that suggested the deer had been shot and killed at a different location and then was transported by vehicle to the area where it was later found. During the investigation, officers determined that the deer had likely been killed the night of Jan. 3 or in the early morning hours of Jan. 4.

A blanket was also discovered at the location where the deer was found. Officers believe it may have been used to conceal the deer carcass as it was transported from the site where it was killed to where it was later dumped.

Anyone with information regarding the killing of this buck deer, or any other wildlife-related crimes in Utah, is encouraged to report it to DWR conservation officers in one of the following ways:

If you have information about this specific case, you can also contact DWR Conservation Officer Preston Mickelson at 801-850-8272. Rewards are available, and requests for confidentiality are respected.

Every year, Utah conservation officers conduct numerous investigations into the illegal killing of wildlife. In 2021, officers confirmed 1,153 animals were illegally killed valued over $610,000.