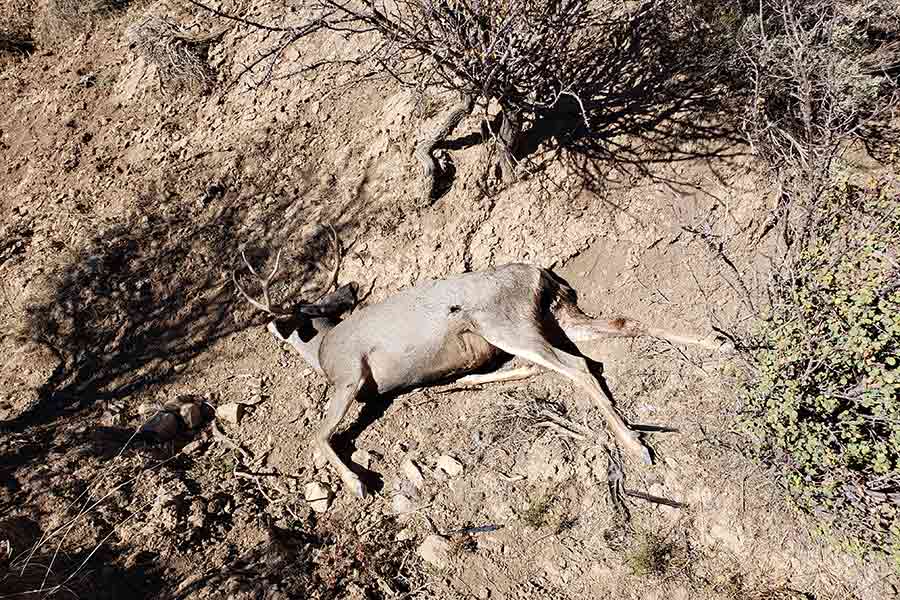 Due to clerical errors, the total monetary value of the animals illegally killed in 2019 was inaccurately stated in the initial version of this news release. This number has been updated to reflect the accurate total.

Price — Utah Division of Wildlife Resources conservation officers are seeking information after a buck deer was killed and left to waste on private property in Carbon County in September.

DWR conservation officers received a report about a dead buck deer near Whitmore Park Road in Helper on Sept. 28. Upon further investigation, officers discovered that the deer had been shot several times. They also discovered footprints near the deer, which lead from the road directly to the dead animal.

The deer was killed during the muzzleloader deer season but the animal was located on private property, and the landowner had not given permission for anyone to hunt in the area. The buck deer had also been left to waste, which is illegal.

During the investigation, officers also discovered additional evidence indicating that a second deer had been shot and then retrieved from the private property. The second deer was removed from the area after being loaded into a vehicle.

Anyone with information regarding the illegal killing of this deer, or any other wildlife, is encouraged to contact the UTiP Hotline at 800-662-3337. You can also report any illegal wildlife activity on the DWR website. If you have information about this specific case, you can also contact DWR Officer Brian Dennis at 435-650-1113. Rewards are available, and requests for confidentiality are respected.

Every year Utah conservation officers conduct numerous investigations into the illegal killing of wildlife. In 2019, officers confirmed that over 1,000 animals were illegally killed, with a total value of over $384,000.