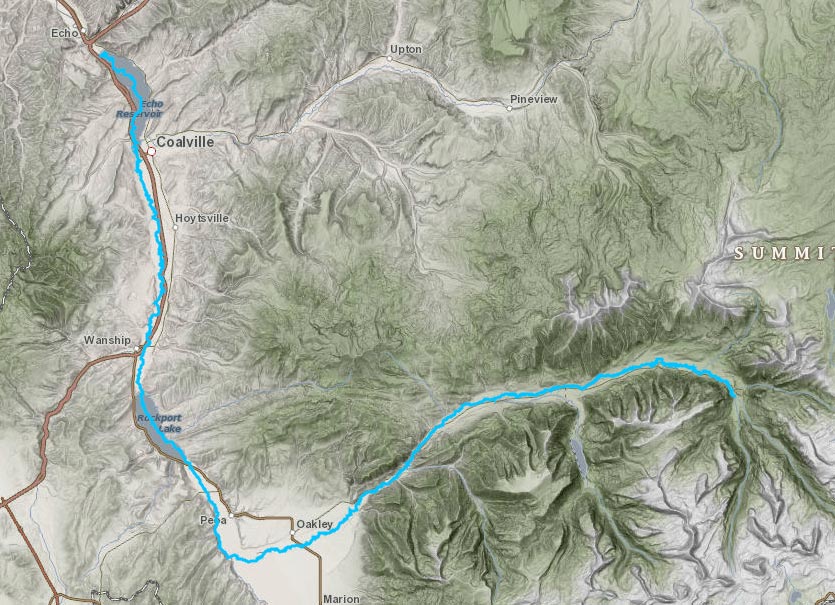 Here's what anglers need to know before fishing Utah streams.

On Feb. 20, 2019, the Utah Supreme Court ruled in the case of Stream Access Coalition v. VR Acquisitions, et al. A subsequent Fourth District Court decision was issued by Judge Pullan on Aug. 16, 2021. Per these decisions, the 2010 Public Waters Access Act remains in effect. Additionally, a November 2017 Utah Supreme Court ruling granted public recreational access on a segment of the upper Weber River, based on the river's historic navigability.

Weber River (Holiday Park to Echo Reservoir). Right now, access laws on the upper Weber River are different than access laws for other waters in the state. In November 2017, the Utah Supreme Court issued a decision in the case of Utah Stream Access Coalition v. Orange Street Development. The court's ruling modified the rules related to public recreational access along a segment of the Weber River in Summit County. If you're planning to fish or recreate on the upper Weber River between Holiday Park and Echo Reservoir, please review and follow the laws affecting access.

What is the current law?

In 2010, the Utah Legislature passed H.B. 141: Recreational Use of Public Water on Private Property. That law remains in effect.

What does the law prohibit?

The law does not allow recreational water users (including anglers, kayakers, tubers, hunters and others) to walk on the private bed of a public waterbody. This means that if you are fishing or recreating in public water that flows over private property closed to trespass, you may not walk on the land beneath the water without obtaining landowner permission.

To trespass is to enter someone's property unlawfully. Landowners close their property to trespass by posting a notice or otherwise communicating that access is prohibited. Irrigated pastures, cultivated lands and certain fenced areas are presumed closed to trespass. To review Utah's trespass laws, see Utah Code Sections 23-20-14, 76-6-206 and 76-6-206.3.

What does the law allow?

The current law allows you to float on the surface of the water, even if you're floating over private property that is closed to trespass. It also allows you to fish while floating. Your right to float only applies under the following conditions:

What if I encounter an obstacle while floating?

Your right to float includes the following:

Where can I access the water to float and fish?

If you want to fish while floating, you must access the water at a lawful access point. This could include a highway right-of-way, public property or private property with written landowner permission.

Where can I fish without obtaining permission?

There are still thousands of places you can fish without obtaining landowner permission. You do not need permission to:

If possible, try to communicate with landowners before you float over property closed to trespass. It is courteous and always appreciated.

The DWR has also worked with other agencies and private landowners to obtain public access to stretches of the following rivers and streams: Duchesne River, Little Bear River, Ogden River, Provo River (middle section), Salt Creek, Sanpitch River, Spanish Fork River, Strawberry River, Thistle Creek, Weber River and many others. To find a waterbody where you do not need permission to walk the bed, contact the DWR office in the region where you want to fish.

Where is the DWR stocking fish now that the law has changed?

Most fish stocking occurs in Utah's reservoirs, lakes and community ponds. The DWR stocks very few rivers and streams, all of which have guaranteed public access. (See an up-to-date list of recently stocked waters.) The DWR only stocks public waters that flow over private land when biologists are re-introducing native fish to an area as part of Utah's Native Fish Restoration Program. This type of stocking is typically short term and has played a key role in keeping cutthroat trout and other native fish — such as the least chub — off the Endangered Species List.

The above information reflects the opinions and interpretations of the Utah Department of Natural Resources, Division of Wildlife Resources on H.B. 141. The opinions and interpretations presented are not binding on courts, prosecuting attorneys or other law-enforcement agencies. They are provided solely for general information and do not represent legal advice or counsel.