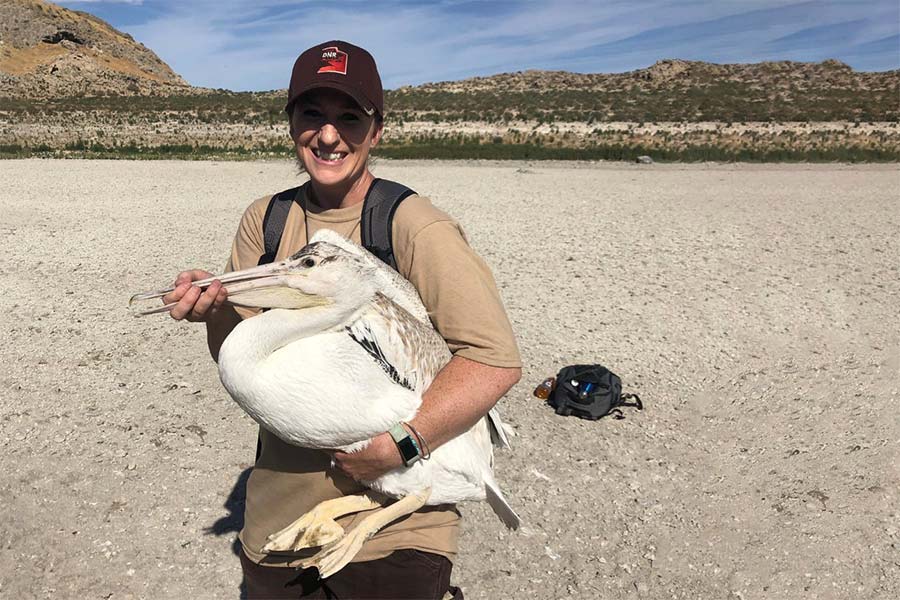 My first year has been full of new adventures

You can hear about Faith's adventures and learn more about Utah's fish and wildlife by listening to the "Wild" podcast.

You can hear about Faith's adventures and learn more about Utah's fish and wildlife by listening to the "Wild" podcast.

I wasn't quite sure what to expect on my first day at work.

Granted, I grew up in a hunting family, and as an outdoors reporter for KSL.com I'd done more than a few stories about the Utah Division of Wildlife Resources and its projects. But you still never know quite what to expect at a new job or from an organization until you are "one of them."

Now, I've been an employee for a full year. (I still can't believe how fast the time has gone!) In that time, I've launched a podcast and gone out on so many exciting projects. Here are some of the things I've learned that I didn't expect:

Surprise #1: How much work goes into managing wildlife and fishing

As I mentioned, even though I had done multiple stories about the DWR and knew about some of the work they did, my knowledge didn't even scratch the surface. There is So. Much. That. Goes. Into. Managing. Wildlife.

It is almost mind boggling the number of projects, research and just sheer manual labor that's required to keep healthy populations of all the different wildlife and fish species in Utah.

As one example: Previously, my knowledge of managing fish in a lake or reservoir was that you occasionally stock more fish there when they "start running low." And that every once in a great while, DWR would have to treat the water with a natural substance to kill the fish when somebody dumped in a different type of fish that messed up the ecosystem. And then they'd restock the lake with the appropriate fish. But there is so much more to it than that.

To keep with the fish stocking example, DWR does indeed have several fish hatcheries around the state where they are raising fish that they can later stock. But to even get to the point where they can start raising certain species — like cutthroat trout — they first have to get the eggs and sperm from adult fish in reservoirs and rivers. 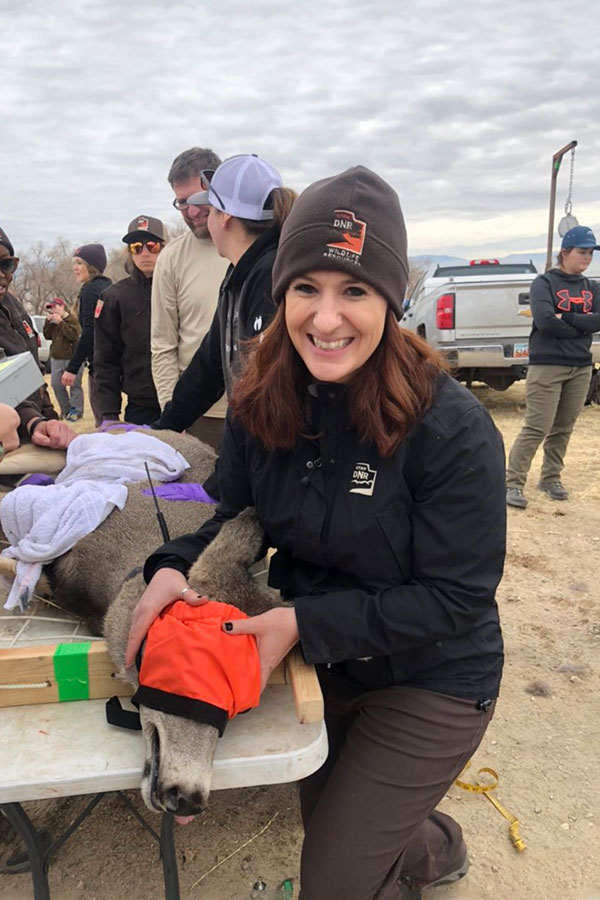 They catch these fish using nets and electrofishing equipment (which shocks the fish and makes them float to the top of the water so they can be scooped up — don't worry, it doesn't harm them.) But this has to be done at a specific time of year when the fish are spawning, so that the biologists can extract the sperm and eggs without hurting the fish. Then, that has to be mixed at an exact temperature for an exact amount of time to make sure the "fish-baby smoothie" worked. All of this takes a lot of time, manpower and research. And this is just one small component of that example. There are a lot of other facets to managing a successful fishery that I haven't even mentioned.

And this doesn't even touch on the amount of work done by the habitat biologists, the wildlife biologists, the law enforcement conservation officers, the administrators and leaders, the communication team, and so on.

Surprise #2: The DWR isn't the "catch all" for all wild animals

One of my former KSL coworkers jokingly described the DWR as "the animal department" when she forgot the official name as she was talking about my new job. And while it's a fairly accurate description, the DWR actually doesn't oversee or manage EVERY animal species in Utah.

If there are issues with feral cats or dogs, for example, local animal control handles that. The DWR also doesn't manage raccoons, jackrabbits (not to be confused with snowshoe hares or cottontail rabbits, which the DWR does manage), striped skunks or red foxes. We also don't manage wild horses or burros.

Part of the DWR's strategic plan is to "conserve, enhance and actively manage Utah's protected wildlife populations." So one of the easier ways to know which wildlife species the DWR oversees is to think about the protected species (many of which you can hunt or fish in Utah). That list includes deer, elk, moose, black bear, pronghorn, turkeys, ducks, rainbow trout, tiger muskies and cougars, just to name a few.

Surprise #3: Not every employee is a hunter

This is also a pretty big misconception. I will fully admit that I half expected to walk into the building to see everyone dressed in hunting camouflage and wearing baseball caps. Instead, the attire was a routine business casual like you'd see in most offices, albeit with a bit more tan and brown mixed in, due to those who are required to wear the official uniform.

There are a lot of employees who are passionately hunting and fishing during their weekends off, but there are also some who don't hunt or fish at all. With that said, one of my team members used to be vegan, and now she's a meat-eating hunter!

While hunting and fishing are important management tools that the division uses, and while a lot of the license sales funds go toward conservation projects, being a hunter or angler are not requirements to work for DWR.

Don't get me wrong, though — more than once I've been able to enjoy some delicious elk or deer meat that a coworker brought to the office after their hunt.

Surprise #4: How many people work for the division

Despite the division being a state agency, I was still surprised at how many people work for the DWR. There are currently over 500 employees scattered across the state in five different regions and in the Salt Lake office. (Although I've since learned that we're one of the nation's smallest wildlife agencies!)

And while many people picture every DWR employee as a conservation officer or a wildlife biologist, there are a variety of different jobs. The division has six different sections that people can work for: administration, aquatics, habitat, law enforcement, outreach (which is what I fall under) and wildlife.

Mostly, I've been surprised (and impressed) with the passion that each of the many employees has for their job. Everyone I've met so far in my short time here truly cares about wildlife and takes the mission of conserving and protecting them seriously. And while this isn't where I expected to end up in my career, I'm glad that I am here.

Faith Heaton Jolley is the public information officer for the Utah Division of Wildlife Resources. She joined the division in 2019, after working as a reporter and editor for KSL.com for seven years. She lives in Salt Lake City with her husband and daughter and loves the outdoors.