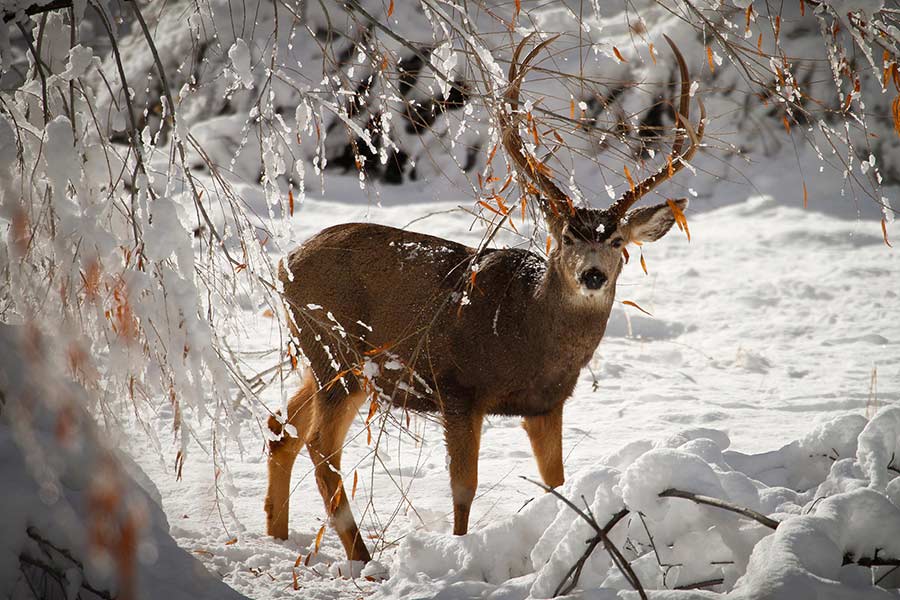 Answering your questions about big game management and predators

Our biologists weigh in on your top concerns in 2020

While running the DWR's social media accounts, I get a lot of questions about how we manage Utah's big game animals. In a recent post, we asked you to share the questions you most want answered. I sent your top questions to our biologists, and they responded in detail. They also sat down and talked about these issues in a recent episode of our "Wild" podcast.

Question: In the fall you said "we have the highest deer numbers in 25 years" and then you said this winter that populations are down. Which is it?

Answer: The statement we made in the fall about high deer numbers and more bucks on the landscape was based on cumulative data from 2016, 2017 and 2018 because we did not yet have 2019's data. Although it was accurate information, when we reviewed the 2019 survival data in December for the previous year, it became apparent that it was a harsh year for deer, with low survival rates in some portions of the state.

Although wildlife management is a science, some of the factors that affect wildlife populations — in this case, the weather — are unpredictable. Although that makes our biologists' jobs difficult, they care deeply about the resource and strive to manage Utah's wildlife in ways that benefit everyone.

Permit recommendations for fall 2020 will be presented to the public in April. We encourage everyone to review the numbers and share their input at RAC meetings and online. (Here's more information about how to get involved in our public process.) We hope this helps address some of your concerns.

Question: Why are you increasing doe and cow elk permit numbers?

Answer: The Utah Wildlife Board meeting to set big game permit numbers — including antlerless doe and cow permits — for 2020 has not happened yet. It will be held on April 30, 2020. We are still working on creating our permit recommendations for the 2020 hunting season. We hope this helps clear up any confusion that doe deer and cow elk permits have already been increased for the year.

Antlerless elk and doe hunts are also used to help minimize agricultural damage in many areas of the state. Moreover, in Utah, hunters primarily hunt for bucks and there are few doe permits available. Cutting buck permits will not improve the deer population growth. After the fall hunts, there are still enough bucks to ensure that 95% of the does get pregnant.

Question: Please explain in detail the process Utah uses for its deer counts and how permit number recommendations correlate with those counts.

Answer: To better understand this, we first need to give some background about the distinction between a count and a classification of the population. A count is when we survey an area and count all the animals in that species found within that area, sort of taking a census of the animals there to get a population number total. We do this for elk. A classification is when we survey an area and look at the total number of animals, but specify the ratios of male, female and babies for that species found in that area. We do this with deer.

In Utah, we make our mule deer permit recommendations using classifications. Utah uses the buck-to-doe ratio as an index to gauge the number of bucks that can be harvested, which determines the number of permits issued. This mule deer population and hunting management approach is not exclusive to Utah; it's used in all U.S. states and many Canadian provinces with mule deer.

We classify deer during the peak of the rut when bucks and does are together. When we classify, we identify bucks, does and fawns. On a given unit, we strive to classify at least 400 does. 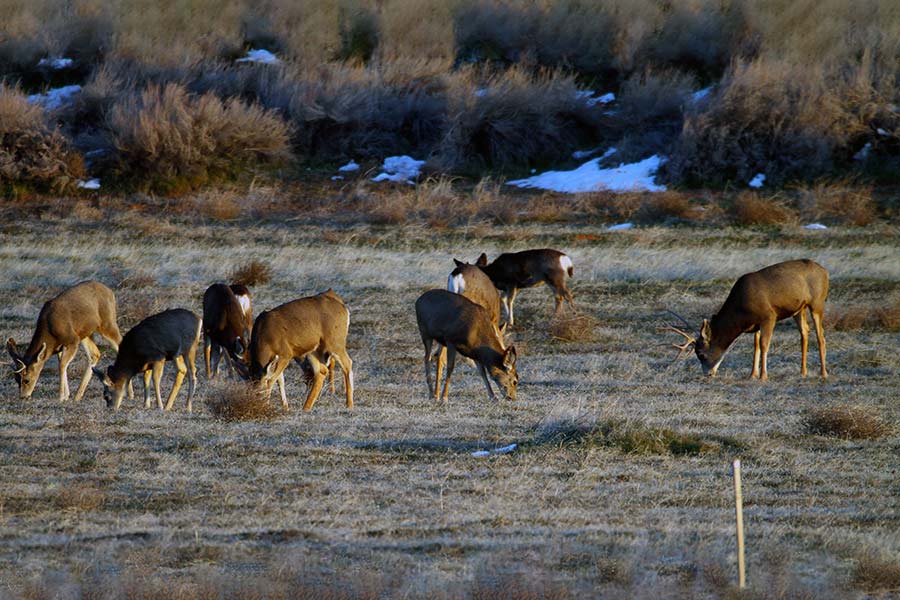 Buck-to-doe ratios are taken post-hunting season and allow us to see how many bucks are on the landscape in proportion to the does after animals have been removed by hunters. Fawn-to-doe ratios tell us what we can expect populations to be like the following year. We also monitor the survival of adult does and fawns.

Question: How can the age class of buck deer in Utah be increased? It seems that all I ever see are small bucks because we have shot too many of the big ones, leaving only small ones. Would it be possible to do a 3-point-or-better hunt statewide or something on the general units?

The graph below demonstrates the number of permits that can be issued to obtain a given buck-to-doe ratio on a population of 350,000 deer. As buck-to-doe ratios increase so does hunter success. This increase results in an exponential decrease in permits. 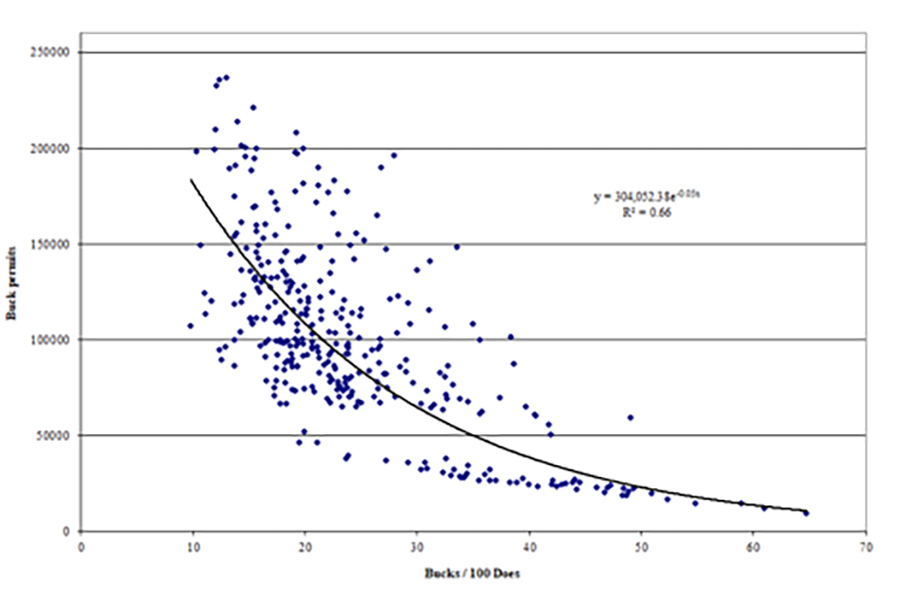 Our management strives to strike a balance between quality and opportunity, offering longer waits for extreme quality units and balancing the desire to hunt as often as possible with general-season units.

Question: Have you ever or do you ever plan to move the archery elk hunt into the rut? If not, please explain why.

Answer: This question often comes up when we rewrite the statewide elk management plan. When we survey elk hunters, the overwhelming majority prefer that the hunt structure remains the same.

Because this specific element doesn't have negative biological impacts, we manage according to the social preferences, which in this instance, the majority have said to keep the elk rifle hunt during the rut.

Question: Is anything being done to manage cougar populations on the Wasatch Unit? If not, why? 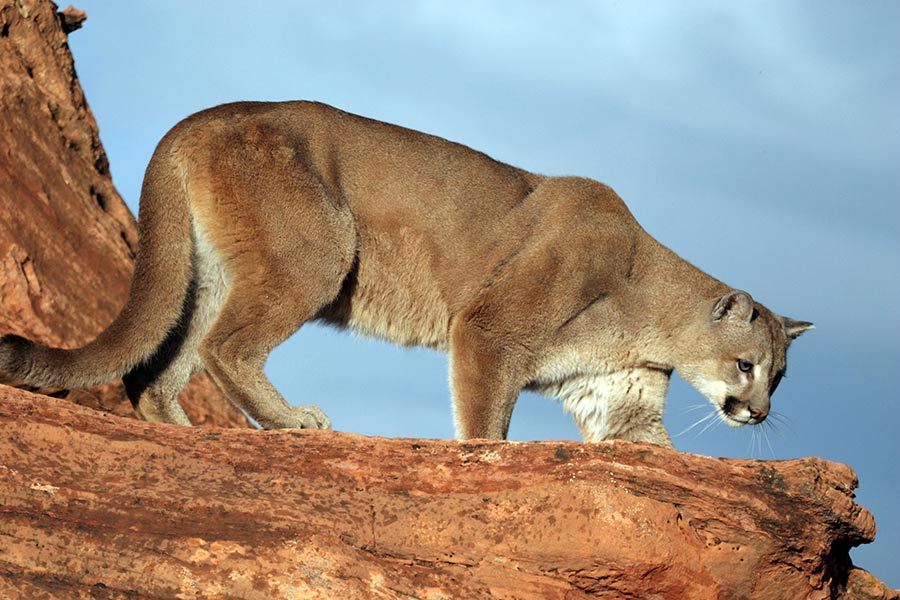 Answer: The Wasatch Unit is managed as six subunits for the purposes of cougar hunting. Four of the subunits are managed under predator management plans with the objective to reduce cougar population densities. These subunits are Avintaquin-Wildcat, Cascade, Currant Creek-North and Timpanogos.

Question: Are you going to release the data from the deer collar studies? Migration and mortality information would be a great resource. Will Utah become more transparent in sharing this data like the State of Wyoming?

Answer: We will be releasing a new website in March 2020 that focuses solely on wildlife movement and migration. The public will have access to wildlife migration corridor maps and other information related to wildlife movement. However, for ethical reasons, the movements of specific collared animals will not be released to the public.

Question: Why is it OK for the DWR to use a helicopter to capture deer and elk when they close wildlife management areas to the public during the winter?

Answer: Winter and early spring are the toughest times of year for Utah's big game animals, especially deer. To try to reduce stress on the animals, WMAs in northern Utah are closed to the public from Jan. 1 until the second Saturday in April.

When deer are exposed to hiking and other disturbances day after day for months in a row and have to constantly flee from people, it can wear them down during a time of year when they need to conserve their energy and not burn the fat reserves they need to make it through winter. 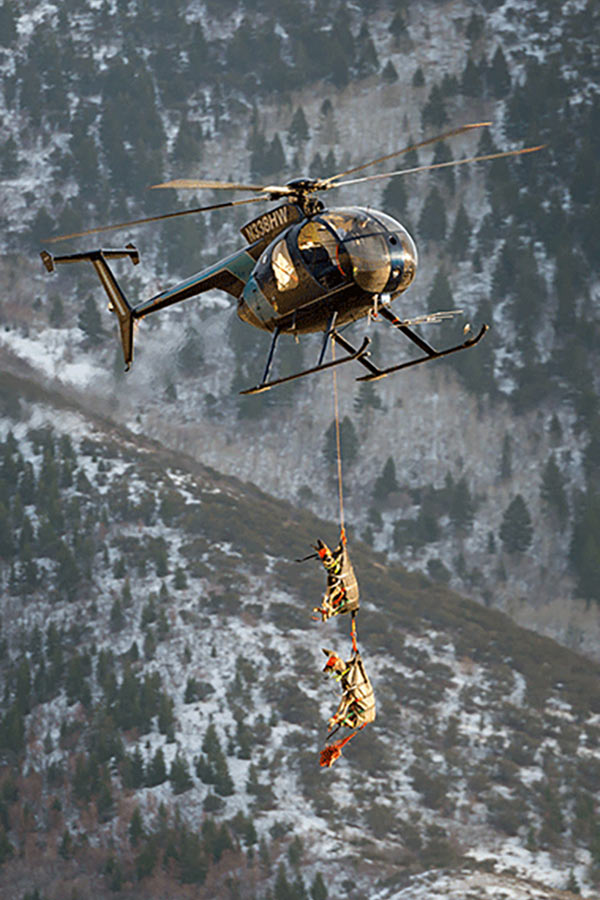 Because of the WMA closures, deer are in much better shape than they would be otherwise. The closed WMAs give them a place to rest and conserve their energy.

When the helicopter captures take place, the deer are better able to handle the brief stress it puts them under. (The captures only take one to two days, and the helicopter is only in an area for a few hours.) Putting the animals under stress — for a very short period of time — doesn't affect them much.

The DWR captures more than 1,000 big game animals each year. Most of these captures occur in December, when the animals are in top physical condition.

After capturing the animals, the biologists perform health assessments and place GPS collars on them to learn more about their migration patterns. During the thorough health assessment, biologists will measure how much fat the animals have lost since they were last captured in December, and they will also place a vaginal implant in the does. When the doe gives birth in the spring, the implant will hit the ground first, directing biologists to the fawn.

Question: How are wolves currently managed in Utah?

Answer: Currently, wolves are only delisted in a small portion of northern Utah (north of I-80 and east of I-84). The delisted zone, highlighted on the map, is the only area where the State of Utah has authority to manage, capture or kill wolves. In the rest of the state, wolves are considered an endangered species and fall under federal control. 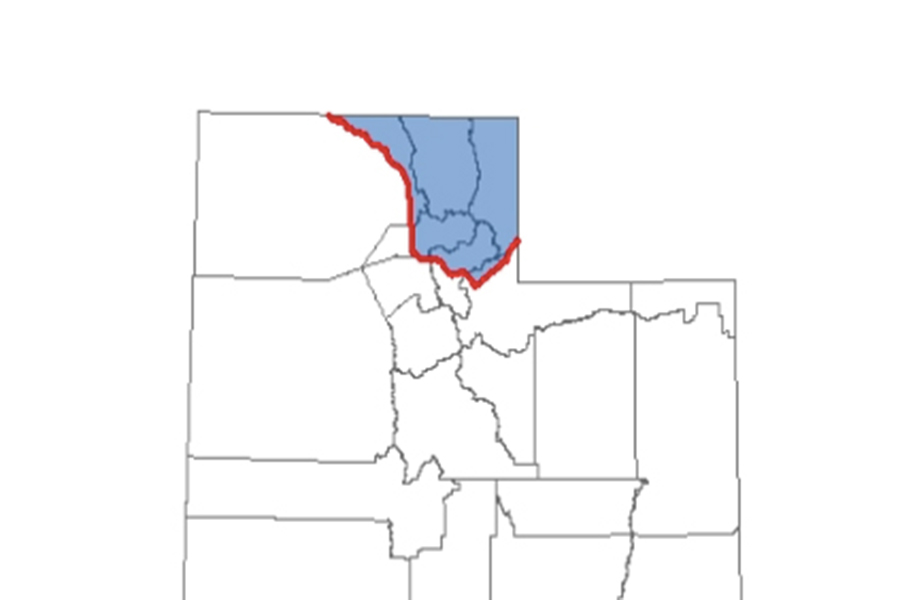 Wolves have only been delisted in the highlighted area (north of I-80 and east of I-84).

Wolves have only been delisted in the highlighted area (north of I-80 and east of I-84).

In 2010, the Utah Legislature directed the DWR to prevent any packs of wolves from establishing within the delisted portion of Utah (S.B. 36, Wolf Management Act).

The law also directed the DWR to request that the U.S. Fish and Wildlife Service immediately remove any wolves discovered in areas of Utah where they are still listed under the Endangered Species Act. To comply with S.B. 36, the DWR will prevent wolves from becoming established in this portion of the state.

The DWR has long urged the USFWS to delist wolves statewide and supports the 2019 proposal to delist the gray wolf (Canis lupus) in the lower 48 United States.

Question: How will wolves be managed after delisting?

Answer: After delisting occurs, the DWR can implement the Utah Wolf Management Plan and manage wolves responsibly, anywhere they occur in the state. The Wolf Management Plan was written by a diverse stakeholder group and first approved by the Wildlife Board in 2005 with an extension until 2030.

The plan was written to guide management of wolves in Utah during an interim period from delisting until it is determined that wolves have been established in the state (established is defined as "at least two breeding pairs of wild wolves successfully raising at least two young for two consecutive years.")

The goal of this plan is to manage, study and conserve wolves moving into Utah while avoiding conflicts with the wildlife management objectives of the Ute Indian Tribe; preventing livestock depredation; and protecting the investment made in wildlife in Utah.

During this interim period, naturally dispersing wolves will be studied to determine where they are most likely to settle without conflict. Wolves will have the same legal management status of Utah's other protected wildlife and will be subject to the same predator management policies as the black bear and cougar.

The DWR has the resources necessary for implementation of the Wolf Management Plan. Biologists in DWR headquarters and each of its five administrative regions have received extensive on-the-ground training in field identification of wolves.

The DWR has comprehensive guidelines in place to ensure the proper and consistent response to wolves in the state. If mating pairs form, DWR will be prepared to locate and monitor den sites and assess reproduction.

Utah also has baseline data on mule deer, elk and moose numbers and their causes of death, pre-wolf establishment in Utah. That data will allow DWR to better understand the impacts of wolves on prey species and will help in the maintenance of sustainably hunted populations of prey species.

Livestock owners will be given assistance in dealing with wolf depredation. Through the existing depredation program, operators will be eligible for compensation for losses of livestock to wolves.

When wolves meet the "established" definition or when it is determined that assumptions of the wolf plan have changed, the DWR will reconvene the Utah Wolf Working Group to prepare further management recommendations. 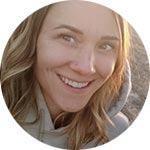 Crystal Ross is the Division's social media coordinator. She loves to go fishing, camping, birdwatching and hiking. When she's not busy working in the field or at her desk crafting stories for social media, she's likely with her family in Utah's great outdoors.