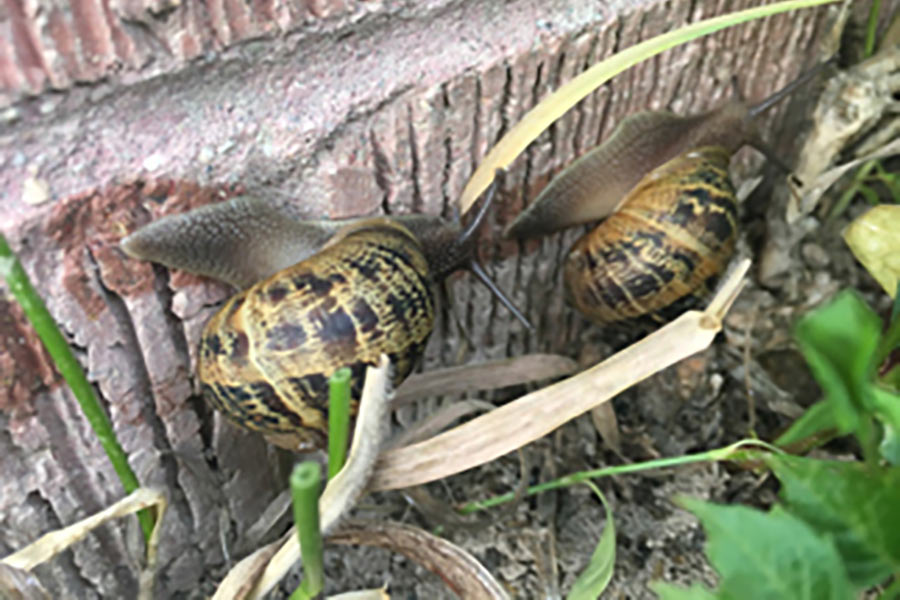 Getting to know your garden looters

Under the cover of darkness and a misty rain, the army emerges and begins its slow, steady march toward the garden oasis. Their mission? To stake claim and plunder the succulent strawberries, crisp lettuce and juicy tomatoes. Upon first glance, they appear harmless, but do not underestimate their ability to wreak havoc on a garden. Many of you know this army well — the dreaded brown gardensnail army!

Brown gardensnails marching toward the garden.

Brown gardensnails marching toward the garden.

Getting to know the brown gardensnail

Many familiar garden pests are insects, but brown gardensnails (the scientific name is Cornu aspersum) are mollusks. Utah's mollusks include terrestrial and aquatic snails, slugs and freshwater mussels. The brown gardensnail is native to the Mediterranean region and Western Europe, but it can now be found around the world.

The brown gardensnail was first introduced to the United States in the 1850s in California. Since then, the species has spread by human introduction as a food source, by moving plants (that have snails living among them), and by snail hobbyists.

Terrestrial snails prefer to live in dark, damp places — under logs and rocks — and also in dense vegetation. Your well-watered, lush garden is the perfect home for a brown gardensnail! They eat living and dead vegetation, especially plants rich in calcium, which helps with shell growth. They also seem to have a particular fondness for garden crops. They mate several times throughout the spring-summer season, and since they are hermaphroditic (having both female and male reproductive organs), each snail has the potential to produce several hundred eggs during this period.

Brown gardensnails are most active when their environment is damp and warm, which is from about April to October in Utah. When environmental conditions are not favorable for the snails, they burrow into the soil or a crevice and become dormant until conditions become favorable again. They seal off the opening of their shell with a mucous layer called the epiphragm so that they do not dry out while dormant (similar to using plastic wrap to prevent food from drying out in the refrigerator).

This snail species is common in urban garden environments and is the largest terrestrial snail you will find in Utah. Adult brown gardensnail shells are about 25–40 mm in diameter. Their shells are generally light brown with a dark brown pattern of interwoven lines (called reticulations). The shell shape of juveniles is similar to that of adults, but it is more delicate than the adult shells, and it often has fewer distinct dark brown reticulations.

There are many brown gardensnail control options that are safe for you, your family and pets, and the environment:

Help save the native snails

Before you begin battling the snails, please remember that there are many native terrestrial snails in Utah that are interesting and important ecologically, and we do not want to be killing them.

Take the western glass snail for example. (Its scientific name is Vitrina pellucida.) This species is fairly common throughout the state and can be found in leaf litter (decaying leaves on the ground) and under logs in forested areas. Interestingly, their shells are quite flexible and are too small for the snails to fully retract into them.

Like all terrestrial snails, this species helps cycle calcium through its environment by consuming food that is rich in calcium. It then passes that calcium to other animals — like birds — that eat snails. Along with the western glass snail, there are about 57 other species of land snails found in Utah, and they have a wide variety of shapes and sizes. 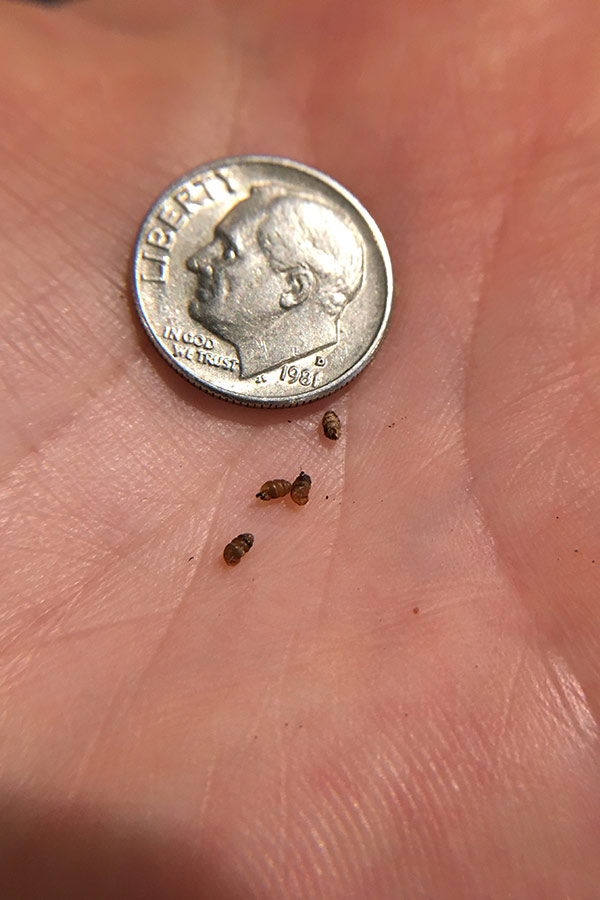 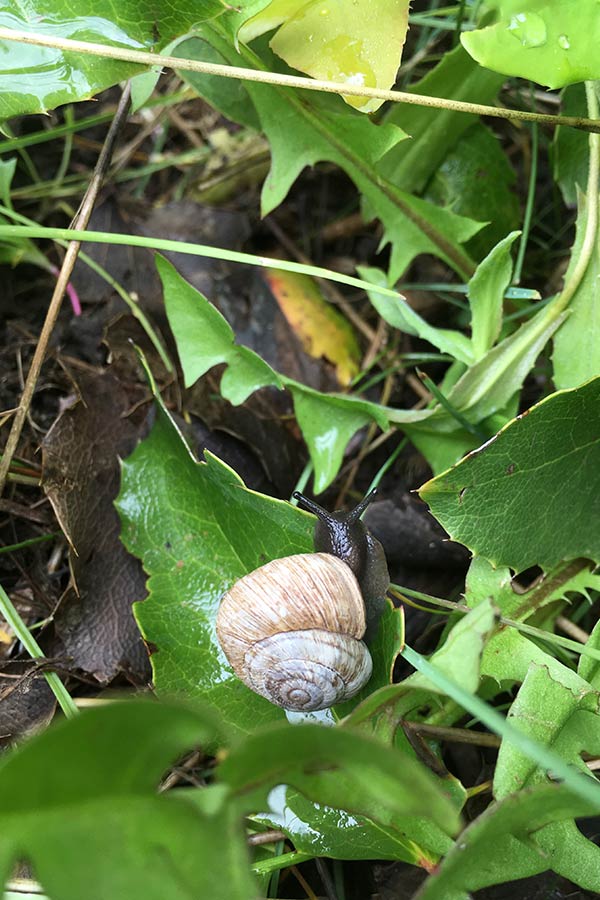 Examples of the variation in the size and shape of Utah snails: four tiny mitered vertigo (Vertigo concinnula) and a mountainsnail (genus Oreohelix) feeding after a rainstorm.

So, when you see a snail in the wild, take a moment to look closely at it. If it doesn't appear to be a brown gardensnail, please consider just gently putting it back where you found it. 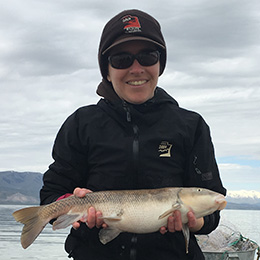 Kate has worked as an aquatic biologist across the country for the past 10 years. She has mostly worked with non-game freshwater fish, but has always had a special place in her heart for the work she has done with freshwater mussels. She is currently enjoying the opportunity to coordinate native freshwater and terrestrial mollusk conservation efforts for the Division.