Utah is blessed with upland game and lots of public lands. 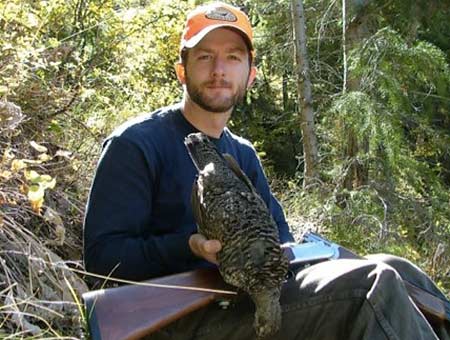 Chris with his first ever Utah blue grouse.

Chris with his first ever Utah blue grouse.

It's hard to believe fall is nearly upon us. The cool nights of the past few weeks have many of us anticipating the turning of leaves, the whirl of wings and the bugling of elk. As a kid I passed the long lonesome days between hunting seasons watching Dez Young and his setter Hank crisscross the country pursuing upland birds in the series "Hunting with Hank." Many of those adventures occurred in the West pursuing iconic game birds such as sage grouse, Hungarian (grey) partridge and blue grouse.

In late September 2006, I arrived in Utah to start a fisheries biologist position with the Utah Division of Wildlife Resources. My first weekend in town I left my new apartment clogged with unpacked boxes and an empty refrigerator to explore my new surroundings. The expanses of public land open to hunting were a bit overwhelming for a boy from West Tennessee but as I had just recently visited Strawberry Reservoir for work, I headed to the hills in the area in search of forest grouse. I can't claim to have filled my limit those early trips but they did help nurture a love for the mountains that will never fade.

As with most hunting trips, the actual harvest of a bird is just a small portion of the experience. The real treat is watching the world go by at a slower pace and spending time with great people — and where upland bird hunting is concerned — great dogs. 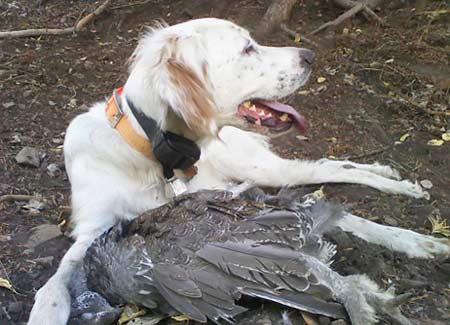 One of my most memorable hunting trips took place just a few years ago. I'd acquired a Llewellin setter puppy (named Toolik) the year before and had been spending quite a bit of time training (i.e. keeping him out of trouble) him the months leading up to September. For his first hunting trip in Utah I returned to those same woods I had first explored in 2006 in search of grouse. The first couple of hours started off a bit inauspicious, you see, before this trip I failed to fully understand the almost magnet attraction my pup had to cow manure. I've always been told to "trust your bird dog," so I can only assume his efforts were in an attempt to blend in with his surroundings (or so I tried to explain to my wife). After rolling in the first half dozen pies we encountered it was finally time to get down to some actual hunting.

After working several aspen draws intermixed with conifers, Toolik started getting excited, what most upland hunters would call "birdie." He purposefully zig-zagged around a series of deadfall trees before freezing in half stride to go on point. Although my dog will not win any award soon for pointing with style, it was nonetheless a beautiful sight. As I walked past him into the brush our small corner of the world exploded with blue grouse flushing both from behind the downed tree and from above our heads in the conifers. 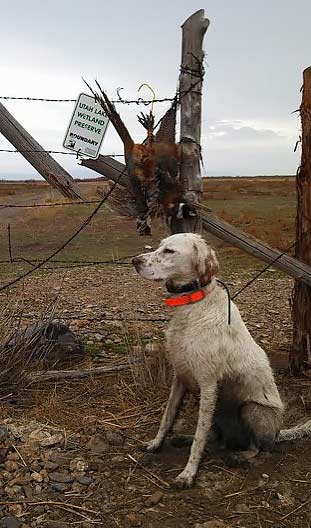 Blue grouse often prefer to live on steep slopes or near steep gullies where they can launch themselves from cover and quickly put gravity to their advantage as they rocket down slope. These birds were no exception. As several birds quickly disappeared behind cover a lone adult blue grouse sailed down slope away from us. I must admit I flubbed the first shot but finally caught up with the grouse on the second shot just as it made it over a small cliff.

If you've ever trained a bird dog I don't have to tell you how exciting a "first bird" can be. It's something akin to your first kiss or your baby's first words. I'm not sure how either one of us made it down that slope without a broken ankle, nor who was more excited, me or the dog, but after retrieving the bird we both sat down for a good twenty minutes to catch our breath, admire the bird's beautiful plumage, and enjoy what I'll always remember as a perfect moment.

Make a point this season to get out and create some memories of your own. Utah is blessed with a diversity of upland game species and a plethora of public lands open to hunting.

Chris Crockett is an aquatic biologist who specializes in native amphibians. When he isn't working, Chris enjoys fishing for native cutthroat trout, hunting forest grouse and kayaking with his wife, Emily, on the Great Salt Lake.