Finding ways to help some of Utah's less common bats 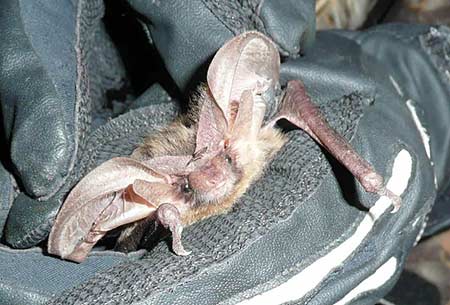 A close-up of the Allen's big-eared bat.

The Allen's big-eared bat is an uncommon bat found in the southern third of Utah. This pair of ears with a small bat behind it maneuvers its way through forests and riparian thickets, capturing insects from high in the mountains to deep in desert canyons.

A close-up of the Allen's big-eared bat.

The bats are quite particular about where they'll give birth and raise their young. Beneath loose bark on ponderosa pine snags appears to be a favorite location.

Unfortunately, snags with the right characteristics have a limited lifespan before they lose the loose bark and fall over. The widespread cutting of ponderosa snags for firewood is aggravating the situation, leading biologists to fear that a lack of maternity sites may be clouding the outlook for this species. 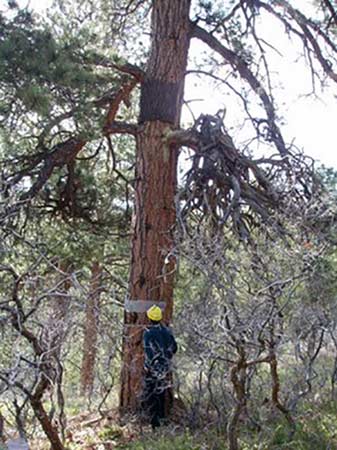 A look at the artificial bark we're placing as maternity sites for bats.

A look at the artificial bark we're placing as maternity sites for bats.

A DWR crew, using funding from Utah's Endangered Species Mitigation Fund, and with the help of the Manti–LaSal National Forest, spent the month of May putting up artificial bark on live and dead trees. We want to see if bats will roost and raise young beneath it.

A company in Kentucky makes this bark especially for bats, and it has proved successful in the east. The crew put up screen troughs on the tree trunks below the bark, which they refer to as poop-catchers. We will check these over the next few years and if all goes well, we'll have plenty of bat poop waiting for us.

There's a lot to learn about what kind of trees, which side of the tree and the height bats prefer. We — along with the Forest Service — have started up this learning curve and we hope to have a valuable management technique to add to our bat management tool kit in the near future. We'll keep you posted!