Why we need to reduce the number of small lake trout.

It's the end of December, the mercury is plummeting and ice is rapidly forming on Flaming Gorge Reservoir. Fortunately, ice fishing is a very efficient method to catch small lake trout, often called "pups." 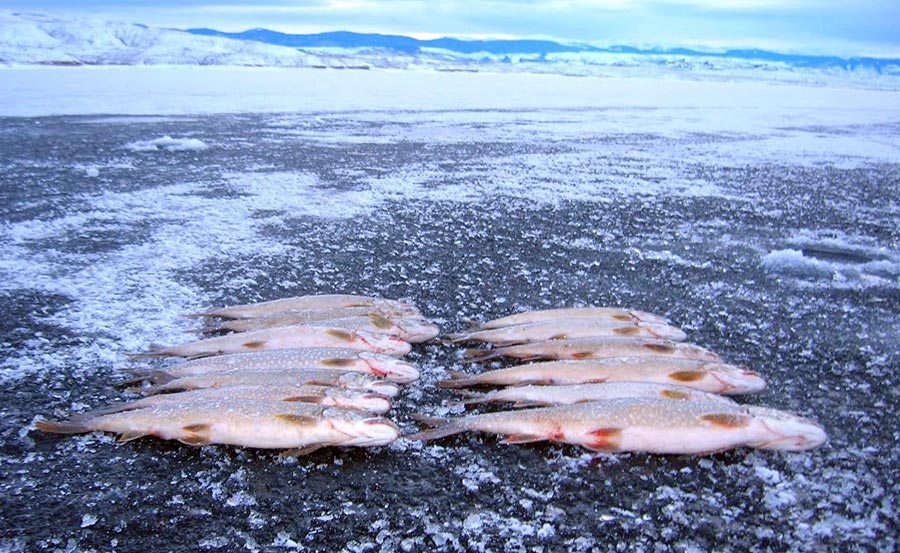 Small lake trout caught through the ice at Flaming Gorge.

Small lake trout caught through the ice at Flaming Gorge.

Current fishery data shows that small lake trout are becoming increasingly abundant, which concerns biologists, but may provide ice anglers with some quality fishing opportunities this season. Before you prep your gear and venture onto the ice, here's an update on the status of lake trout and how anglers can assist in managing this truly remarkable fishery.

Annual sampling has been completed by Wyoming Game and Fish (WGFD) and Utah Division of Wildlife Resources (DWR) since Flaming Gorge began filling in 1964. These surveys have monitored trends in health and abundance for popular sport fisheries like kokanee salmon, rainbow trout and of course lake trout.

In response, both WGFD and DWR liberalized the lake trout limit to eight lake trout/mackinaw, only one may exceed 28 inches in 2006. The primary goal of the regulation change was to boost harvest of the more abundant, smaller size classes of lake trout, thereby reducing predation on kokanee salmon and rainbow trout as they grow into fish-eating size. 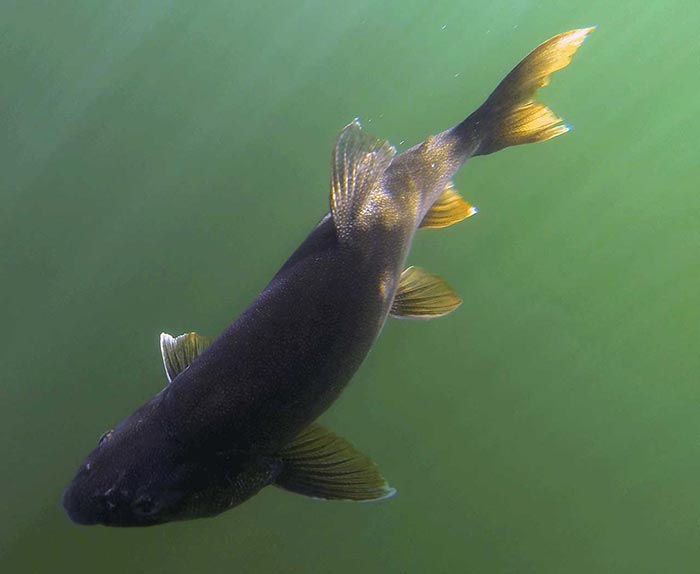 The benefit was two-fold: kokanee salmon and rainbow trout are valuable sport fisheries; they are also the food source that sustains the trophy lake trout in Flaming Gorge.

Here we are, a decade later, and reducing the numbers of small lake trout is just as important. Last spring, annual netting revealed an 89 percent increase in the number of lake trout that measured less than 25 inches. Biologists also aged over a hundred lake trout of varying sizes, and it was immediately clear that they are growing much slower than they did back in the 1980s and 90s. For example, in 1992 a 30-inch lake trout was eight to nine years old, but today a fish that age is only about 23 inches!

It's no surprise that angler harvest is the most efficient tool to assist managers in controlling numbers of small lake trout. Therefore, fisheries managers from both WGFD and DWR strongly encourage anglers to harvest small lake trout, especially during the upcoming ice fishing season when they are easier to catch. By thinning the smaller lake trout, anglers are promoting healthy populations of kokanee salmon, rainbow trout and of course trophy lake trout. 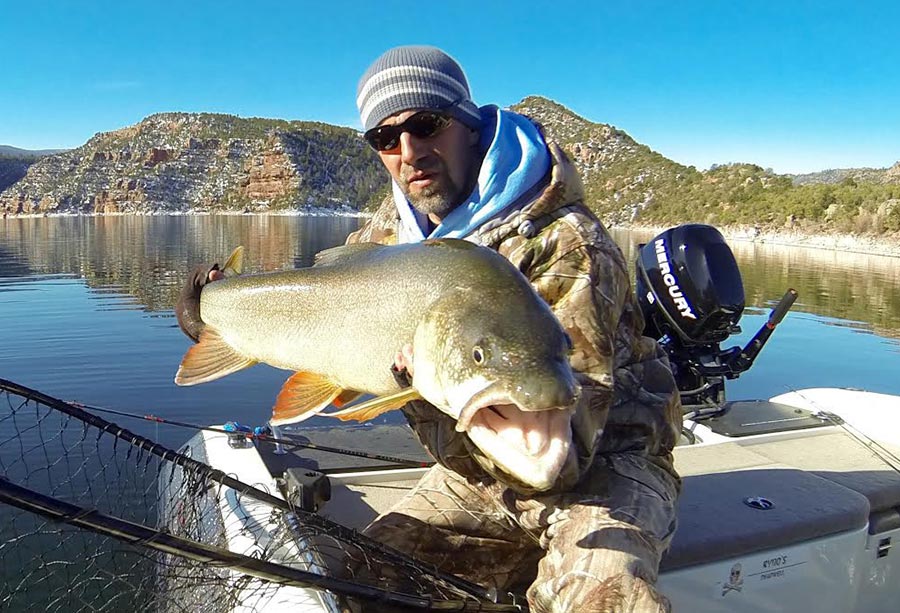 The goal is to boost harvest of the more abundant, smaller size classes of lake trout, thereby reducing predation on kokanee salmon and rainbow trout as they grow into fish-eating size.

The goal is to boost harvest of the more abundant, smaller size classes of lake trout, thereby reducing predation on kokanee salmon and rainbow trout as they grow into fish-eating size.

Anglers should expect fishing for small lake trout to be good as ice forms in the main channel areas of the reservoir, specifically near the region between Buckboard Marina and Lost Dog (confluence of the Green and Black's Fork rivers). Lake trout are commonly found along main channel points and breaks between depths of 50-100 feet. They are typically found close to the bottom, but it's not uncommon to catch them suspended in the water column.

Having a fish finder is a plus. Popular lake trout baits include three-inch tube jigs or curly tails in white, watermelon and glow colors, rigged on a 1/4- to 1/2-ounce jig. Tip lures with white sucker or chub meat. Jigging spoons, blade baits and minnow raps will also work well, depending on fish activity.