Read the hows and whys of stocking sterile fish in Utah waters.

WHEN WE FIRST shared news that we planned to stock sterile walleye into Red Fleet Reservoir, we got some confused looks. Most were wondering a couple things:

Walleye are predatory fish that are fun to catch and taste delicious.

Walleye are predatory fish that are fun to catch and taste delicious.

I’m hoping to help answer these questions in this post.

How do you sterilize fish?

During the last few weeks, we’ve been using nets and electrofishing equipment to collect walleye from Willard Bay. The nets are a specific size and material so that walleye mortality is minimized and fewer fish of other species are caught.

Note: Some anglers have expressed concern over the effect our operation could have on Willard Bay’s walleye. We are producing some non-sterile fish to be stocked at Willard Bay to offset any effects on the walleye population. 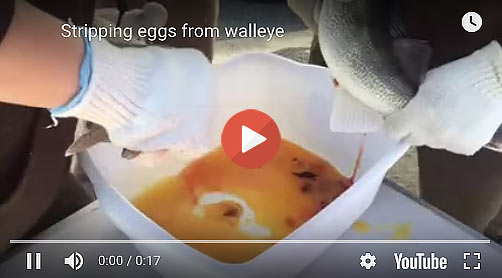 Once we’ve collected the fish, we bring them to shore and sort them by sex. We strip the eggs from five females into a plastic dish. Then we express the sperm from three males onto the eggs. Then we add water and stir.

We add a chemical called tannic acid to the eggs exactly one-and-a-half minutes after adding the water. Walleye eggs are very sticky, and that causes problems when they’re incubated in the hatchery. The tannic acid reduces the stickiness.

After stirring for three minutes, we rinse the eggs to remove the tannic acid.

We then place the eggs into a specially designed sieve that goes into a hydraulic pressure chamber on site. This chamber subjects the eggs to 9,500 PSI of pressure for 10 minutes.

All of the previous steps are timed as it is critical that the eggs are subjected to this pressure beginning exactly seven-and-a-half minutes after they were first fertilized. 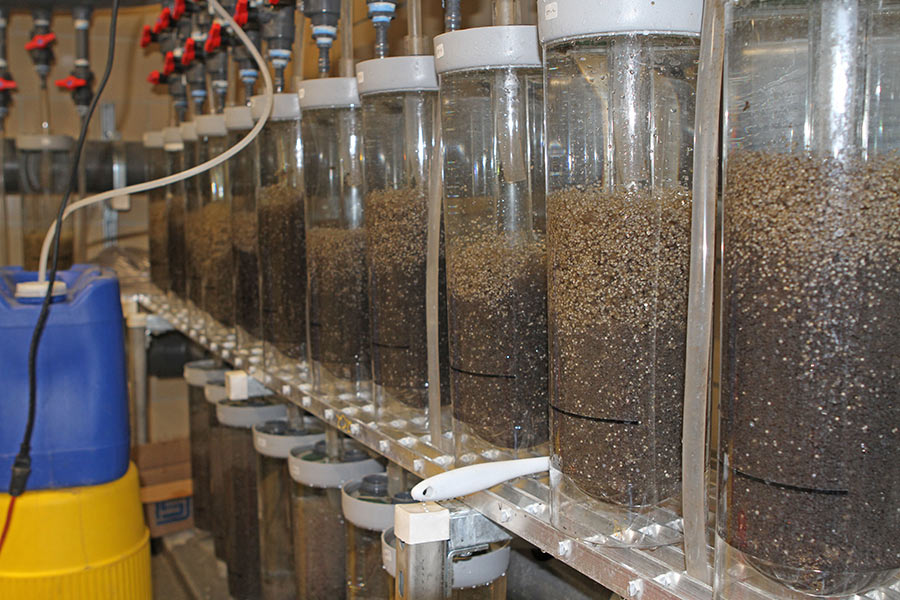 After the eggs are held at 9,500 PSI for 10 minutes, the hydraulic pressure chamber is de-pressurized and the sieve holding the eggs is removed. We move the eggs to a cooler of water, then they’re transported to the Springville Hatchery where they are hatched.

Once the walleye fry hatch and rise up from their eggs (after about 14 days), they’re ready for testing.

We send a sample of about 200 fry via overnight mail to Virginia Commonwealth University. A professor there uses a machine called a flow cytometer to measures the quantity of DNA in the cells of the fry. This determines if the fish are triploid (sterile).

Now the fish are ready for stocking! And that’s how it’s done.

Randy is the Sport Fisheries Coordinator at the DWR. He specializes in aquaculture, invasive species control and fisheries management.